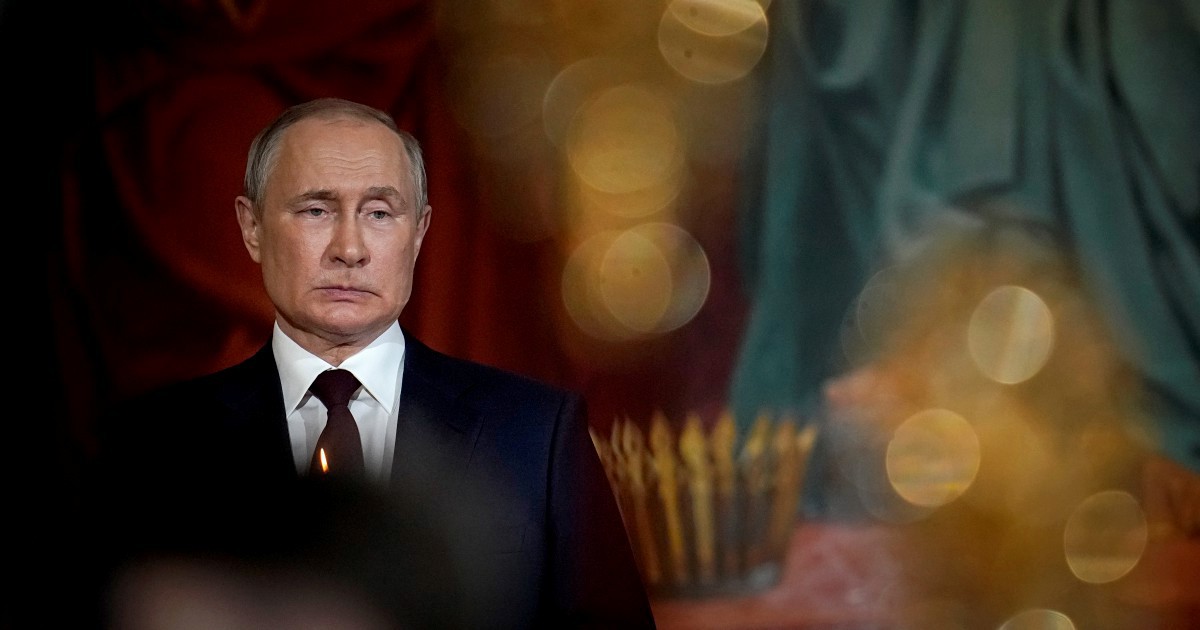 “Putin has already lost the war of the European seas. His threats have pushed Sweden and Finland to renounce historical neutrality”

Increasingly, the Kremlin dreads NATO’s “deceitful” enlargement to the East as one threat against Russia: indeed, we can say that the “Atlantic fear” is at the center of Russian propaganda as a justification for every action. However, it was right Vladimir Putinwith years of not too veiled threats to neighbors and now with the war of aggression against Ukraine, to pave the way for greatest geopolitical and geostrategic disaster of Russian history, namely the virtual annihilation of military capabilities Russians in the Baltic Sea and also in the Arctic. In short, of everything that from Peter the Great to Yeltsin, passing through Catherine II and Stalin, was considered essential for Russian sovereignty: Russia’s position of geopolitical and military advantage in the cold European seas. What has the modern tsar been up to? Let’s go in order …

Last February 24 the Russian attack on Ukraine has put Swedish politicians into deep apprehension, as not even Germany and the Soviet Union had managed to do throughout the 20th century. Stockholm suddenly opened its eyes and realized that it was no longer the case to underestimate the gravity of the Russian threat: This happened at the height of a decade in which Scandinavians witnessed the strengthening of base in Kaliningrad and to its filling of nuclear missilesto the simulation of nuclear bombing of Sweden during the Russian exercises in 2013, to repeated cyber attacks and a trickle of airspace violations with fighter jets and bombers. As a strong but well-considered reaction, Stockholm has decided to abandon his secular armed neutralityreceiving from the Anglo-Americans, even before joining NATO, the guarantee of its own security, the same granted to neighboring Finland.

But if Helsinki needs to protect more than 1,300 kilometers of land border with the Russian Federation, Stockholm in one fell swoop secures the most strategic location in the Baltic, that one, from Russian sights.Gotland Island which in the inland sea of ​​north-eastern Europe – as we shall see shortly – performs the same function as Sicily and Malta in the Mediterranean. Approximately as large as the provinces of Frosinone and located 150 kilometers from the Swedish capital, it is located approximately 300 from the Russian enclave of Kaliningrad and 600 from the Russian naval base near St.Pietroburgo. In short, it helps to greatly reduce the threat posed by the exceptional concentration of Russian conventional and nuclear weapons in Kaliningrad, making it impossible to supply it in the event of a conflict. Then, being ahead of Latvia, it solves the great logistical-strategic problem of the defense of the Balticswhich until the day before yesterday was only possible through the narrow Suwałki passage, the barely 100 kilometers of fborder between Poland and Lithuania. Now, the narrow corridor, throttled between Kaliningrad itself and Belarus, can be bypassed by sea and no longer represents a handicap.

Not that the Swedes have been watching for ten years: worried about the constant coming and going of Russian half militaries in their waters and in their skies, after having fortified the island in 2015in 2021 they placed three land brigades heavy and placed a medium-range surface-to-air missile system to guard Gotland, and then proceeded to purchase a air defense system long-range Patriot and double its defense budget. In doing so, the island was transformed into “an unsinkable aircraft carrier,” in the words of the general Christopher Cavoli, commander of the American forces in Europe. Neither neighboring Finland she only relied on her lucky stars for her own safety, but she recently ordered 64 F-35s in a deal worth $ 10 billion. The Finnish forces, again according to General Cavoli, are “well equipped, very well trained, very rapidly expandable, exercised very frequently” and very ready to defend the very long border with Russia.

It is no coincidence that the Duma, that is the Russian parliament, is preparing to discuss and vote on theabolition of the recognition of independence from Lithuania, Latvia and Estonia: the Kremlin thus wants to move the new Iron Curtain to the line that connects San Pietroburgo and Kaliningradincluding the three Baltic republics in its own sphere of influence and domination. But they are ambitions destined to remain frustrated … Having terrorized Finland to the point of making them give up their policy of neutrality and non-alignment was a sensational own goal by the Kremlin: from Russia’s point of view, Finland’s membership of NATO is a disaster , however you look at it. From now on, as some Atlantic Alliance officials pointed out, there is no credible scenario in which the Russians could launch even a limited attack without the Finns turning the entire Russian fleet in the Baltic… into submarines. Among other things, the Russian Kola Peninsula, in the far north of Europe, where its nuclear submarines – real ones, not sunken ships – and the Arctic navy are based, borders Finland to the west. This means that Russia suddenly became vulnerable, as well as the entire military district near St. Petersburg. Just as the Russian battalions deployed in the far north of Scandinavia on the border with Norway have become obsolete – and a bit pathetic – which now have two Countries that are no longer neutral. On closer inspection, this disaster is the only… success achieved by the Kremlin in almost four months of war.