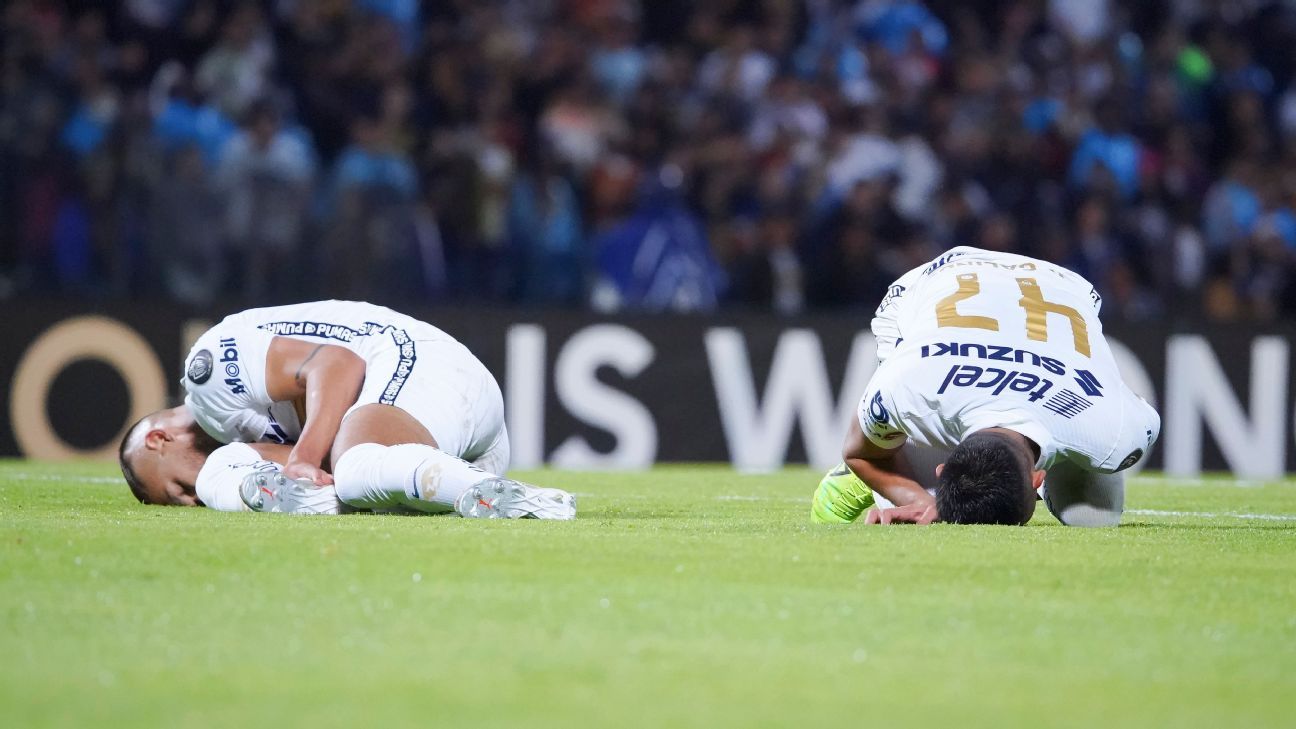 The felines collapsed during the complement of the duel against the Seattle team, which took advantage of two penalties to equalize the series for the ticket to the Club World Cup.

Seattle Sounders threatened that it was time to end the dominance of Mexican teams in the Concacaf Champions League. He took the first step, tying at two goals at the Olympic Stadium, in a match that seemed impossible for those of the MLS.

“The discourse is going to change,” said those of the Seattle Sounders 24 hours before the game against Pumas, with the desire to invalidate the chant that Liga MX is above MLS and they have already struck the first blow.

Dinenno appeared by surprise, after being injured all week, and in 90 minutes he experienced all his facets, missing a penalty, scoring two goals, falling to the grass due to a possible injury, and lamenting the last-minute draw by Seattle .

Until the 46th minute, the game seemed impossible for the MLS team, because Dinenno had a double and Pumas was in control of the game.

The university students had already sacrificed Alan Mozo, who came out on crutches at the end of the game, and the Sounders’ reaction came through criminal channels.

The 2-1 was scored by Lodeiro, with a penalty kick provoked by Sebastián Saucedo and capitalized by Nicolás Lodeiro. The tie at two came when CU was celebrating the hypothetical 2-1 victory.

Chispa Velarde brought down the Seattle Sounders forward and referee Iván Barton scored a penalty. He checked in the VAR and confirmed his decision.

Lodeiro made it 2-2, a score that threatens the dominance of the Mexican teams in the Concacaf Champions League and puts the Pumas on the ropes, unable to win at home.

The university students must go to win at the home of the Seattle Sounders, whose goal is to be the first American team to win the tournament.