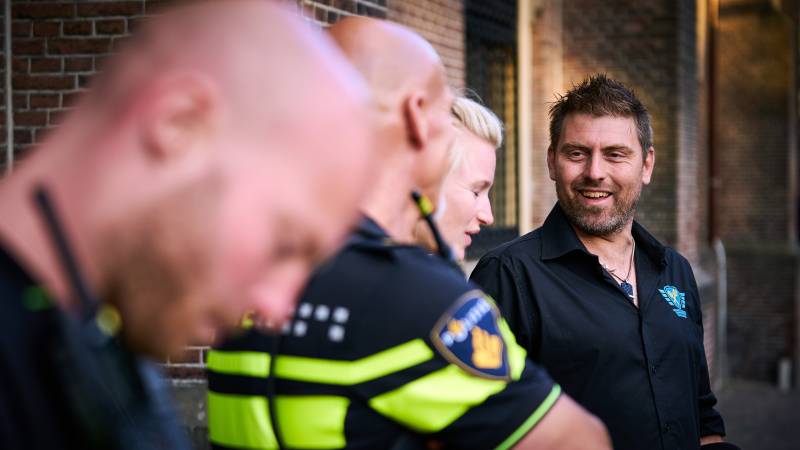 A Volkskrant interview with the leader of the action group Farmers Defense Force leads to disapproving reactions. Minister of Justice Yesilgöz speaks of “public intimidation against a politician” in response to statements by Mark van den Oever.

For example, FDF leader Van den Oever had said that “it could just happen” that “many more” farmers come to the home of nitrogen minister Van der Wal. He also called the minister’s children “pussys”, or sissies, because, according to their mother, they were afraid when a group of farmer activists stood in front of the house last week.

“As far as I’m concerned, this is across the border, just like blocking tracks and highways,” Justice and Security Minister Yesilgöz tweeted. Van den Oever had also said that the FDF is prepared to block highways, shut down the food supply and move to Schiphol.

D66 party leader Paternotte also criticized the words of the FDF leader. At the party congress in Den Bosch he spoke of “misbehavior of threatening farmers”. And: “In our country, the rules of the rule of law apply and not the law of the tractor.”

Paternotte wants to see whether demonstrations at the front door of ministers or, for example, journalists can be banned.

‘Leave the Holocaust out of it’

In the interview, Van den Oever again compared the treatment of the farmers with the persecution of the Jews during the Second World War. According to him, the government’s nitrogen plans are an attack on a population group.

“These kinds of stupid statements are the breeding ground for anti-Semitism,” says VVD MP Ellian on social media. ChristenUnie party chairman Segers also thinks the comparison of the FDF leader goes too far. “We are happy to discuss fair policies and perspectives for farmers, but please leave the Holocaust out of it.”

Also according to Van der Wal and agriculture minister Staghouwer, the reference to the Holocaust is inappropriate. “It’s comparisons to the atrocities of the Second World War that cannot be done.”

LTO chairman Sjaak van der Tak responded to the interview by again arguing for “appropriate and dignified” farmer protests. The farmers’ interest group believes that tractor protests are justified, but not visiting politicians at home.

Party chair Caroline van der Plas of the BoerBurgerBeweging (BBB) ​​does not support “actions where people are visited at home, nor actions where citizens are deprived of food”, she writes on Twitter.