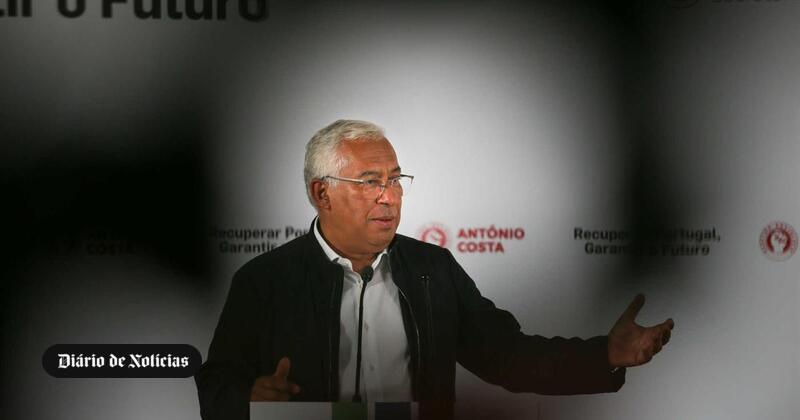 António Costa’s popularity is declining, but the wearer of the leader does not affect voting intentions in the PS, which, if there were today legislative elections, would have 38.9%, according to the Aximage survey for the DN, JN and TSF . The Socialists are once again worth more than the sum of all the parties on the Right, thanks to a new stumbling block by the PSD, which loses two points compared to April (24%). On the left, the news is not good either, with BE losing more than a point (8%), despite maintaining third place, ahead of Chega (7%). These are followed by CDU (5.7%), Liberal Initiative (5.2%), PAN (3.7%) and CDS (1.4%).

The gap that separates the PS from the PSD has widened to 15 percentage points, after a month in which the former rose a few tenths in the projection of electoral results, while the latter dropped a little more than two points. If the Social Democrats stayed at this level in elections, it would be their worst result ever (at the level of 24.4% in the 1976 elections). As for the Socialists, they would be three points above the results of 2019, but far from the 44% of Guterres and 45% of Socrates, the only time they achieved an absolute majority in the Assembly of the Republic.

The electoral resistance of the PS is even more significant when one realizes that António Costa’s popularity has suffered a significant shake-up. Despite being the only leader with a positive balance, he saw the margin narrow, whether in the assessment as secretary general or in the assessment as prime minister (as we realized Saturday). The best explanation for the paradox is perhaps the Portuguese distrust of the alternative. Because Rui Rio, who was already starting from a negative level, sank even more abruptly than Costa.

One of the consequences of the divergent paths of the two main parties is that the gap between the Left and Right groups already exceeds 15 percentage points. Being significant, it is three points less than what was seen in the last legislative elections. And maybe that’s because the ratio of forces to the Right is no longer the same, as is being shown from barometer to barometer.

The political bloc ranging from the PSD to Chega, and which met in May under the umbrella of the Europa e Liberdade Movement, now totals 37.6 percentage points, one less than in April and two less than the peak reached in last February (39.5%). But that’s three points more than in the last elections (and one more than the coalition led by Passos Coelho and Portas in 2015). The so-called new Right seems to have the potential to add some votes and not just split them.

With the PSD losing points to the PS and its Right (see vote transfer map below), Chega, despite the slight weariness felt this month, continues to be the party with the highest growth since the 2019 elections (almost six points); while the Liberal Initiative also gains a few tenths and is growing almost four points compared to the last legislative ones. Liberals, Social Democrats and, above all, André Ventura’s Right-wing radicals are largely responsible for the current irrelevance of the CDS (even if centrists gain a percentage point from April to May).

The picture on the Left is much more stable. The current sum of the three parties that formed the “gimmick” is 53 points, the same they achieved in the last legislative sessions. If the PAN joins the bloc, which has helped to make the socialist government’s budgets viable, it is almost 57 percentage points.

Still, the balance of power is not exactly the same, noting that socialists are eroding their partners. Starting with the Left Bloc, which, after a three-month cycle always growing, suffers a break of more than one point, not benefiting at all from the fact that it held its Convention (the equivalent of the Congress of other parties) during the month of May.

The communists, despite a remarkable stability (always around the six points on all barometers), also have no reason to smile: they continue a few steps below their blocist rivals and to lose a few tenths compared to the last legislative ones, in which they had already registered his worst result ever.

Occasional partner of the Left, People-Animals-Nature this month managed to reverse a downward trend and once again surpass the threshold of the 2019 elections. A good harbinger of the days when it replaces the “historic” André Silva with Inês Sousa Real.

The survey was carried out by Aximage for the DN, JN and TSF, with the aim of evaluating the opinion of the Portuguese on issues related to current politics. The fieldwork took place between the 26th and 30th of May 2021 and 796 interviews were collected among people over 18 years of age living in Portugal. Quota sampling was carried out, with sex, age and region, based on the known universe, rebalanced by sex, age, education and region. The sample of 796 interviews corresponds to a confidence level of 95% with a margin of error of 3.4%.

The responsibility for the study is Aximage Comunicação e Imagem, Lda., under the technical direction of José Almeida Ribeiro.