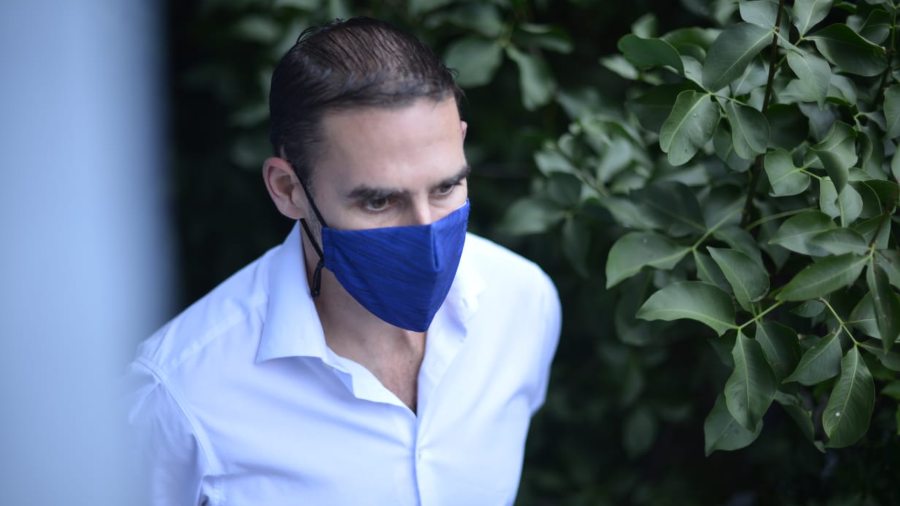 Also the provisional arrest is for Fernando Heriberto Ortiz. As of today, he will go on a hunger strike, says Muyshondt, and assures that the judge was pressured by Minister Rolando Castro.

The former mayor of San Salvador, Ernesto Muyshondt, along with two former employees of the Mayor’s Office of San Salvador faced this day an initial hearing for the crime of appropriation of tax withholding.

The court decreed provisional detention for Muyshondt and Fernando Heriberto Ortiz, while Francisco José Rivera Chacón ordered alternative measures to preventive detention for the crimes of appropriation of tax withholdings.

As of today, he will go on a hunger strike, Muyshondt said, and assures that the judge was pressured by Minister Rolando Castro.

This Monday, the Minister of Labor said in a conference that any judge who does not adhere to the law and wants to favor the former mayor, in reference to the process he faces, will be taken to the judicial investigation department to proceed against him, according to the statement. YSKL.

This is the third process facing the former capital city, for which he is detained at the facilities of the National Civil Police.

Muyshondt was arrested again after being exonerated of the crime of appropriation of tax withholding by the Tenth Court of Peace.

A few minutes he was free since another arrest warrant from the Attorney General’s Office was read for the same crime, but this time to the detriment of the Solid Waste Directorate of the Mayor’s Office of San Salvador.

See also  ″It will be a war of at least a year and it will only end if Putin dies, is killed or we kill all Russian troops″

This morning, the union related to the Government, Astram, closed the Tutunichapa Boulevard, in front of the facilities of the Isidro Menéndez Judicial Center, to pressure the court that is leading the process and order provisional detention to the former mayor.

The Attorney General’s Office reported that the three defendants had withheld $ 275,145.31 from income tax to the detriment of the public treasury corresponding to the period from June to December 2020. However, the total amount amounts to $ 550,290 with interest and fines, according to the Prosecutor’s Office .

Portillo Linares has another judicial process for the appropriation of the withholding of labor fees to the detriment of 45 employees of the Mayor’s Office of San Salvador, for more than $ 678,000. After posting a $ 10,000 bond, he was released last October.