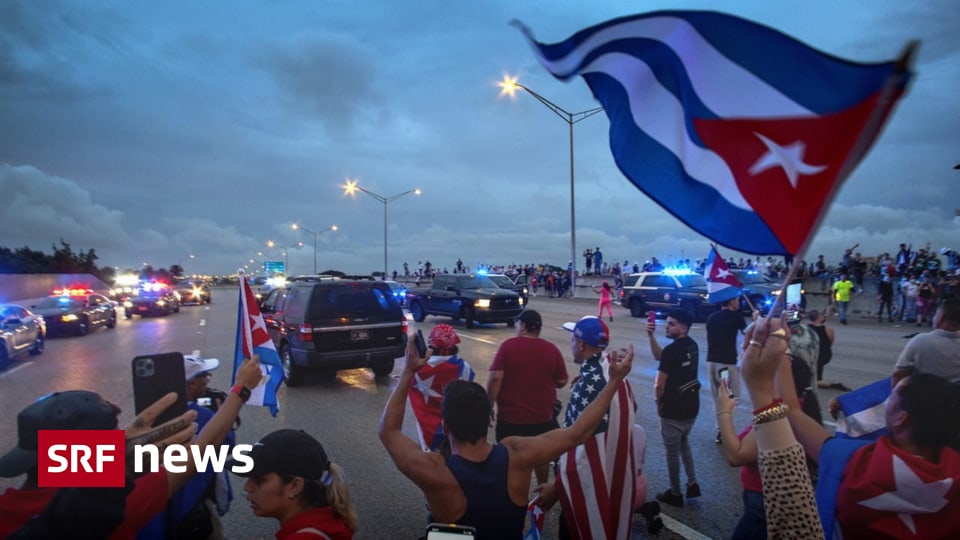 Politicians from the communist country compare the situation with Syria and Kosovo. They call on Biden to act.

Demonstrations in Cuba against the communist government are a rarity. No wonder there was a stir when tens of thousands took to the streets in Havana and other cities last Sunday. So far, the regime has always succeeded in nipping protests in the bud. In South Florida, where hundreds of thousands of Cubans have fled since the revolution in the 1950s, the protests have sparked strong reactions.

For the local media in South Florida there is currently only one topic: the situation in Cuba and the demonstrations in Miami in support of the protests there. On Tuesday activists occupied a busy city highway for hours. And support groups are planning aid deliveries with private boats.

For longtime anti-Castro activist Orlando Gutierrez one thing is clear: the Cuban government will cause a bloodbath. That is why the international community now has to intervene under the leadership of the United States – to prevent what happened in Syria, for example, and to bring the Cuban regime to an end, said Gutierrez.

Francis Suarez, the otherwise level-headed mayor of Miami, compared the situation in Cuba with the war in Kosovo and demanded that air strikes on Cuba should now be considered. MEP Elvira Maria Salazar, also of Cuban descent, recalled the miserably failed CIA invasion of the Cuban Bay of Pigs in 1961. At that time, the Cubans in exile were betrayed by the US government. That shouldn’t happen again, warned Salazar.

For the second time the US now has the historic chance to liberate the Cuban people, said Salazar. The responsibility now lies clearly with President Joe Biden, said the MP. This time the US government must make the right decision. So far, Biden has not commented on the demands of the Cubans in exile in Miami.

However, military action is currently unlikely. But domestically, there is growing pressure on the president to show his true colors.

The pictures of Barack Obama can still be remembered when he visited Cuba as US President and shook hands with Raúl Castro: He was striving to normalize relations with Havana. His successor, Donald Trump, was completely different: he relied on sanctions and blockades.

But it is currently not entirely clear what Cuba policy Joe Biden is pursuing. On Monday, he clearly stood behind the protesters in Cuba and asked the communist government not to use violence. But to this day he has not yet disclosed in principle which course he intends to pursue towards Cuba. Will he continue the tough course of his predecessor or will he loosen the blockade policy again?

It is important that the older Cubans in exile in particular still vote consistently in the Republican way. Hard tones compared to Havana are also well received by younger people. This was shown in the last election, when Trump scored big with his anti-socialism rhetoric among the Latinos in Florida.
In view of this segment of the electorate, Biden will probably have to consider carefully whether he wants to return to Obama’s softer course.

Democratic party strategists are currently demanding that he finally travel to Miami and talk to the Cubans in exile. Because so far he has left this field almost entirely to the Republicans. At the same time, Biden will be careful not to overthrow the US on a questionable military adventure, as is currently being demanded in Miami.