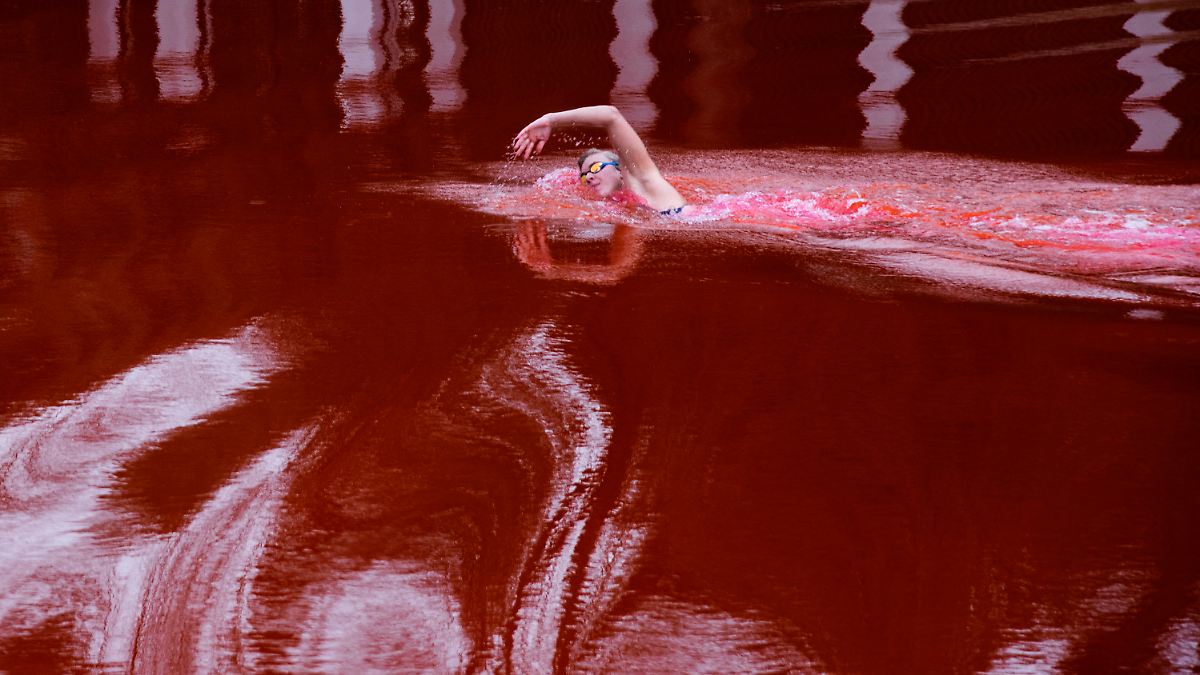 After the Russian attack on Ukraine, many athletes show their solidarity. The Lithuanian world-class swimmer Ruta Meilutyte attracts attention with a particularly creative form of protest: the 25-year-old swims through a pool of “blood”.

Sport has become a minor matter for Ruta Meilutyte. On Twitter, she shares little about swimming, instead focusing on information for Ukrainian refugees and articles on Russian propaganda. She now went even further to express her opposition to the Russian war of aggression.

As part of an art event, the 25-year-old Lithuanian swam through a pond in front of the Russian embassy in Vilnius. Activists had colored the water blood red in an environmentally friendly way. The protest was accompanied by a clear message to Russian President Vladimir Putin. “Putin, the Hague is waiting for you” (German: Putin, The Hague is waiting for you) had the participants visibly written on a street in front of the lake. The International Criminal Court, which deals with the prosecution of war crimes, is located in The Hague.

Meilutyte wrote on Twitter that the red pond should “underline Russia’s responsibility for the war crimes against the Ukrainians. We must not be stunned by the horrific images. The seemingly never-ending horror that Russia inflicts on Ukraine must not become the norm.” , she appealed. With her swimming, meanwhile, she wanted to point out that “continuous efforts” were necessary to ultimately prevail against Russia and ensure justice.

Locally, the 2012 Olympic champion in London also called on other people to do more for Ukraine: “It is important that we continue to act – spreading truthful information, volunteering, protesting, donating and urging governments to act,” said Meilutyte .

It became particularly clear when looking at the German role in the conflict: “If countries like Germany don’t intervene and don’t impose appropriate sanctions against the aggressor and don’t put money before people, it’s difficult to have hope,” said the swimmer, who was born in Kaunas .