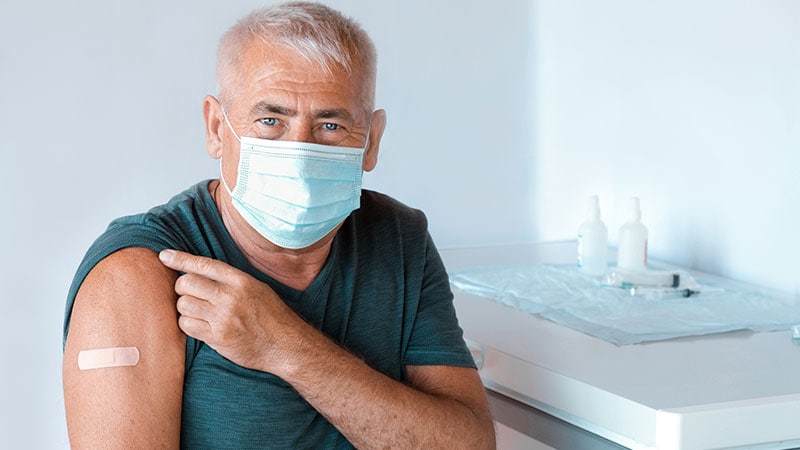 Paris, France – After a third or fourth dose of vaccine against Covid-19, if the protective effect against symptomatic forms seems to disappear beyond three months, protection against severe forms of the disease remains significant, according to the latest data from the Directorate of Research, Studies, Evaluation and Statistics (Dress)[1].

In people aged 40 and over, analysis shows that protection against hospitalization or death for Covid-19 is between 75% and 90%, depending on age, within three months of one or two booster doses. Beyond that, the protection remains between 57% and 80%.

As part of its weekly monitoring of data on the Covid-19 epidemic crisis, DREES has provided new estimates taking into account the second booster dose of vaccination, now open to French people aged 60 and over within a period of six months after their last booster or three months in the case of over 80s and immunocompromised patients.

The protective effect of the booster dose against Covid-19 is assessed using a model taken from the latest French data SI-VIC (conventional hospitalizations or in critical care of patients with Covid-19), SI-DEP ( results of screening tests for the SARS-CoV-2 virus) and VAC-SI (Covid-19 vaccinations).

At the end of 2021, when the booster vaccine (third dose) was open only to people over 65, the DREES had given the first estimates. Data analysis had shown that, in this population, the injection of a booster increased protection to nearly 95% against hospitalizations or critical care related to a severe form of the disease (20 times less risk) , within six months of the third dose of vaccine.

See also  Communication platforms are on fire.. What is the secret behind the circulating pictures of the Sphinx's sleep?

This level of protection is thus reduced to that observed after a complete vaccination schedule. After two doses of vaccine, protection against hospitalizations and intensive care for Covid-19 is indeed between 90 and 95%, for all age groups. DREES modeling was able to show an 80% reduction in protection within six months of the full regimen.

Vaccination rate with booster at 78%

In this new study, the scientists were able to confirm that the protective effect provided by a first or a second booster dose is maintained at a high level beyond three months in a population extended to people aged 40 and over.

The data processed concern the period between April 4 and May 1, 2022. In this population, 78% of individuals received one or two booster doses, for more than three months in the majority of cases.

Focusing for example on 40-59 year olds, the data reveals that, during this period characterized by a dominance of the Omicron variant of SARS-Cov2, 2,214 positive RT-PCR tests were recorded per 100,000 people vaccinated with a booster less than three months old, compared to 2,882 positive tests per 100,000 unvaccinated people.

The analysis shows that in individuals aged 40 or over, the booster dose approximately halves the risk of contamination with a symptomatic form of Covid-19 (protection between 46 and 58%). “This protection seems to disappear after three months,” say the researchers.

The booster dose also reinforces the protective effect against severe forms during the first three months. Protection against hospitalizations and deaths for Covid-19 is then between 75% and 90% depending on age, i.e. a risk reduced by a factor of 4 to 10.

See also  Since when vaccine? How does it work?

Beyond three months, the protection erodes but remains at a high level, since it is between 57% and 80% (risk 2 to 5 times lower).

Beyond three months, the protection erodes but remains at a high level, since it is between 57% and 80%.

The researchers point out that this protection could, however, be underestimated. “It is likely that many people who were not vaccinated, or vaccinated without a booster, were contaminated, in particular during the Omicron wave of early 2022, which leads to underestimating the effectiveness of the booster with the current method”.