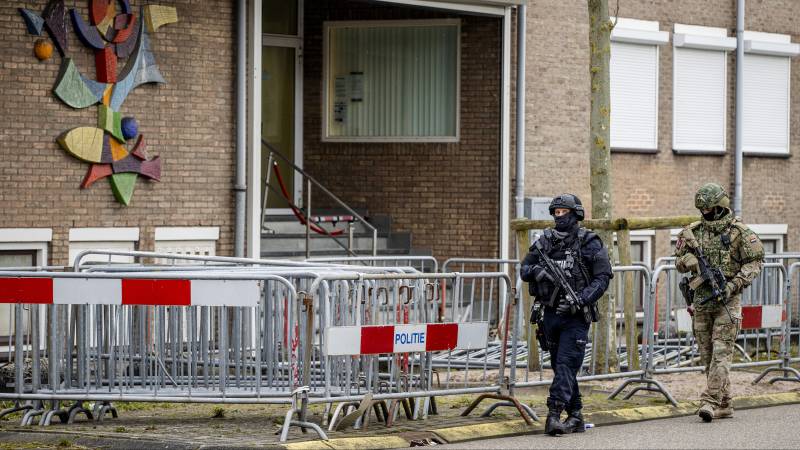 Prosecutors work anonymously in 39 cases because of threats

Names of detectives that have been painted off in file documents, judges who are no longer allowed to be on screen and names of prosecutors who are no longer spoken in court. Trials against serious organized crime put pressure on the openness of the judiciary. The safety of those involved would be at stake.

Over the past two years, public prosecutors have been anonymized in 39 criminal cases, according to figures provided by the Public Prosecution Service at the request of the NOS. In most cases, their names in the files have been replaced by numbers. In nine cases, prosecutors were not allowed to be filmed or signed.

One of those cases is the murder of crime journalist Peter R. de Vries. Today is a final preparatory session, before the substantive hearing of the case from next week. The prosecutors are not allowed to be pictured and their names remain unmentioned.

In the investigation, the complete criminal file was also anonymized for the first time. Not only the names of the officers and examining magistrates have been omitted, but also the names of all detectives, eyewitnesses and experts.

A low point for the judiciary, according to the lawyer of one of the suspects. “We are not blind to safety concerns, but it should not lead to a ghost trial,” counsel Ronald van der Horst said at the first session.

He asked the court for permission to question 88 people from the file. According to Van der Horst, he could not otherwise assess their reliability. The court rejected his request, but felt that it had to be certain that everyone in the file really has the function as stated. That is why all managers had to sign for this, but they had to give their name and surname.

If there are concerns about the safety of a public prosecutor, a request can be made to a special committee for ‘reduced recognisability’. This committee was established after the murder of lawyer Derk Wiersum in 2019.

“It’s actually crazy that we need such a committee,” says Diederik Greive, chief officer of the Public Prosecution Service in the Northern Netherlands. He assesses the applications.

“We check for a concrete threat and a conceivable threat. We also look at the content of the case and at the criminal network we are dealing with. Has it happened more often that they have expressed threats, also against other people?”

Army at the door

In addition to the Peter R. de Vries case, there are more investigations with extra security measures for police officers and magistrates. Such as the trials against the violent motorcycle club Caloh Wagoh and against Ridouan Taghi (Marengo).

It is a big difference from four years ago, when the Marengo process started. At the time, the Public Prosecution Service presented the key witness in the case in all openness. Meanwhile, the brother, lawyer and adviser of the key witness have been murdered. On court days, the army is at the door of the court and the prosecutors and judges are no longer allowed to be filmed. The new lawyers of the crown witness also remained secret for a long time.

But the current defense attorneys for the crown witness deliberately stepped down from anonymity, despite the potential danger. “I think it’s important that we don’t let ourselves be boxed in,” said lawyer Peter Schouten when he reported. “Living in a constitutional state is not painless and free.”

Schouten was good friends with Peter R. de Vries and was greatly surprised about the criminal file without names. “Peter would certainly have thought that anonymizing officers and experts was a bad thing,” he previously told NOS.