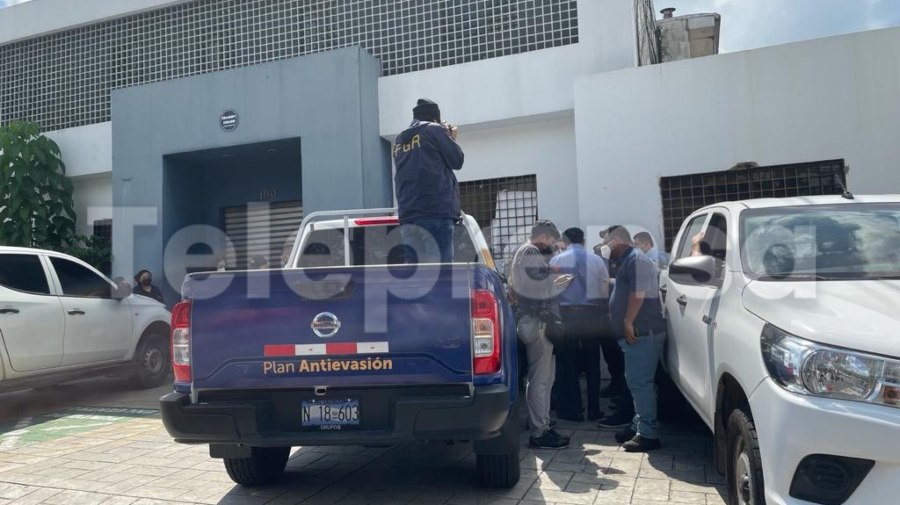 The procedure was suspended after the new owners verified to the prosecutors the purchase and sale of the property.

The Attorney General’s Office tried to raid a company located in San Salvador this Saturday as part of the proceedings in the process against former mayor Ernesto Muyshondt. The prosecutors arrived at the place that presumably belongs to the exedil, however they realized that the property is no longer their property.

The diligence was suspended after the new owners arrived at the place and presented the purchase-sale documents, according to information provided by Teleprensa.

#InDevelopment: according to preliminary information, @FGR_SV tries to raid an alleged company of the former mayor of San Salvador, @emuyshondt.

The prosecutors in the case verified the documentation, which they indicated is dated May 20 of this year, and also indicated that they would not give an interview to the press because the office was suspended.

The Prosecutor’s Office accuses Ernesto Muyshondt of the crimes of illegal groups and electoral fraud, a process whereby last Friday the Second Investigating Court of San Salvador decreed house arrest and the use of an electronic bracelet.

It may interest you:
Judge orders former mayor Ernesto Muyshondt to be arrested at home, but he is arrested for another case

Upon leaving the court, the former official was arrested by agents of the National Civil Police for another crime. Muyshondt faces a new process for tax withholdings, a crime that would have been committed while he was mayor of San Salvador, and was transferred to bartolinas, the PNC said without giving further details.

“Welcome everyone to the dictatorship of Nayib Bukele. I am the first of many to come. They will do to any dissident what they are doing to me. He held the dictator Nayib Bukele responsible for anything that happens to me ”, were Muyshondt’s words on leaving the courts.

It may interest you: Ernesto Muyshondt will be an advisor to the OAS General Secretariat

Earlier in the week Muyshondt was appointed advisor to the General Secretary of the Organization of American States, an appointment for which the imposed prosecutor, Rodolfo Delgado, announced the completion of the agreement between the Prosecutor’s Office and the CICIES.

The decision of the public entity was criticized by several organizations who pointed out that with this separation the Government seeks to avoid accountability and hide corruption.