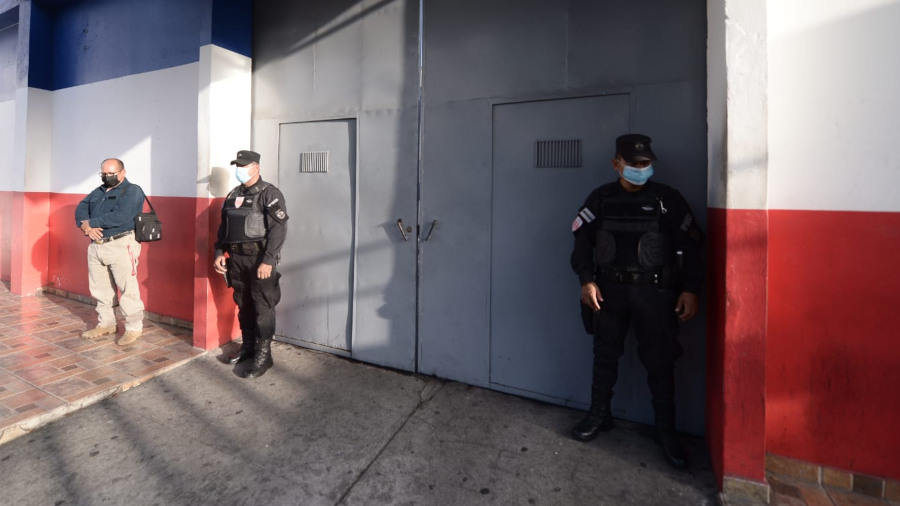 From today, the property will be administered by the National Council for the Administration of Assets CONAB.

The Office of the Attorney General of the Republic (FGR) delivered today to the State the headquarters building of the National Executive Council of ARENA, COENA, located in San Salvador, the property was seized during the investigations of the case called Taiwan.

From today, the property will be administered by the National Council for the Administration of Assets (CONAB).

“This is the culmination of the diligence that began a few weeks ago against ARENA. It is the extinction of assets to try to recover the money diverted to the accounts of the ARENA party for the Antonio Saca campaign, ”explained the prosecutor imposed by the ruling party Rodolfo Delgado.

It may interest you: Government uses more than 100 police officers to seize assets from ARENA

The Prosecutor’s Office today handed over to the State the building that houses the National Executive Council of ARENA, COENA, located in San Salvador, which was seized during the investigations of the case called Taiwan. Photo EDH / Francisco Rubio

On June 2, the Public Ministry seized two properties from that party, including the COENA headquarters; also, he made the preventive scoring of 17 vehicles.

In addition to the seizures of real estate, the Prosecutor’s Office froze 2.9 million dollars of the political debt of the aforementioned political institute for the last elections.

With this action, the Prosecutor’s Office intends to recover the funds donated to El Salvador by the Government of China-Taiwan.

On the same day of the embargo, the party leadership, through a statement, stressed that “El Salvador is facing an imminent danger towards a dictatorship” by pointing out that both President Bukele and the Prosecutor imposed and the “police bowed to him” They try to divert attention from the acts of corruption linked to the current government, all this in order to “not face the Salvadoran population and the international community.”

In addition, the text emphasized that the party’s headquarters “was kidnapped and threatened with the purpose of keeping us silent,” for which it urged the president to “show his face” and dismiss the officials of his cabinet indicated in the Engel List. .

In addition, the director of Legal Affairs of ARENA denounced on that occasion that they did not have in view any document that would protect the procedure and that no judge executing the embargoes was present at the headquarters of ARENA.