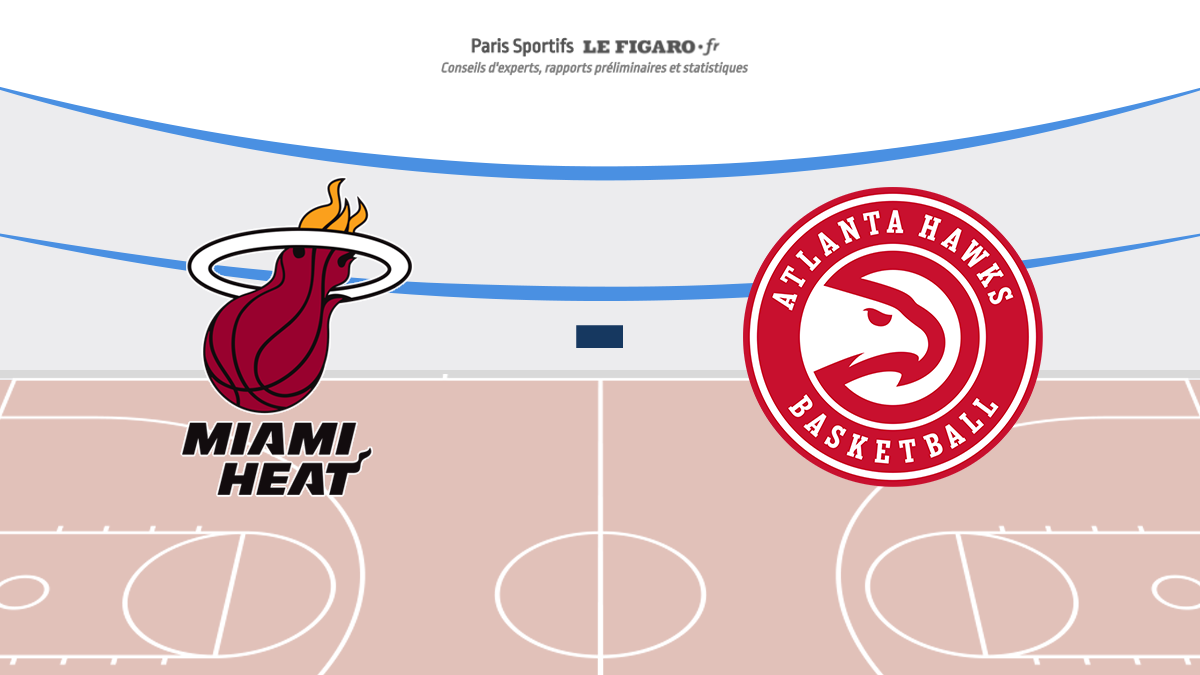 Miami Heat: towards a 2nd consecutive victory against Atlanta?

2nd in the Eastern Conference with 2 victories behind leader Chicago, the Heat have been in great shape recently and have won 8 of their last 10 games. Remaining on 3 consecutive successes and a victory against the Hawks (91-115) at home, Miami will want to continue this night in front of its public, while Atlanta is only 12th in the East. Follow this NBA game tonight at 2:00.

Unibet refunds your first bet in Freebets up to €100!

The Heat is having a very good season and has won 26 wins for 15 losses. Winner of its last 3 meetings, Miami can put pressure on the leader, Chicago, by winning in this match, and will count on the support of its public: Erik Spoelstra’s players are indeed very comfortable at home with 12 wins and 4 losses on the clock. 4th best defense in the league with 103.9 points conceded on average per game, the Heat will want to be full of confidence on the offensive level, while with 108.6 points scored per game this season Miami is only 15th NBA attack.

The Heat have several NBA cadors, like Jimmy Butler or Bam Adebayo, but these two players have been injured for several weeks now and Miami has had to rely on other elements, like Tyler Herro. The American player thus had a good season with 20.7 points, 5.1 rebounds and 4.1 assists and led his team to victory in their last meeting against Atlanta by coming close to a triple-double, with 21 points, 9 rebounds and 11 assists. He can also count on the experience of Kyle Lowry to compensate for the various packages within the team.

The Hawks are having a very disappointing season so far: only 12th in the Eastern Conference with already 4 wins behind Toronto, 8th, Atlanta has won only 3 of its last 10 games and remains on 3 consecutive defeats. Uncomfortable on the outside this season with 9 wins and 13 losses away from their public, Nate McMillan’s players will have to do better in defense to hope to win tonight: the Hawks are indeed the 25th defense of the league with 111.6 points against on average, but do better on the offensive side with 110.3 points scored per game, the 10th total in the NBA.

Like last season, Atlanta can count on Trae Young to lead the team: the American leader is indeed the 4th best scorer in the league with 27.7 points on average, but also the 3rd passer, he who achieves 9.4 assists per game this season. He is well supported in this by John Collins, 17.4 points and 8 rebounds on average in 35 games played so far, but also by Clint Capela, comfortable on both sides of the floor with 11.8 points and 13, 1 rebounds.

Miami is confident and should continue against an Atlanta team in great difficulty and remaining on a defeat against the Heat. The Hawks are very disappointing this season and are stuck at the end of the standings in the East. A victory for the Heat therefore seems quite likely.

Trae Young is having a great individual season and should lead his team in this game after being frustrated in the last meeting. Seeing him achieve a double-double would therefore be far from a surprise.