Riot Games has finally shown the first gameplay for the LoL fighter “Project L”. Nevertheless, expectations are being kept low: the game should not appear before 2023 at the earliest.

As part of the big Riot Games Celebration at the end of 2019, the studio showed some projects that are currently in the pipeline in Los Angeles.

Up until this big event it was still a running gag that the company called itself Riot GameS, because until then they only had League of Legends in their portfolio. A lot has happened since then. Riot Games is now taking on the role of the crumbling industrial giant Blizzard by letting their well-known franchise faces compete in various disciplines.

After CCG Legends of Runeterra, Autochess Teamfight Tactics and the Netflix series Arcane, now the next genre: Fighting Games.

At the end of the “RiotXArcane” break, the development studio finally shows a look at the exciting “Project L” again after almost two years. A lot of work has been done and the first prototype has turned into a viewable showcase that makes you want to play the League of Legends fighting game!

With the first pre-gameplay, important key facts about the game were announced:

It is also still open what the champion pool will look like. Champions confirmed in the announcement video are:

Rollback technology will be used for netcode, paired with the “RiotDirect” used in LoL and Valorant. This should ensure that the gameplay is as direct and free of lag as possible.

That is still in the pipeline at Riot Games

These games were not developed by Riot itself, but by third parties with whom they work closely. LoL-Champ Viego, for example, was developed by both sides, as Ruined King was already in development when the champion for LoL was still being prepared. From Riot Forge you can expect the platform game “CONV / RGENCE” in the near future, as well as the newly announced “Song of Nunu”.

At Riot itself, they are currently working on the Beaters Project L, an unnamed Hack’n’Slash à la Diablo – code name Project F – and a large MMORPG. There one speculates on the name “World of Runeterra”. 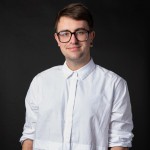 With the first Gameboy, which he “borrowed” from his father, Nathan’s fascination for the world of polygons, bits and pixels began. Games are still his greatest passion today and have acquired a completely new meaning with the development in the area of ​​eSports.