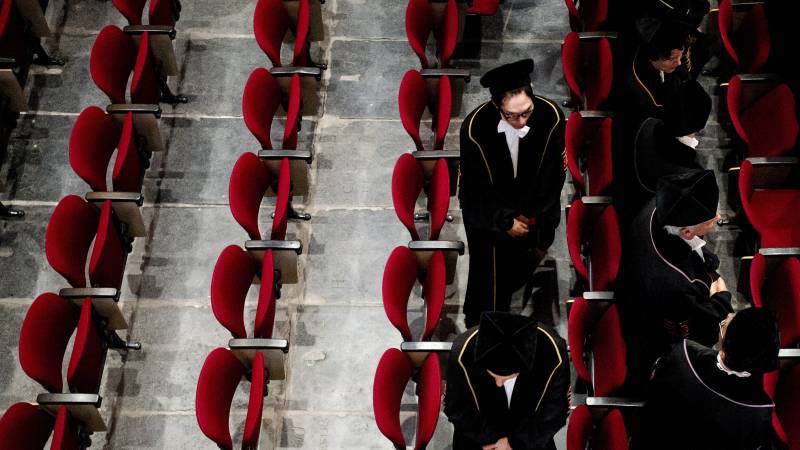 Within the Tax Law department of the University of Amsterdam there are internal concerns about the independence of scientists. University professors are or were sponsored by Zuidas offices or by a lobby club, without the university being transparent about this.

Several employees have complained about this, according to a recording of a meeting held by news hour† Internally, employees also point to preferential treatment, which would have given a number of scientists a professorial appointment without having followed an extensive appointment procedure.

The university has engaged an external committee to investigate possible influence by external financiers.

Journalists from Follow the Money revealed late last year, based on declassified documents, that scientists from the Tax Law Department were sponsored in their investigations by accounting and law firms.

After that publication, the department chair and professor Hein Vermeulen, who resigned today, called his colleagues together digitally to discuss the matter. In the meeting, several colleagues criticized the lack of transparency about external financing. Recordings were made of the digital meeting, which Nieuwsuur managed to get their hands on.

news hour conducts extensive research into part-time jobs for professors. If you would like to respond personally, please email [email protected] and [email protected] Read and view all productions in this study here.

In the video below you can see how news hour access to all internal registers and what we discovered.

“As long as I work at the University of Amsterdam, it surprises me,” says one of the employees about the external financing. “I also see that we should actually point the finger at the government, which underfunds the universities to such an extent that things like this arise. That we are dependent on the business community, which I also think: this stands in the way of independent science.”

Another colleague talks about science on demand. “You can use the professorship commercially. In the Middle Ages you bought offices, now you buy a chair.” The frustration of some is high. “I recognize this ‘whose bread one eats’. Can’t firm agreements be made (on external financing, red.)?”

He did not mention the funding at the university and in his publications. His investigations will remain intact, according to research director Dennis Weber and will not be withdrawn.

Vermeulen also works as a tax specialist at Price Waterhouse Coopers (PWC) and as a deputy justice at the Arnhem/Leeuwarden Court of Appeal. Spokespersons for the organizations involved were unable to say whether his actions will have consequences for his appointments there.

Department chair Vermeulen is critically questioned by his employees during the meeting. “There are chairs that are sponsored and not made public. You have to be transparent about that. Why doesn’t that happen?” one of them asks Vermeulen. He has no answer. “That was certainly a learning moment,” he says.

One of the employees says: “Everyone feels that this is how it works: you can choose something objectively to a certain extent, but if something comes out at the bottom that is disadvantageous for your sponsor, everyone will feel that you are not going in that direction. It has nothing to do with science.”

A fierce discussion ensues in the meeting when the mistrust of colleagues is condemned. “I do think that some people have a very negative attitude. You have to assume that those who do this have integrity,” says one of those present. “It’s common knowledge. Sponsor all major offices. This has been the case for ten years, this is really nothing new.”

Department chair Hein Vermeulen stated in the meeting that Dean Andre Nollkaemper has set a target with which scientists have their research funded externally. “I agree with you: if there was enough money, this problem wouldn’t exist,” he tells his employees.

Vermeulen late after questions from news hour know that he has no indication that scientists are uncomfortable with the conclusions they write about externally funded studies.

In response to questions, Dean Nollkaemper denies a target for external financing. “There was and is no quota for ‘third-party financing’, neither in the tax law section, nor elsewhere in the faculty.”

The University of Amsterdam announces that it started an external investigation earlier this month into the possible influence of external funders on research at the department. This investigation was initiated after reporting by university magazine Folia.