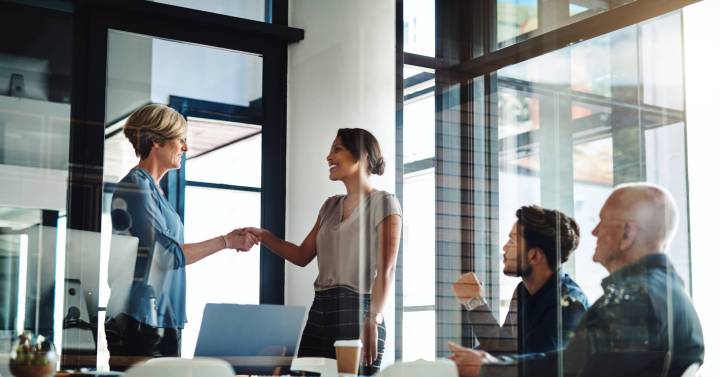 Professional societies: the simultaneous practice of law and procurement is now possible | Legal

As of next November 13, the date of entry into force of Law 15/2021, of October 23, published in the BOE yesterday, legal professional societies may incorporate attorneys as partners, as well as that the societies of professional prosecutors may incorporate lawyers, each preserving their own competencies, responsibilities and obligations.

That’s right, the new Law 15/2021, of October 23 (which modifies Law 34/2006, of October 30, on access to the professions of lawyer and court attorney, as well as Law 2 / 2007, of March 15, of professional companies, Royal Decree-Law 5/2010, of March 31, which extends the validity of certain temporary economic measures, and Law 9/2014, of 9 May, General of Telecommunications), enables multidisciplinary professional societies the simultaneous exercise of the legal profession and the solicitation to be able to offer and provide a comprehensive defense and representation service.

With this new norm, the aim is to accommodate Spanish legislation to the provisions of European law and specifically to the provisions of articles 15, 16 and 25 of Directive 2006/123 / EC of the European Parliament and of the Council, of December 12 of 2006, relating to services in the internal market, and in articles 49 and 56 of the Treaty on the Functioning of the European Union, which is specified in three specific areas of action. In the first place, the one related to the existence of an activity reserve for the exercise of the procurement. Secondly, that of the prohibition of multidisciplinary companies, which may include prosecution and advocacy, and, finally, the modification of the tariff system.

However, in order to ensure fairness and independence of the exercise of the respective professional activity, in addition to the incompatibility of the simultaneous exercise of the professions of law and procurement, in accordance with Organic Law 6/1985, of July 1, of the Judicial Power, and Law 1/2000 , of January 7, of Civil Procedure, it is established that the statutes of professional companies whose corporate purpose consists of the provision of comprehensive legal services of defense and representation will contain, in accordance with what the deontological standards of the respective professions prescribe, the necessary provisions to guarantee that the professionals who assume the defense or representation of their sponsors can act with autonomy and independence and withdraw from any matter when their impartiality may be compromised.

It is a reform that seeks to boost a saturated market, allowing legal and legal professionals to save costs, offering instead greater flexibility in the organization of both groups, while preserving the role of each of the groups. professionals in a clearly differentiated way.

Ultimately, it will be possible to demand and offer, through a single professional society, the two services required by the defense in court of rights, receiving comprehensive care without any loss of the independence of each of the professionals that comprise it.