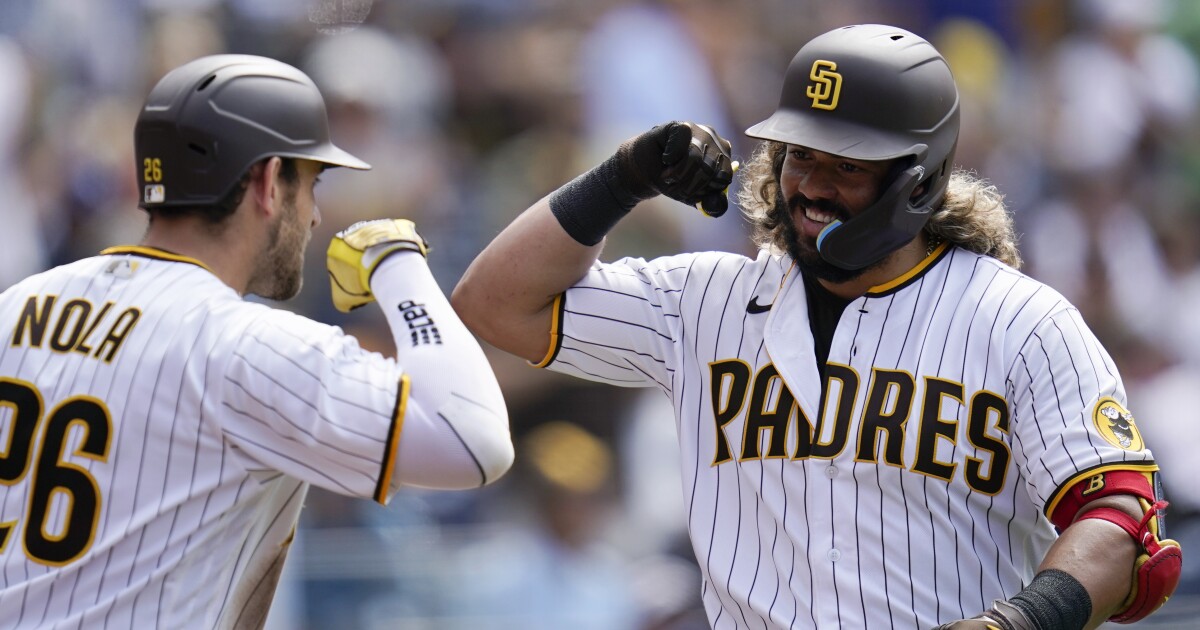 Jurickson Profar had four hits, drove in a pair of runs and scored twice for the San Diego Padres, who attacked Madison Bumgarner early and beat the Arizona Diamondbacks 10-4 on Wednesday night.

Jorge Alfaro had singled in the 10th inning of Tuesday’s game, giving San Diego a 3-2 victory. This time, the Colombian hit a solo home run in the sixth inning as the Padres swept the three-game series.

Venezuelan rookie José Azocar came within a home run of hitting for the cycle, in what was the first three-hit game in his career.

For the Diamondbacks, the Dominican Geraldo Perdomo 4-0. The Venezuelan José Herrera 4-1 with an RBI.

For the Padres, Colombian Alfaro 5-2 with one run scored and one produced. The Venezuelan Azocar 5-3 with two RBIs.