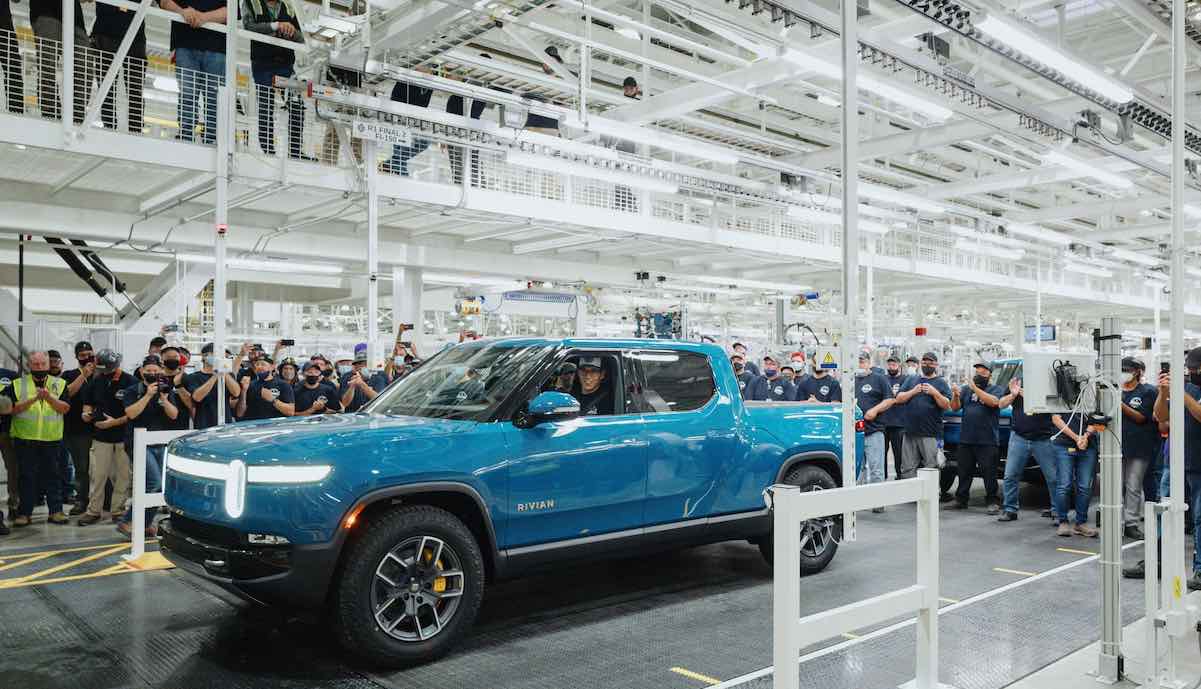 The step from prototype to series production is huge, Tesla boss Elon Musk warns again and again with a view to upcoming competitors. His company has largely overcome such start-up difficulties (although it could currently experience them again with batteries), but two well-respected competitors are apparently making acquaintance with the reality of production in an unpleasant way, despite long preparations: The startup founded by an engineer Rivian and Lucid Motors, led by the former chief developer for the Tesla Model S.

Both companies are now publicly traded, and both are in some ways an antidote to Tesla with Elon Musk: Founded by quiet engineer RJ Scaringe, Rivian managed to ship the first examples of his in November 2021 with far less excitement and controversy to deliver pickups R1T. At Lucid, CEO and CTO Peter Rawlinson focuses on luxury and huge reach, but with a reserved British style of communication.

After all, unlike many other electric car startups, Rivian and Lucid have already reached the stage of production and deliveries. But that doesn’t mean everything will go smoothly from now on. At Tesla, too, according to CEO Musk later, the difficulties only really started when the Model 3 started to ramp up in mid-2017. This was followed by “two years of extreme stress and suffering,” he wrote in November 2020.

Recall for probably all Lucid Air

In contrast, the recall that NHTSA published last week for the luxury electric car Air, Lucid’s only model to date, seems almost harmless. But it seems to affect every Air model delivered to date. According to the documents, the routing of an Ethernet cable should be checked in 1117 vehicles, because otherwise screens with important displays could fail. For Q4 2021 and Q1 2022, Lucid had previously reported around 500 Air deliveries combined.

After a smaller one in February, this is the second Lucid recall. Possibly as a reaction to this, the company is to reorganize the internal responsibility for quality control. So far, it was with the former Audi engineer Peter Hochholdinger, who first switched to Tesla in 2016 and joined Lucid in 2019. According to several employees, she is said to have now been transferred to another vice president, Business Insider reported.

According to Bloomberg, there was a similar change in management for similar reasons at Rivian last week. There, CEO Scaringe is said to have informed internally about the separation from the previous VP for production. Frank Klein, who will be responsible for production and supply chain as Chief Operating Officer, was named as his successor. Rivian had previously lowered its production target for this year from 40,000 to 25,000 electric cars due to component shortages.

And as if the starting difficulties for Tesla’s competitors weren’t enough, a fire at the Rivian factory in the US state of Illinois was also reported on Sunday. The responsible fire brigade announced that a defective battery pack caught fire on Saturday morning and required the evacuation of this production area. The battery was extinguished with water and then further cooled before it was transported outside. Apparently there was a thermal runaway when the package was tested. No one was injured and no machinery was damaged, and in the early afternoon the fire brigade handed the building back to Rivian. But every beginning is obviously difficult and sometimes even dangerous, even with electric cars.