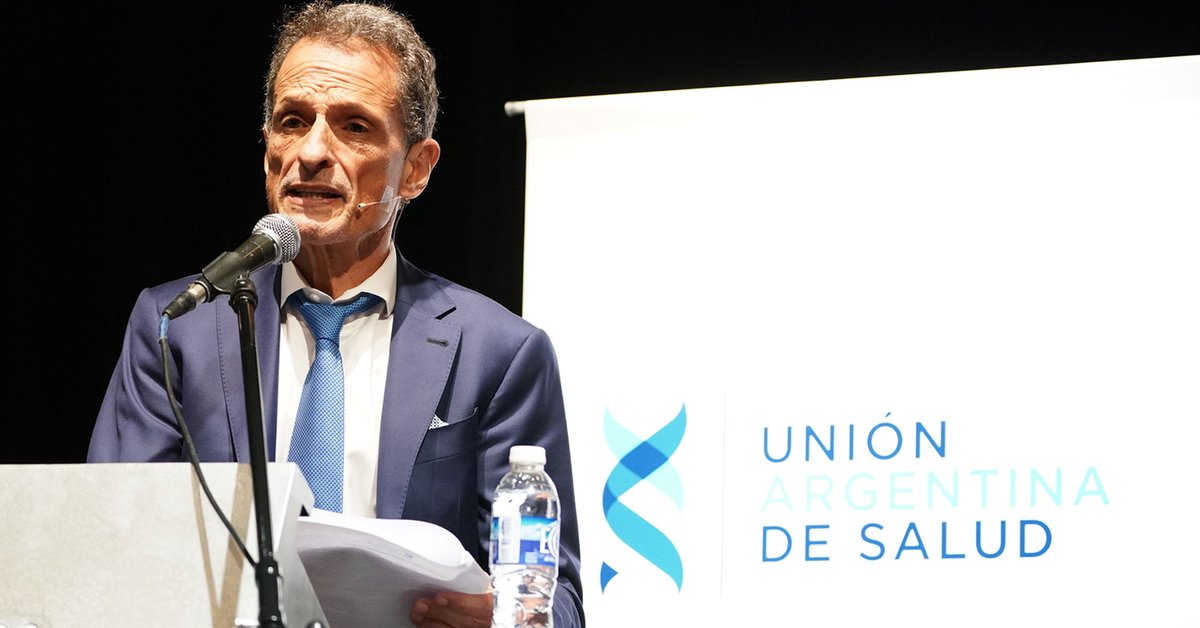 Kirchner senator Oscar Parrilli and the president of the Argentine Health Union and owner of Swiss Medical, Claudio Belocopitt, today staged a tense crossover within the framework of the debate in committee on the project to limit the interest rates charged for late payment in public services. The crossing occurred unexpectedly, since the businessman had been summoned by the upper house, and It happened amidst the tensions between the Government and private medicine.

The national legislator attacked the businessman in the middle of the meeting that convened the commissions of Constitutions and Rights and Guarantees Affairs. He had been invited along with other representatives and executives from the private sector, such as Norberto Etchegoyen, from the Chamber of Regional Credit Card Issues; César Bastien, Executive Director of the Credit Card Chamber (ATACYC); and Alejandro Pérez, from the Association of Argentine Banks, among others. The objective of the call was to know their opinion for the treatment of the law.

“Without the application of punitive interests or higher rates to make people comply, the increase in delinquency in the system can grow and when this grows, as established by the Prepaid Medicine law, it is not being complied with but some day it will have to be fulfilled, all this increase in costs has to be distributed among all users. We are going to harm users who keep paying up to date”Belocopitt commented when taking the floor. “Speculation exists. If we create mechanisms that facilitate speculation, we are going to increase delinquencies and we are going to increase costs within the system and we are going to have to distribute them”Continued the head of Swiss Medical

After those words, the reaction came from Oscar Parrilli, national senator and key man for Cristina Kirchner in the upper house: “I recognize in the man that he spoke to an expert in claims, in asking the State and always trying to show that the State is not working, does not work and does not workThat they let them do things freely that society is going to do much better. Well, just tell him that throughout history it has not been like that ”. “In parentheses, I will make a mention. For what the financial system has been between 2016 to 2019, they also said that there had to be no regulations. The entry and exit of foreign currency was left free, rates were left free… everything was left free and everything ended in a phenomenal capital flight. As never before in history there were 86 billion dollars, a debt that all Argentines are paying and I don’t know if one day we will be able to pay it ”, he added.

The businessman Claudio Belocopitt, in the press conference he gave to explain the serious crisis facing the private health sector. (Franco Fafasuli)

In this sense, he continued: “It was not taken out by users of credit cards or public services. It was taken out by companies, banks, finance companies, all companies that made phenomenal sums of money all these years. There is the detail. Mr. Belocopitt can look for it if he wants, he will find it in the Central Bank report. This has affected us and is causing us a very serious damage in addition to the pandemic to all Argentines. In addition to the pandemic, debt is an issue that one day we will have to analyze, but without a doubt it is a very heavy, very heavy burden that is on the back of all Argentines, ”Parrilli insisted.

After that unexpected personal mention, Belocopitt responded to the senator, who is also the president of the Instituto Patria. “As for the debt data, which I think is referring to me personally, we can discuss it wherever you want. I should be proud of an entrepreneur who has created the number of jobs that I have had to create to me since I am in Argentina and from nowhere. From a dry total until reaching this situation of employing 14 thousand people”.

And he added: “I do not disbelieve the State, but those who opt for private medicine vote and choose prepaid health medicine because they believe that it does it better, they are better served.”

A sector in the sights

The crossing of the Christian senator happens after strong short-circuits between the private health sector and Kirchnerism and measures that generated the rejection of the sector. In fact, Belocopitt in his role as president of the Union of Health Entities -which groups prepaid, social works and agents that provide services- led a press conference where He emphatically rejected the possible nationalization of the health system and confirmed the presentation of a precautionary measure in the Justice before the Government’s refusal to authorize an increase in their fees in a context of high demand for health services and an increase in their supplies .

On that occasion, the businessman warned that “the nationalization of a system can occur in fact or in law. In the latter case, the authorities raise a project to Congress, it is debated and approved in the face of society, and if possible in the light of day. This was done at the time with the AFJP, for example. But if someone did decide to take over the private healthcare system, You should first defund it, put it at the limit of its operational capacity, bring it to its knees and keep it that way until it collapses and its attention span is deficient. Then on the rubble, the ruins and the health of millions of Argentines, the perfect excuse that it should be nationalized would be exposed as a story under the assumption that the system is not in a position to provide sanitary answers ”.

After that – which happened on June 15 – with a decree published in the Official Gazette, the Government established that workers who start a new employment relationship must remain in the social work that corresponds to them for their activity, before being able to make a change to another provider that allows them, for example, to derive their contributions to a prepaid medicine company. Changing the free-choice system and delaying the possibility of having the contributions transferred to another entity was one of the promises that President Alberto Fernández had made to the leadership of the General Confederation of Labor (CGT). The measure seeks to prevent the leakage of mandatory contributions to the private sector.

Fundamentals against the project

The ruling party promotes two bills in the Senate aimed at reducing the costs of delinquency in public services, credit cards, prepaid medicine, Internet and even schools. The initiative seeks to cut the rate that these companies can apply to those who accumulate unpaid balances to just over 30%, instead of the level of around 60% they charge today, in an attempt to alleviate the burden of debts on families although with important financial costs for the supplier companies.

Before that crossing, Belocopitt based his criticism of the measure that Kirchnerism encourages to reduce the cost of bad debts. “As for the breach of the prepaid medicine law, we have denounced it in court. Clearly there is a cost structure that establishes how the fees have to be updated. Clearly, that cost structure is in the enforcement authority and that cost structure has shown a lag in costs that you all know, because you live in Argentina and not on Mars and you know what prices are going up in the last year or so. . These increases were not authorized and that forced the sector to appear in court to correct the measure “.

“The Argentine ends up having a financial exercise of understanding very well what is beneficial, what is convenient. So, if it benefits and it is convenient to be delinquent, we are going to have much more delinquent than we currently have, looking for mechanisms to discourage them, “continued the businessman. “In the size of the problems that we have, this would not be a problem of great magnitude. But it can become a problem of great magnitude if the default grows from decisions that generate a greater incentive to take this type of payment arrears ”, he completed.

Private medicine rejects the possible nationalization of the health system and goes to court for fees
Claudio Belocopitt and the new limitations to choose medical services: “It is a decree that fucks the people”