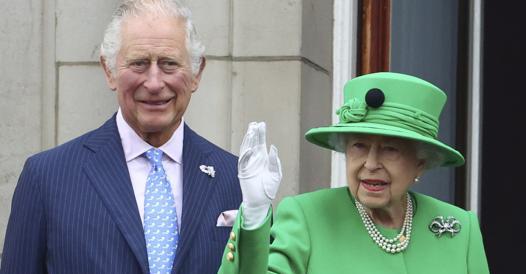 Prince Charles and the 3 million euros (in cash) received from the sheikh of Qatar- Corriere.it

The Sunday Times revealed that Prince Charles received donations from a sheikh between 2011 and 2015: the meetings do not appear in the official Windsor engagement diaries. Elizabeth’s eldest son said he was unaware of the story

Prince Charles accepted large sums of money from the sheikh Hamad bin Jassim bin Jaber Al Thani then pay into the account of the company that manages its charities.

Donations, which the Sunday Times reported today with an extensive front-page article, date back to the period between 2011 and 2015.

The money, according to the testimony of some former collaborators of the heir to the throne, was delivered in plastic bags from the department stores of Fortnum and Mason and, a million, in a small suitcase.

After counting the banknotes – many of them in large denominations – the prince’s assistants called on each occasion the Coutts bank, which has been looking after the interests of the royals for several centuries, to have the funds withdrawn and deposited into the account of the Prince of Wales’s Charitable Fund.

A spokesperson for Clarence House expressed regret that Prince Charles’s organization was not given more time to investigate facts dating back to about ten years ago, confirmed the donations and pointed out that the money was immediately passed to a charity of the heir to the throne where they were subjected to the necessary checks.

According to the Sunday Times, however, some remain question marks: meetings between Prince Charles and the Qatari politician, for example, do not appear in the official Windsor engagement diaries. If Buckingham Palace rules indicate that to royalty permission to receive checks on behalf of charities they support, no mention is made of substantial cash donations.

The story emerges in a delicate period: in recent months Carlo and his charities have been involved in the case of the donation of a rich Saudi apparently received in exchange for a hand in obtaining a British passport as well as a series of honors awarded thanks to financial contributions on which the Metropolitan Police has opened an investigation.

Elizabeth’s eldest son said he was unaware of matters handled primarily by Michael Fawcett, former private assistant to Prince Charles and managing director of the foundation of the heir to the throne who resigned last November.