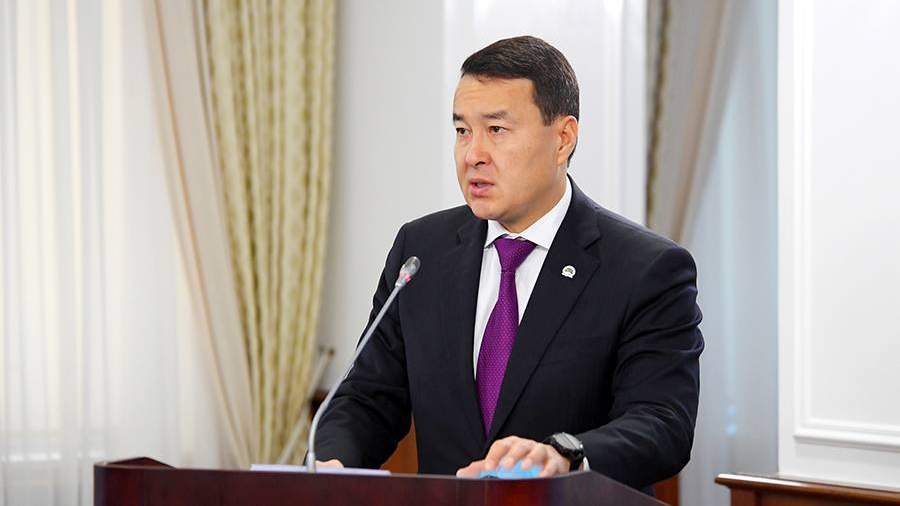 The task of the new government of Kazakhstan is to lead the country out of a large-scale crisis. This statement was made by the Prime Minister of the country Alikhan Smailov on Wednesday, January 12.

“Dear members of the government, we must justify the high confidence of the head of state at this difficult moment for the whole country. The new government must make every effort to fulfill the tasks set by the president aimed at improving the quality of life of the population, maintaining economic growth, resisting the pandemic, rebuilding the huge damage inflicted by terrorists and looters and leading the country out of a large-scale crisis, “he said, opening the first meeting the new Cabinet of Ministers, the online broadcast was carried out on the Prime Minister’s Facebook page.

He also noted that the new cabinet of ministers was faced with tasks that no government has yet to solve in the current conditions.

On January 11, the President of Kazakhstan, Kassym-Zhomart Tokayev, approved the new composition of the government of the republic. He appointed Alikhan Smailov as the country’s prime minister. Smailov’s candidacy was unanimously supported by the Kazakh parliament.

On the same day, a state of emergency was introduced in the country.

On January 2, protests began in Kazakhstan due to the rise in prices for liquefied gas. In some cities, rallies escalated into riots. The situation has become especially aggravated in the largest city of the country – Alma-Ata. The protesters, among whom, according to the authorities, were extremists, broke into the administration building, set fire to the prosecutor’s office, the office of the ruling party and seized the presidential residence.

The criminals ransacked the offices of five TV channels, tried to attack the pre-trial detention center and attempted to enter the territory of a military unit in the Aktobe region.

On January 5, the President of Kazakhstan appealed to the Collective Security Treaty Organization (CSTO, which includes Russia, Belarus, Armenia, Kyrgyzstan, Tajikistan and Kazakhstan) for help in overcoming the terrorist threat; peacekeepers were sent to the republic for a limited period of time. On January 9, the CSTO collective peacekeeping forces completed their deployment in the country.

On January 10, Tokayev announced the restoration of constitutional order in the country. He pointed out that the republic has experienced a large-scale crisis, the most difficult in the history of independence, and noted that in the near future the large-scale anti-terrorist operation will be completed, and with it “the successful and effective mission of the CSTO contingent will end.”

On January 11, Tokayev announced that the withdrawal of the CSTO peacekeeping contingent from Kazakhstan would begin in two days.