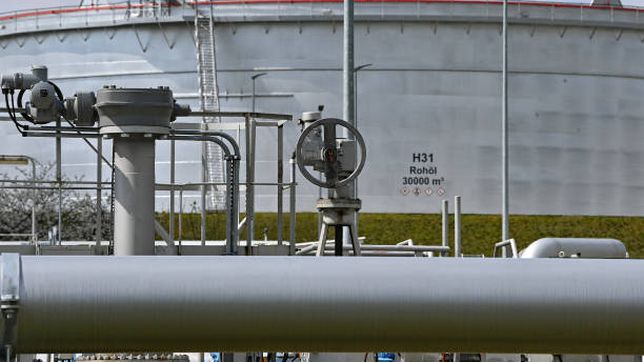 Prices of a barrel of Brent and Texas oil today, May 1: how much does it cost and how much is it quoted?

The volatility in the prices of a barrel of crude oil keep going.

During the last months, the cost per barrel has gone up and down, exceeding three figures, as the war between Russia and Ukraine continues. The Russian offensive began on February 24.

At the moment, the markets are closed because it is Sunday, however, and according to the last close on Friday, April 29, The price of black gold fell slightly as a result of the US heating oil contract, which plunged more than 20 percent.

Similarly, the confinement in China due to a new outbreak of coronavirus has been another key factor for fluctuations in the price of oil.

“With the intensification of the total and partial confinements since March, China’s economic indicators have plunged further into the red. We now expect China’s GDP to slow further in the second quarter.

“Oil market volatility is set to continue, with the possibility of more widespread and prolonged shutdowns in May and beyond, skewing near-term risks to Chinese oil demand – and prices – to the downside.”expressed in a note Yanting Zhou, of APAC from Wood Mackenzieaccording to information collected by Television newscasts.

It may interest you: Price of the dollar today, May 1: Exchange rate in Honduras, Mexico, Guatemala, Nicaragua…

Prices of a barrel of Brent and Texas oil today, May 1: how much does it cost and how much is it quoted?

According to Oil Price Chartsrecognized website with more than 150 oil indices and mixtures worldwide, After the close of the market on Friday, a barrel of West Texas Intermediate (WTI) oil is at $104.69, while a barrel of Brent is at $109.34.