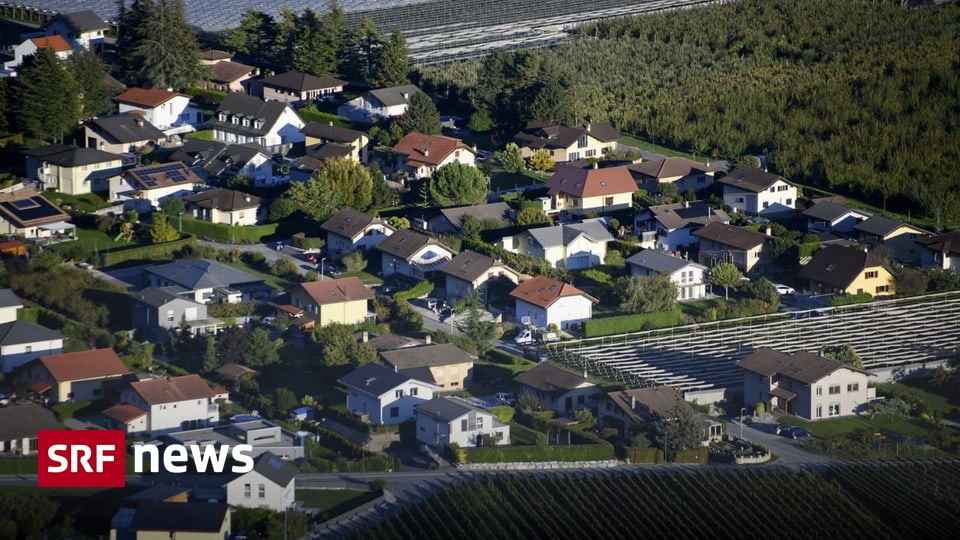 The prices for houses and apartments have doubled in the last 20 years. They are likely to continue to rise in the future.

Cristina Cotoia and her partner want a life in their own four walls. So far, however, her search for home ownership has been unsuccessful. Even though Cotoia runs a real estate business herself. But the real estate expert is also affected by the rapid rise in prices.

An apartment that she recently looked at – it would have cost a whopping two million francs – was out of the question. Because Cotoia knows what the prices were a few years ago – and that the same apartment would never have been so expensive.

Prices are increasing across Switzerland

Since the last real estate crisis at the end of the 1990s, the prices for average residential property have risen by over 100 percent. The main reason for the sharp rise in property prices is likely to be the large amount of money that was brought into the market after the financial crisis.

Since the outbreak of the corona pandemic last year, the prices for private residential property have risen sharply again, as Donato Scognamiglio, head of the real estate service provider IAZI, said at a media conference on Thursday. And not just in the cities.

Especially in regions such as Graubünden, the Jura or Central Switzerland, price growth in 2020 was very high. In the most expensive canton capital you would have to work for almost 30 years with an average wage, exclusively for your own home. In Zurich and Lausanne, people also have to work for more than 20 years, in Lucerne for almost 20 years.

Even in the cheapest cantons of Glarus, Sarnen and Delémont, the average earner would have to work for home ownership for almost 10 years. Meanwhile, wages have nowhere near kept pace with price growth in the real estate market. In order to finance the dream of owning a home, according to Scognamiglio, you cannot do without a 3G solution: “Won, inherited or stolen”.

According to the constitution, the federal government should actually prevent this development. “The federal government promotes the acquisition of apartment and house property,” says Article 108 of the Federal Constitution. The 1974 Home Ownership Act specified the requirement. And Article 1 of the Housing Promotion Act of 2003 also states that this law is intended to “promote access to home ownership”. In concrete terms, however, this support is manageable. It consists, for example, in using the pension fund assets that have been saved to finance one’s own home.

So has politics failed in promoting home ownership? FDP National Councilor Beat Walti does not want to know anything about this. There is basically no right to own a home, renting is also an option. Nevertheless, Walti sees a need for action. In view of the high demand, it is important that the supply grows and is strengthened, for example through dense construction.

Jacqueline Badran sees the situation on the real estate market very differently. The SP National Councilor speaks clearly of political failure and an unfulfilled constitutional mandate. It is not a question of tweaking and compacting the offer, because that makes the soil even more expensive. Rather, politicians must again restrict foreign capital from the Swiss real estate market.

While the broad middle class can no longer afford property today, prices are expected to continue to rise, according to real estate experts. Nevertheless, Cristina Cotoia and her partner will not let the dream of their own house with a garden, maybe even a pool, be taken away, “maybe it will come true at some point.”