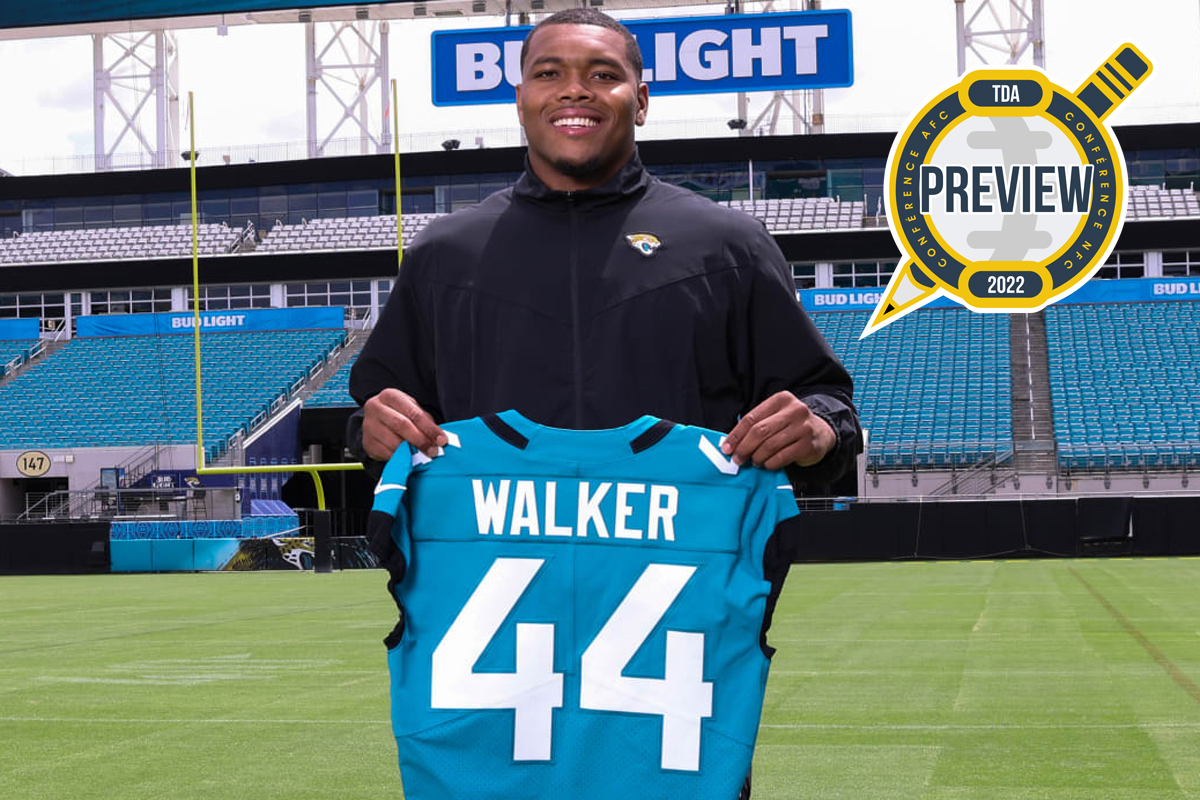 The 2022 season is approaching, so the editorial staff of TDActu offers you to take stock of the strengths and weaknesses of the 32 franchises. You can find all the presentations by clicking on this link.

Two consecutive seasons that the Jaguars end with the worst NFL record: 4 modest victories for 29 defeats! Winner of a Super Bowl with the Eagles, Doug Pederson becomes the third coach in as many seasons. The workforce lacking in quality, the leaders are counting on its experience to carry out a reconstruction which has dragged on since the beautiful 2017 season, completed in the conference final.

Shahid Khan used to wash dishes in a restaurant during his studies. The fortune of the owner of the franchise is today estimated at 9 billion dollars! Ambitious, it is time for him to show that he can also experience success in sport, after his in the business world.

Movements in the off-season

If Cam Robinson is not among the best NFL, his 2021 season was his most accomplished since his draft in 2017, with a visual impression confirmed by his stats: 2 conceded sacks and 4 penalties in 14 games. His prime could be in 2022 (27 years soon). His contract extension plays the card of continuity. Complete and reliable, Brandon Scherff has already played more than 4000 snaps in the NFL. He comes from Washington to bring his experience. Although it lost center Brandon Linder, this offensive line should be on the rise in 2022. Especially if young tackle Walker Little continues to improve.

The contract seems overpaid for Christian Kirk but this receiver produced 236 receptions for 3000 yards and 17 touchdowns and only 12 drops in 4 seasons. He should help, as should receiver Zay Jones and tight end Evan Engram. No bling bling but enough to help Trevor Lawrence.

During the market, manager Trent Baalke also took care of the defense. Cornerback Darious Williams has shown his worth at defending champions Los Angeles. Linebacker Foyesade Oluokun (189 tackles and 3 interceptions in 2021) and lineman Folorunso Fatukasi (87 tackles and 20 pressures in 2 seasons), have also shown their skills with Falcons and Jets. By addressing the three curtains, this defense will be more effective and therefore spend less time on the field. In 2021, the Jags attack was the 31st in time of possession! Already he still does not make the right choices often enough, if Trevor Lawrence has few drives in a match, this team will not go far. 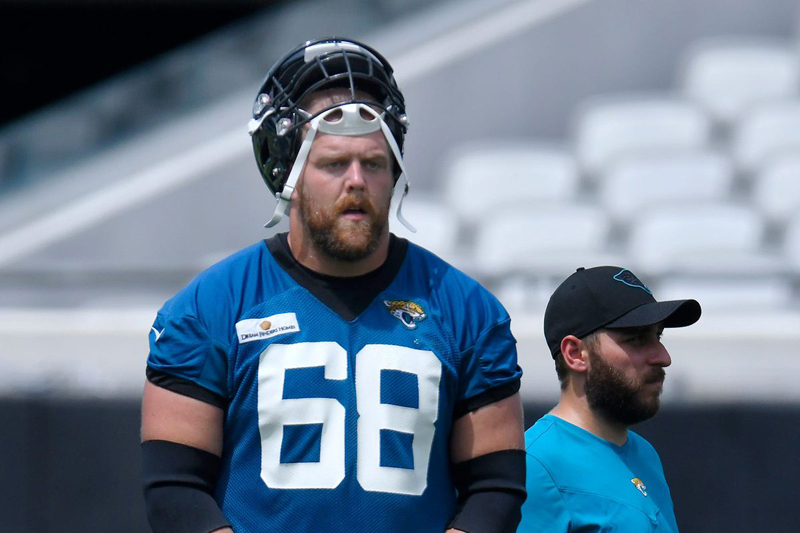 With his size and his game intelligence, Devin Lloyd knows how to annihilate the intentions of the opposing attack with his speed of intervention. Cover and recover balloons: check (4 interceptions in 2021). Stop the opposing runners: check (111 tackles including 15 behind the line of engagement). Assault the quarterback: check (7 sacks in 2021, 16 in career). Lloyd could become that player that Myles Jack ultimately never quite was. Another linebacker, Chad Muma is athletic and with an above average football IQ. With a tackle machine like Foyesade Oluokun to surround the rookies, the second defensive curtain looks great.

It’s more than likely that the Jaguars will go through the floor a lot. This was the recipe for the victorious Eagles in 2017. When you hold a position of such high responsibility, you always rely on your past successes. So Doug Pederson wants to play ground. Selected in the 1st round of the 2021 draft, Travis Etienne could not show his talent due to a foot injury. If he will probably lack rhythm at the start of the season, his explosiveness and his automatisms with Trevor Lawrence give hope. He will be the runner in charge of making impact plays. To move the chains: the beefy James Robinson and Snoop Conner. As in any good Western, the cavalry will come to the aid of the Sheriff.

Have fun composing top 10 NFL by positions. And if Josh Allen is talented, there’s a good chance you’re thinking ten Edge before him. Without the arrival of Brandon Scherff, it is to bet that there would be no Jaguars player in your various top 10! If this sport is collective, the presence of players of a higher level often makes it possible to make the difference. The Jaguars are completely devoid of it.

To help a young quarterback in his readings, there must be several receivers who know how to run the right lines. There must be at least one. Joe Burrow has Ja’Marr Chase, Justin Herbert has Keenan Allen and Josh Allen has Stefon Diggs. Who is this “safe guy” for Trevor Lawrence? Many have the quality and talent to be a number 2 receiver: Marvin Jones, Christian Kirk, Zay Jones, Laviska Shenault. None are bad. But none are of the caliber of a WR1.

Trevor Lawrence wears number 16. The same as his childhood idol wore with the university of this Tennessee where he grew up: Peyton Manning. Like him, he was the number 1 in a draft and like him, he threw more interceptions than touchdowns for his rookie season. The task will not be easy to continue the game of comparisons: from 3-13 to 13-3 for Peyton Manning from his 1st to his 2nd NFL season!

Well surrounded, Trevor Lawrence has shown his quality, whether in high school or at university. From now on, he must not only deal with a disadvantageous balance of power, but also be able to drag everyone in his wake. Not one but two steps to climb at once! The mission is not impossible, but the feat falls within the scope of a movie hero. Former quarterback himself, Doug Pederson comes to grow a kid with enormous potential. The Jaguars hope he brought her a shovel, so that Blonde no longer have to dig. 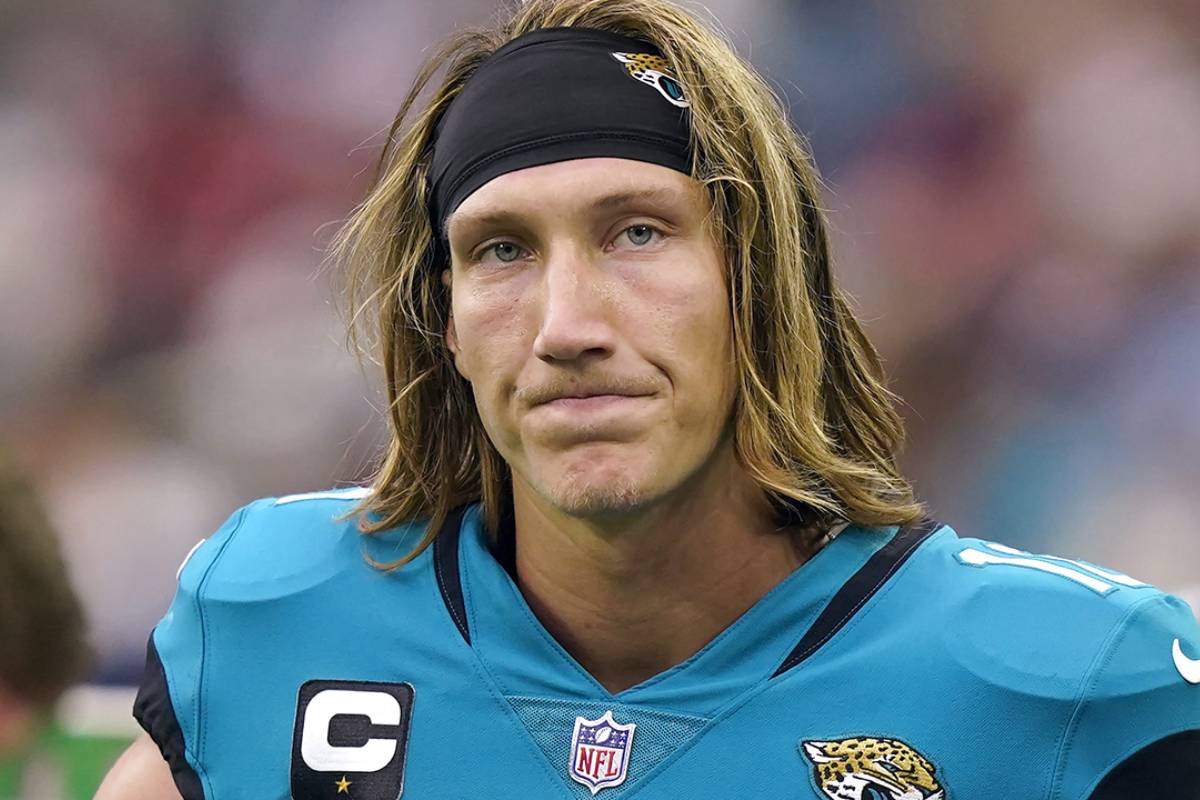 When you’re number 1 in the draft, all eyes are on you. For Travon Walker, the spotlight will be all the brighter, as he was a controversial choice by many fans: a product of athletic tests of far too overstated importance and not productive enough in college, according to them.

Travon Walker is athletic, like all defensive ends selected in the top 5 of a draft. But from there to being number 1 in the draft? There are many skeptics. An effective player against the run, he already offers this precious quality in a division dominated by two of the best ground attacks in the NFL: Colts 2nd and Titans 5th in 2021. In an AFC South where more excellent runners shine (Henry and Taylor) than top quarterbacks, this quality is important. Walked outside inside a defensive front organized most of the time in 42 in Georgia, Travon Walker will mainly be aligned in a single position in Florida, in order to promote his development.

“He’s a very versatile player so of course, we’re going to take him around the first curtain a bit. But we will above all fix it in a position to help it grow. said Doug Pederson at a press conference.

Discreet but effective, Travon Walker is the Brute in the movie. Because he is ready to use all methods to achieve his ends. Attack the quarterback inside or outside. Stop the runners himself or by blocking an access (gap control): his undermining work also benefits others. But sharing a lot of similarities with him, he could like Rashan Gary (Packers) need time to reach his potential.

Even before asserting its qualities as a sprinter, this jaguar will already have to start its race. Colts and Titans in the same savannah don’t make it easy. A young quarterback and a poor quality workforce, either. So the staff will rely on an old recipe: defense and running game. Limiting the damage and building a hint of momentum are Jacksonville’s goals in 2022. Two more wins than in 2021 will be hard to come by but still possible. Three would be a bonus.

But talking before playing is useless: “ when you shoot you don’t tell your life“, said this crook of Tuco.