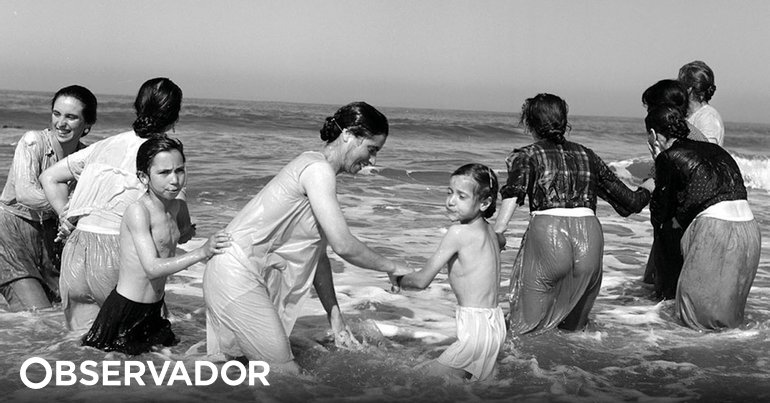 Pre-Publication. The country in the photograph of Artur Pastor, who saw it like few others – Observer

In his photographs there was a broad (because comprehensive) but simultaneously meticulous and detailed portrait of the country in which he was born and lived: namely its customs, its people, its activities, its rural and agricultural landscape.

Artur Pastor, born in 1922 in Alter do Chão and died in 1999, almost always seen with a camera in his hand, is considered one of the Portuguese photographers who best captured and documented 20th century Portugal and rural Portugal in the pre (since 1940) ) and post (until 1990) revolution.

Due to the longevity of his dedication to photography (which he reconciled with agriculture, in which he specialized and studied), Artur Pastor’s collection allows him to follow the cultural changes of a country that was his. Now, a book is trying to show all this: also with texts, of course, but with some of the most striking images he captured.

About to be launched by the Francisco Manuel dos Santos Foundation, in partnership with Lisbon City Council and Lisbon Municipal Archive, “Artur Pastor”, simply titled, will serve for the general public to get to know the catalog of the anthological exhibition promoted by Lisbon City Council in 2014.

Transposed now into a book are more than 200 images and texts by authors such as Ana Saraiva, Artur Pastor (son), Cristiana Bastos, Luís Pavão, Marcos Fernandes and Maria Carlos Radich, who reflect on the photography of the former technician of the Ministry of Culture and photography lover who has mapped the country from one end to the other, seeking to portray it in its entirety, from the coast to the interior and the islands, from land to sea.

The Observer pre-publishes here the chapter “O País de Artur Pastor”, a reflection by Cristiana Bastos on the Portugal portrayed by the photographer and which frames her deep connection to the people and national territories.

Staged, spontaneous, on demand, traded or stolen at the moment, Artur Pastor’s photographs transform our experience and knowledge. Along with the aesthetic emotion that its black-and-white nuances irremediably generate – and this emotion and aesthetic will speak to photography critics, detecting styles, schools and originalities – we live the experience of throwing us into a country that was represented and if represented, and that, coexisting with the representations, existed below and beyond them, resisted and resisted them.

Here we will make successive approximations to the country that Artur Pastor brings to life: what pluralities emerge, between obvious and secret, between coast and interior, between official and clandestine, between known and unknown, between heroic and lyrical? What other sources of knowledge — ethnographies, history, propaganda supports — can we come across these photographs to relate to the country and countries they tell? If other narratives and characterizations can help us to situate the life and practices photographed by Artur Pastor, something remains, indelible, of the gestures, moments and choreographies of objects that his lens captured and created. So let’s look at them.

Let us not yet call upon the country that can be known beyond and beyond the photographs of Artur Pastor. This will be – or rather it was – a country of contrasts, difficulties, needs, waits, silences, parties, products, objects, works, joys, fado, pilgrimages – a country, like all others, of unity and diversity, and also, like everyone else, in its unique and irreplicable way, and for the same reasons hated and loved, sung and researched, the object of obsessions, passions, poems, interrogations, investigations. We will get there. Let us look first at the country emerging from these photographs, the country of Artur Pastor.

In reading the images, in the vastness of their scope, in their repetition and extension, one detects a photographer intensely committed to the visual record of a country and the creation of a memory with a broad spectrum and vast material support. His biographical data confirm this: we have someone fully dedicated to capturing, recording, developing, printing, disclosing and saving for later the images of an everyday life that is now inscribed in large murals and panoramic views, in landscapes that change and that it is urgent to document, now one reads in the looks and approaches between men, women, trees, animals, seeds, implements, houses, doors, hammocks, boats, fish, but also in the materiality of places of science and experimentation, in agricultural stations, in their laboratories and outposts.