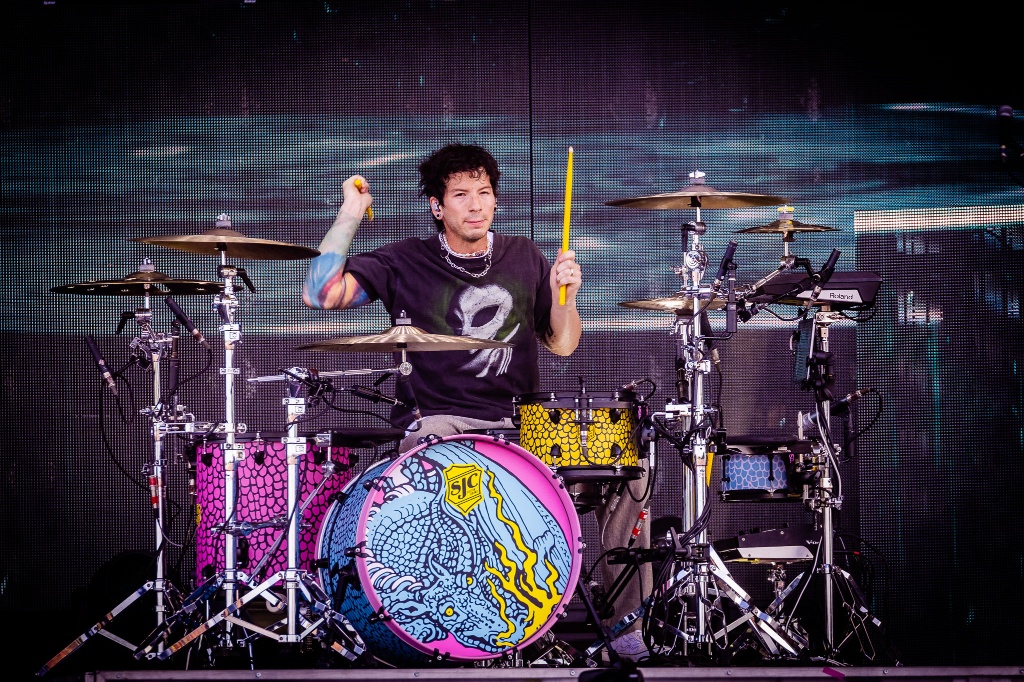 PP22: Twenty One Pilots is bored with too many special effects

Twenty One Pilots has been playing dirty covers around a campfire for about ten minutes. ‘I Can See Clearly Now’, ‘My Girl’, damn what is this again? Oh yes, Edward Sharpe & the Magnetic Zeroes, from that IKEA commercial. Damn, ‘Kiss From A Rose’, really? Also the Wilhelmus, yes? We already knew that Twenty One Pilots is a fairground act. From the beginning there were stories of balaclavas, fireworks, flips and other antics, and the greatest claim to fame: a drum kit that allows Josh to crowd surf. That all sounds very spectacular, but in practice it is just a restless mess.

Restless and messy, Twenty One Pilots’ music is enough on its own. The duo is basically a kind of emo band, which sings about the stress of growing up and getting rid of the busyness in your head. They dress that up by turning the entire pop history upside down. One minute they’re Elton John, the next Eminem. It’s pop and punk, rap and trance, sometimes even switching within a song.

Over the years this has resulted in quite a few successful pop songs, some of which also became major radio hits. For example, the opener of the set ‘Heathens’, the reggaepop song ‘Ride’, and the emo-trance of ‘Car Radio’, in which Tyler Joseph sings that he normally drives away his demons by being distracted by music. BUT NOW SOMEONE HAS STRIPPED HIS FUCKING RADIO AND IT’S IN THE SILENCE!!! Simple trance tune, CO2 cannon, poof! It can be that simple. But yeah, that nonsense isn’t it, all that nonsense all the time. Those necks and hands black from the charcoal at Tyler’s. That tongue out all the time from drummer Josh. Those stupid masks again. And yes, ten minutes of campfire.

THE MOMENT:
At the end of the set, Tyler is standing atop a five-foot-tall mini stage at the far end of the catwalk. They play their best song, ‘Stressed Out’, a song full of longing for the time when they cruised through the neighborhood on their tricycles as carefree kids. That time was beautiful. But Tyler is distracted again. Probably because of a vision how handsome he is standing there high above everything and everyone. True, but it is yet another wasted moment in a laughably chaotic show.