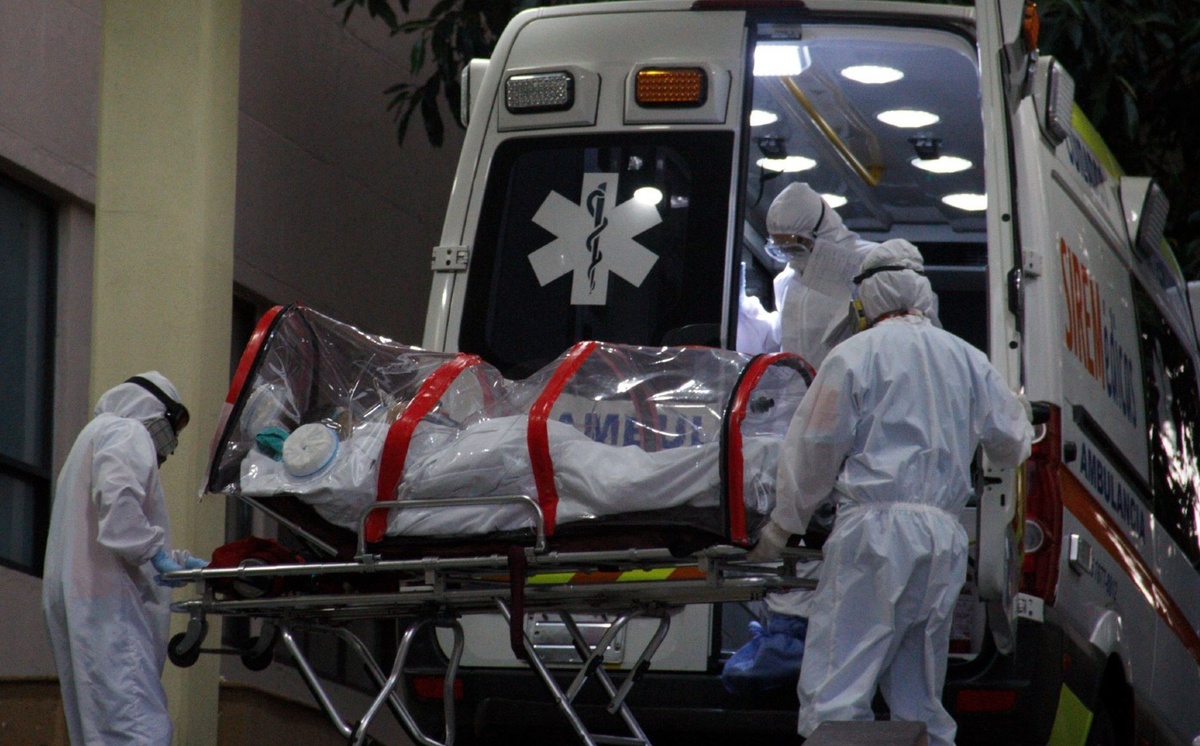 That César Medina suffers from mental fog, a kind of sudden memory lossIt is not the only symptom of covid-19 that he has suffered for just over eight months, when he estimates that he was infected. He has also been through fever, nausea, muscle aches, diarrhea, headaches, fatigue, and a white tongue with sores.

To his bad luck, in all the tests that have been and have been, César has tested negative for the virus. This is why most doctors who have treated you assume that he has never had coronavirus and suffers from pure anxiety.

Just a few days ago, the chief of internal medicine at the Guadalajara Civil Hospital He told him that “nothing is wrong”, that “he has never been infected”, and he was discharged. He prescribed corticosteroids and recommended that she make an appointment with the gastroenterologist to check her irritable bowel, and that she also go see the neurologist to treat memory loss.

“Now my challenge is to find another doctor because I cannot live like this, taking corticosteroids,” says César by phone, from Zapopan, Jalisco, where he lives. “Why do doctors refuse to recognize persistent covid? Is it a political issue? Is it ignorance and indolence?

It all started on October 18, 2020, when he had the first fever that threw him into bed. Then the coughing came and immediately he got endless diarrhea. PCR test came out negative. So they prescribed antibiotics for gastrointestinal upset and a syrup for the throat.

“They tell you it’s your imagination”

Days later, the clinical picture worsened. Then César consulted an internist in Mexico City by video call. “He diagnosed me with covid and sent me to quarantine for 15 days”; time in which he lost just over ten kilos from lack of appetite, fevers and diarrhea.

“I felt fine for a few days, but by the beginning of November the fever returned, accompanied by other symptoms: numbness in the fingers, tremors, stitches, anxiety attacks and mental fog.”

And again, to find a doctor. “Doctors who charge consultations of more than 1,500 pesos and who only tell you that they do not know anything about covid-19, that I had a bad time, or that, flat, they tell you that it is your imagination.”

The diagnosis that they gave to César was: sequelae of coronavirus and that, with time, they would disappear. And yes: by the end of December and the beginning of January, César already felt “90 percent”. So he returned to his job at the Tlajomulco city hall. “But since it was the time when the contagion was highest, I returned to the fevers and I had a white tongue, a covid tongue.”

After bypassing the bureaucracy of the Mexican Institute of Social Security (IMSS), César was able to access the Western Medical Center. “The head of immunology was honest and told me that there was no medical protocol to follow up with post-covid patients.” Cesar was not surprised by the doctor’s words.

Since November, the man opened a group on Facebook that he called Persistent Covid Mexico. It arose because, concerned about his ailments, he found groups in Spain, Argentina, Peru and Brazil, who are also concerned about the so-called “Long Covid” in Great Britain or the United States, given the number of people in the world with this type of symptomatology.

Covid Persistent Mexico started with 30 members and has grown to almost 4 thousand. “The group is a space for accompanying patients when faced with the rejection of doctors. It is a space of empathy, and of political vindication to demand our right to decent health ”.

– And which of the hundreds of testimonies that people have written on the Covid Persistent Mexico wall is the one that has caught your attention the most?

—To me they are all important testimonies. Something that I have learned is not to dismiss the pain of the other, to empathize with the pain of others. It is clear to us that there is discrimination and rejection towards us, not only from the doctors, but also from the population. In my work they no longer believe me that I am still ill.

César says that he has read a lot about covid-19 and now knows, for example, that the stool test performed by the Chinese is more reliable than the pharyngeal fossa test, because the virus, unlike other coronaviruses, is not a disease that attacks only the respiratory system; secondly, it attacks the intestine.

“But if you say that to the doctors, they stare at you and ask, ‘Are you a doctor?’ ‘No, but I have read’, you answer them and, as they do not read and are egotistical, they get angry ”.

César believes that medical indolence has a root: the federal government’s health policy, which, until now, insists that the mask is not essential, that those who get sick or die are people with comorbidities or that the covid- 19 is not serious for young people.

“I am 30 years old, I do a lot of sports and I have had a very bad time. On the other hand, and fortunately, my father, 66, a diabetic, had no major consequences now that he was infected. My mother, 64, hypertensive, also freed her ”.

“If you had López-Gatell in front of you, what would you say to him?”

– And why do you think almost no one is talking about it?

—Or because recognizing it would be a collapse for the health system. Or because there is ignorance and indolence.

César says that he planned to take his complaint to the National Human Rights Commission. “But they didn’t give me the strength or the body.”

And now he is looking for a doctor, after the Civil Hospital of Guadalajara assured him that he has never had covid-19. What is your imagination.