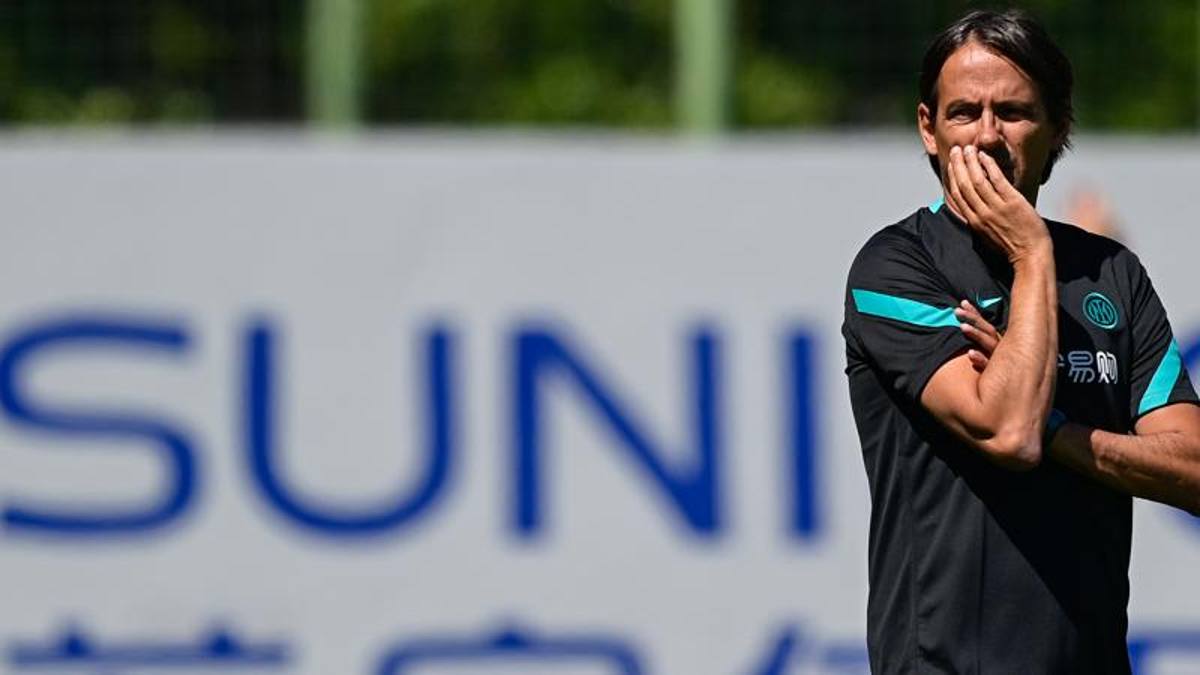 In the new 3-5-2 less anticipation and the goals of the Turkish. And without Hakimi more alternation on the outside: so the new coach wants to go beyond Conte

Today Inzaghi will understand the strange effect it has: sitting on the bench of champions, with the championship near the heart and the flashes all around. The walk on Wednesday with the amateurs of Sarnico, closed in the secret of Appiano, certainly does not make statistics: only today in Lugano the era of Simone really begins. While waiting for the big players, the coach has already begun to plant the seeds of his revolution: it will take time and patience to reap the rewards, but his Inter Milan will soon try to go beyond Conte’s epic. Inzaghi wants to keep the best of a two-year period in which his predecessor led the troop like a leader in the arena, but he also intends to soon add something of his very personal style, on and off the pitch. So among the Nerazzurri the music has officially changed: both in the way of playing and communicating is now done in the manner of Simone.

It starts from a certainty: the 3-5-2. A system that allows tactical continuity, even if – beyond the numbers – the interpretation and the idea of ​​the game counts. In defense little or nothing changes: De Vrij will always be the first play for the construction from the bottom, the arms – Skriniar and Bastoni – will have to get used to the idea of ​​going to dribble more often close to the median. And Handanovic will also have to take some more freedom with his feet: after a season with Reina, Simone has understood the importance of having a goalkeeper capable of skipping the first pressing. Conte focused a lot on intensity, in every area of ​​the pitch: quality and fury: ball regained, and immediately verticalization to look for Lukaku. Inzaghi, on the other hand, prefers possession in the opposing half of the pitch. Fast phrasing of the ball on the ground, possibly with two touches. And occupation of the spaces, then looking for the hole near the area. At least that’s how his Lazio reasoned. This time, up front, the arsenal is atomic and the LuLa can be operated in different ways.

Less tension outside, same concentration inside. Inter chose Inzaghi also for his virtues as a peacemaker after the Contian holy war: years and years with Lotito forge their character, help to avoid conflicts, but the “corporate manager” is certainly not a “yes man”. For example, he is not satisfied with the market, he continues to give indications, but he cannot but observe with realism the narrowness of the present: impossible to ask for the moon, inevitable to accept sacrifices. Certainly, compared to the past, public exposure of private cloths will be avoided, it is not in the character of the coach. When you close the rooms in Appiano, however, there is certainly no relaxation, on the contrary you work as hard as in the past. And better not to make him angry, Romelu Lukaku will have received confirmation from his brother’s voice: Jordan was sent dishonorably to the stands for a delay before Juve-Lazio in the summer of 2020.

Calhanoglu’s arrival was not just a need, but a specific request. Simone has a lot of respect for the Turk and after losing Eriksen he had no doubts about the profile to be included. Calha will not be there today, family commitments bring him back to Germany for the wedding of his brother, of which he will be the best man. A permit that has been granted for some time, also because today the Turkish player would hardly have played more than 20 ‘. Simone from Hakan expects mostly Luis Alberto-style winning assists, and lethal set pieces. Standing still, Calha can be decisive. Simone expects many goals from him and the midfielders. Barella was the best of last season with 3 goals, then Eriksen with 2. Too few if compared to Milinkovic’s 15 of the last two seasons. Someone like Sergej is missing from this team, but it certainly does not lack quality and the possibility of finding new solutions.

As in the Conte era, even now the flanks are sensitive, decisive material: Inzaghi intends to envelop his opponents by widening the game as much as possible and, to do so, he expects some cadeau from the CEO Beppe Marotta and from the sporting director Piero Ausilio. If there is no other Achraf Hakimi in nature, the goal is to recruit someone who doesn’t make him regret too much. Then the match will remain in the hands of Simon, who will try to rotate the men more on the outside. No holders carved in stone as was (rightly) the Moroccan. So, on the right, Matteo Darmian climbs up the hierarchy, who has made a trade out of flexibility: the Italian outsider will be ready to alternate with whoever comes to keep him company. The left welcomes the prodigal son Dimarco and, even if Perisic could stay in the ranks, there will be more alternation.