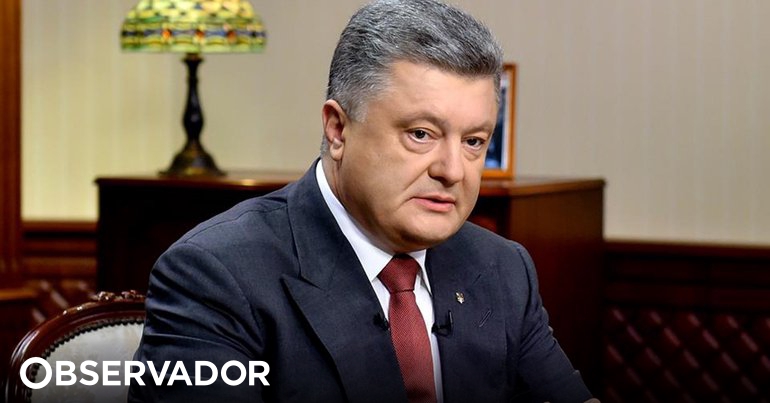 Former Ukrainian President Petro Poroshenko shocked the world when, the day after the Russian invasion, he appeared before several international television channels with an AK-47 machine gun in his hands, patrolling the streets of Kiev. Ninety-eight days later, the former head of state only managed to leave the country on the third attempt to travel to Rotterdam for the European People’s Party Congress, where he granted the Observer one of the few interviews he gave in the Netherlands.

Poroshenko tells the Observer what that street patrol was like in the early days and that he couldn’t sleep for days after his battalion was the first to arrive in Bucha. The leader of the Ukrainian opposition – who lost in the second round against the current president – says that “the assessment of Zelensky” will be made later, for now it is time for “unity”. That’s why he shook hands with Volodymyr Zelensky and left the “disagreements behind his back”. After being prevented from leaving the country twice, he called Zelensky directly and managed to be at the Congress of the European right.

The former Ukrainian head of state explains to the Observer that one of the reasons he is on Zelensky’s side is because he needs to be reinforced in order to negotiate with Vladimir Putin. Recalling that he negotiated for five years with the president of the Russian Federation, he leaves a warning to Zelensky: “If you are weak or afraid of Putin, you will lose“.

Regarding Portugal, Poroshenko dispenses with the support offered by António Costa to help the country in the technical part of the accession process, as he says that “this is with Ukraine“. He also downplays the Portuguese prime minister’s references to the expected delay in the accession process because he believes that as “the Portuguese people want Ukraine in the EU, politicians will have to go after it, because otherwise it would not be a democracy”. Poroshenko also adds that he hates the idea of ​​interfering in Portuguese domestic politics, but leaves an appeal to the Portuguese about the PCP: “Don’t vote for communists“.

Before the interview, the president who ruled Ukraine between 2014 and 2019 wanted to know if the newspaper and radio Observador were big enough to waste his time and only confirmed where he was located in the Ahoy multipurpose a few minutes before the interview began. Security demands it, but he maintained an approachable, relaxed demeanor throughout the conversation. The promised five minutes quickly grew to nearly 20 as I drank a little coke, symbol of the side of the world that has always defended for Ukraine, the western. Here, then, is the interview.