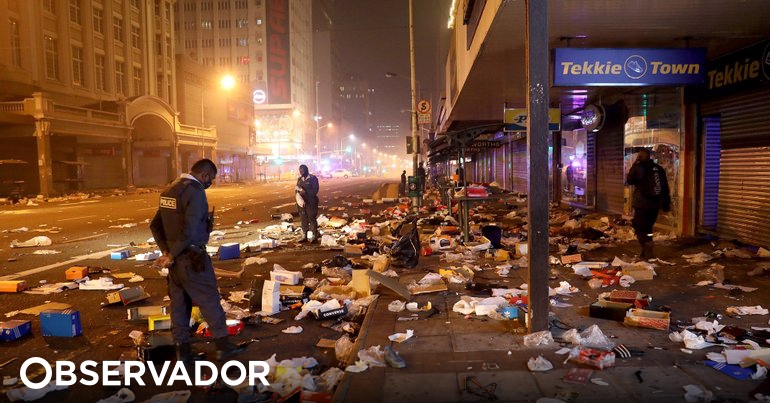 The Portuguese ambassador to South Africa, Manuel Carvalho, on Tuesday urged the approximately 450,000 Portuguese in the country to “stay at home”, ensuring that the Portuguese authorities are “alert” due to the violence in several South African regions .

The community must strictly follow the recommendations of the authorities and act with the greatest possible precaution: if you don’t need to go out, don’t leave the house; and maybe it’s days for not opening stores or other establishments”, said Manuel Carvalho.

In a message to the Portuguese community residing in South Africa, released this Tuesday through various groups of the social network WhatsApp of the Portuguese associative movement in the country, the diplomat said that “the consular structures are alert and are closely monitoring the situation”, without advance details.

“Cases of emergency and consular assistance must be communicated to the Consular Emergency Office ([email protected]; +351961706472) or to our Posts”, reads the note, to which Lusa had access, adding that “being the more serious cases all in areas that fall within the jurisdiction of Johannesburg, the relevant situations can be communicated to the team of the consulate general (emergency consular: 0783446495)”.

The Portuguese diplomat considered that the violent disturbances that plague South Africa for the sixth consecutive day “while they last, are particularly dangerous moments in which it is essential to maintain all prudence”.

“We must always bear in mind that life is worth more than heritage; and that it is important for us to take measures to prevent steps or situations that may bring irreversible consequences”, he added. “Unfortunately, we know of Portuguese establishments that were vandalized in certain areas in KwaZulu-Natal and Gauteng. I have no knowledge of personal injury”, he stressed.

In Manuel Carvalho’s view, “those who are in Africa, those who have been in South Africa for a long time have already seen similar situations and, as has generally been the case, eventually settle down after a few days, with measures to restore control by the authorities”. “I believe that the same will happen this time”, recommended the Portuguese ambassador to South Africa in the message addressed to Portuguese residents in the country.

Speaking to Lusa this Tuesday, the Secretary of State for Communities, Berta Nunes, had already recommended prudence to the Portuguese and urged them to stay at home. The government official added that among the victims of violence there are no Portuguese.

At least 45 people died and more than 750 were held in violent disturbances, looting and intimidation actions, which continue for the sixth consecutive day in South Africa, after the arrest of former head of state and former head of the African National Congress (ANC), Jacob Zuma, last Wednesday night.

The South African government has deployed 2,500 troops to support the police in containing riots in Zuma’s home province, KwaZulu-Natal, as well as in Gauteng, the engine of the country’s economy. But the protests extend to several other cities in South Africa, namely Cape Town, where more than 30,000 Portuguese live.