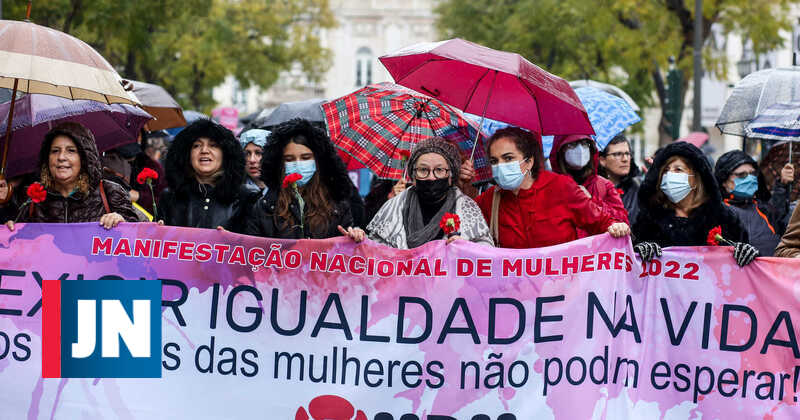 Portugal is the 4th EU country where women are most precarious

Women are more precarious and vulnerable in Portugal, according to data released by PORDATA. Among the 27 States of the European Union, Portugal occupies the fourth position, ex-aequo with Cyprus, “where there is a greater proportion of women with temporary contracts”, reads the statement sent to newsrooms to mark Mother’s Day and of the Worker. There are almost two in ten, he adds, and one in five Portuguese women is considered poor or in an area of ​​social exclusion.

Women continue to be the most vulnerable part of the population, according to data released by PORDATA. Women represent 20.2% of the population at risk of poverty or social exclusion. In 2020, the total population in this situation was 19.8%.

Deficiency. Valor T employment agency wants to strengthen its presence in the countryside

Labor Day. Costa highlights salaries to mark 1st of May

Labor Day. Four out of ten long-term unemployed are from the North

Poverty especially affects single-parent families, with 25% of these families being poor and almost nine out of ten of these households the adult is a woman, equivalent to 85.4%.

Get paid less for the same functions

Although the unemployment rate of women with higher education is lower (4.9%) than that of men (5.9%), women receive, on average, 220 euros less than men for performing the same functions. .

The salary disparity is more glaring among employees with higher education, where women “earn 700 euros less than men and 326 euros less among highly qualified professionals”, the statement reads.

In unemployment, the statistics are no longer encouraging. More than half of the unemployed registered with the IEFP are women (57%) and they are also the ones who benefit most from unemployment benefits and unemployment social benefit, 56% and 61%, respectively.