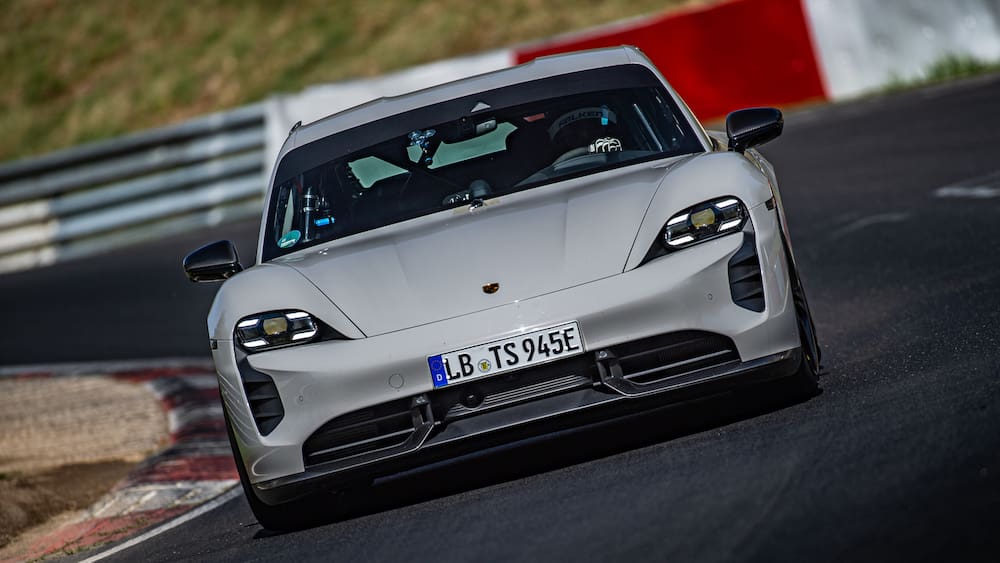 Last year, the Tesla Model S Plaid set an official record for electric cars on the legendary Nürburgring-Nordschleife. Porsche didn’t let that sit – and now undercut the time in a Taycan Turbo S with a special performance kit.

A best time in the “Green Hell” is now considered a special benchmark for the automotive industry. After all, the Nürburgring Nordschleife, opened in 1927 in the German Eiffel, is considered the most demanding race track in the world. On one lap, the drivers can expect 73 curves, 300 meters of difference in altitude and a number of demanding uphill, downhill and inclines. Accordingly, it is particularly prestigious for sports car companies to achieve best times here (click here for the article: 13 records on the Nürburgring-Nordschleife).

Porsche must have been all the more annoyed when US electric pioneer Tesla set a record for series electric vehicles in September 2021. The Model S Plaid with a tri motor and a gigantic 1020 hp sped around the 20.8 kilometer route in 7:35.579 minutes, undercutting the unofficial record of a Taycan prototype from 2019.

But this record is now history too: the Porsche Taycan Turbo S with a newly developed performance kit is now the fastest production vehicle with an electric drive. The electric sedan with development driver Lars Kern (34) at the wheel needed 7:33.350 minutes for one lap on the Nordschleife. That’s over two seconds shy of the Tesla Model S Plaid’s old record.

The performance kit from Porsche includes 21-inch RS Spyder design wheels with street-legal Pirelli P Zero Corsa sports tires, which are now also available for the Taycan. The rubber compound is similar to that of racing tires. Another component of the performance kit is a software update of the Porsche 4D-Chassis Control that is tailored to the sports tires. This analyzes and synchronizes all chassis systems in the Taycan Turbo S with up to 761 hp (560 kW) in real time.

“In the past, only thoroughbred super sports cars managed to achieve a time of 7:33 minutes,” says racing driver Lars Kern. “Thanks to the new performance kit, I was able to push more, while the car was even more precise and agile to drive.” The performance kit is an accessory package that will initially only be available from German Porsche dealers for the new 2023 model year Taycan Turbo S. A retrofit after the first delivery in the Porsche workshops is planned in Zuffenhausen (D). The transport to and from the headquarters is included, as is the individual acceptance and registration of the Taycan.

The performance kit is priced at a whopping CHF 13,000. Since the racetrack performance of the Porsche Taycan primarily benefits, customer demand is likely to be limited. However, Porsche was concerned with chasing the electric car record time on the Nürburgring back from the much older but more powerful Tesla Model S Plaid with its more than 1000 hp. “We are very pleased that the Nürburgring record for electric cars is now back with Porsche,” says Kevin Giek (42), head of the Taycan series. “The lap time not only shows how much potential there is in our new performance kit. It also confirms once again the sporty genes of the Taycan.”