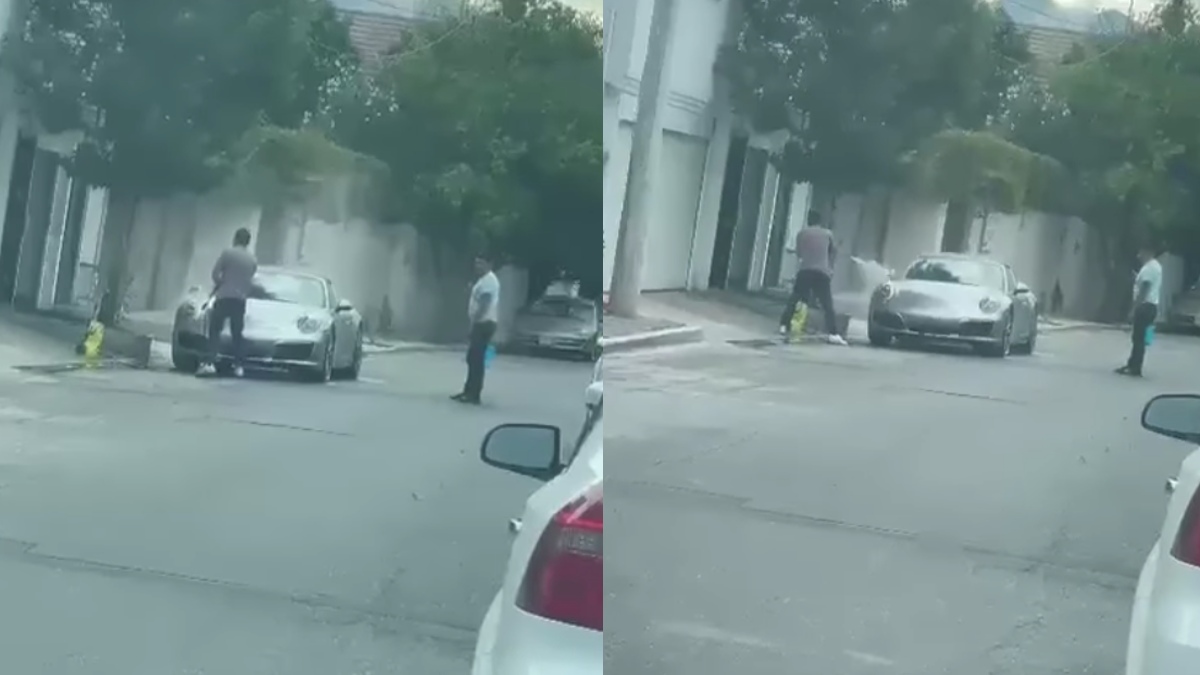 Porsche in Nuevo León: They exhibit a subject washing it with hoses

What is known about the Porsche in Nuevo León hosed down?

It was through his Facebook and Instagram accounts, where the governor of the entity, Samuel Garciashared the recording in which the man who washes the vehicle with abundant water can be seen.

At the same time, another subject, who appears to the side of the car, holds a bucket while the other man continues “bathing” the car, with a machine that launches the pressurized liquid against the bodywork.

Due to the images, the governor, in addition to expressing his outrage at the action, despite the measures applied in the state for the water crisis, highlighted that before the complaint of the waste, they put a reducer; however, he stressed that it seems not to have been enough.

In the same way, the president questioned Internet users about the sanctions that should be received by the subject who, with hoses, washes a Porsche in Nuevo León.

“Good afternoon to all of Nuevo León, except for the inconsiderate Porsche guy. Before the complaint they put a reducer, but it seems to me that it was very light. What do you think? 1.- Fine, 2.- Remove meter, 3.- Closure, 4.- All of the above”.

Samuel García wrote in his publication

different Internet users did not hesitate to express their discontent before the recording.

What sanctions are there in the face of the water crisis in Nuevo León?

In recent days, the governor of Nuevo León announced that there will be criminal sanctions against water theft; this, in the midst of the water crisis.

He said that traces of clandestine shots have been detected, and that on the morning of Thursday, June 16, 2022, they went to the site where one was detected. Its owner had already been sanctioned by the National Water Comission (With water).

Samuel García also pointed out that a company consumed 3 million cubic liters of water in the month of March alone, and just like this company, “there are more”.

The governor asserted that there is a “bestial” amount of clandestine wells in slaughterhouses, and that this water is to clean and give the cattle a drink.

“Everything administrative is applied to the maximum: fines, closures and suspension of wells. Everyone connects to the network, so we arrive, we close; Water and Drainage arrives, and since the wells are already there and since the state has the liters on paper. I ask prosecutors (state and Mexican) to take criminal action, since clandestine tapping is a crime. Don’t wait for the folder, because we have a lot of work to do; come, put together folders, see who the owners are and with whom they made arrangements. The owner of a trace was worth a hat and he reconnected the bad way, we saw how they wanted to hide water tanks above the well so that we would not see them, but we have information on everything. In addition, we detected that a company spent 3 million liters in the middle of March, when the crisis began, and that is no longer going to be tolerated”.