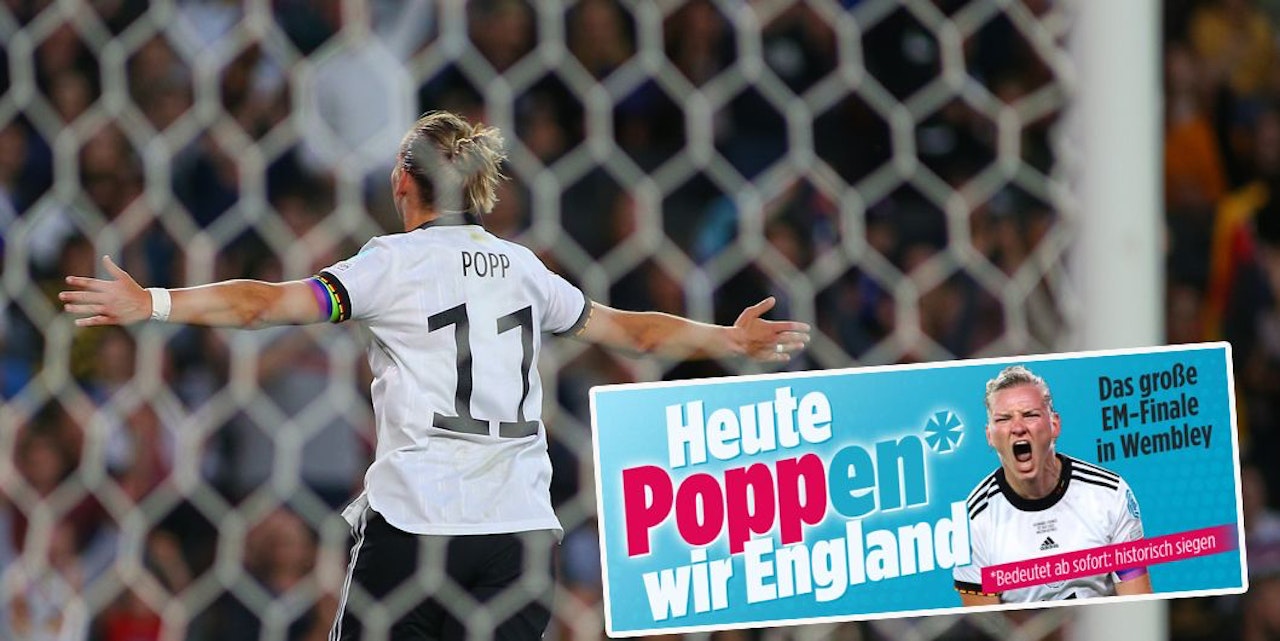 “Popping England!” Germans get excited before the EM final – football

Excitement before the big EM final! The largest German newspaper provokes England with a daring pun on the name of goalscorer Popp.

Six goals in five games! England trembles in front of Alexandra Popp. The clip shot Germany into the final of the European Championship. The striker once again proved her scoring prowess with two goals in the semi-final against France.

The big showdown will take place on Sunday at 6 p.m. in London’s Wembley Stadium. The hosts challenge Germany in the fight for the title.

The German “Bild” newspaper is preparing for the match in its own way. In big letters she writes: “Today we pop England”, explains the new meaning of the vulgar expression in the same lead image. From now on, poppen means “historically winning”. You can see the play on words with the surname of the big DFB star in the photo above.

The paper is thus treading on thin ice. Criticism hailed on social media. The allegations: lack of respect for opponents, sexualization of women’s sport. Others see a successful smile in the headline. In any case, the newspaper with the widest coverage is certain of one thing: attention.

Incidentally, Austria’s women’s national team only came to a stop at the EURO in England in the quarterfinals against Germany (0:2).