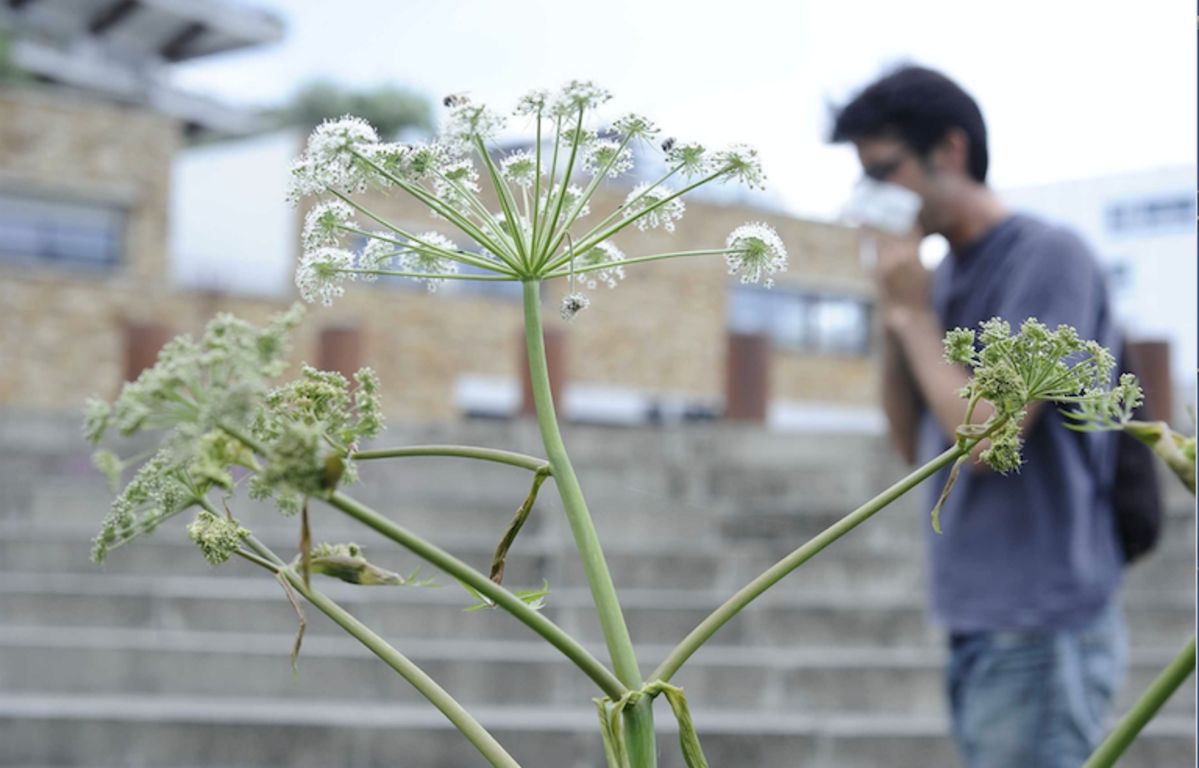 Pollen allergies more severe this year due to weather conditions

Runny noses, cascading sneezes, itching, asthma attacks… This year, allergy sufferers are particularly suffering due to weather conditions that favored the dispersal of high concentrations of pollen, a trend that should increase with global warming.

“In recent weeks, I have suffered much stronger attacks than in previous years at the same time”, tells AFP Elodie Germain, 43, resident in Ile-de-France and allergic to pollen since adolescence. . So much so that this entrepreneur, who has just bought a country house in Normandy, asked herself the question of going there to spend weekends.

A phenomenon difficult to quantify

“As soon as I was green, it’s as if a wave of pollen swept over me,” she explains. She describes disabling symptoms, between “a constantly runny nose, itching all over the face, neck and palate”, and – new – “nocturnal asthma preventing sleep”. Associations and allergists confirm having received a large number of calls from patients, even if it is not possible to quantify the phenomenon.

It is also difficult to compare with the two previous years, according to Pascale Couratier, director general of the French association for the prevention of allergies. “In 2020, there was confinement, so people went out less. And last year, wearing a mask was able to protect against allergies, ”she underlines.

But one thing is certain this year: “Symptoms have been felt by many and in a very violent way”, she summarizes. To treat themselves, allergists most often prescribe antihistamines, drops or corticosteroids, and possibly a long-term “desensitization” treatment.

Allergy is a hypersensitivity reaction initiated by a specific immune reaction to a substance foreign to the human body, called an allergen, of which pollen is a part. Three major pollen periods follow one another during the year. First, that of tree pollen (olive, plane, birch, oak, etc.). Then that of grass pollen which corresponds to the period of hay fever. The season ends with grass and ambrosia pollens.

The distribution of these pollens depends on weather conditions. The heat promotes pollination and the wind disperses the pollen grains in the air. This year, the heat, which appeared early in the season, contributed to the dissemination of a very large quantity of grass pollen. According to the latest bulletin from the National Aerobiological Surveillance Network (RNSA), which monitors the content of biological particles in the air, the whole of France is still on red alert for allergic risks.

If the bulk of allergies should calm down after the end of June, we can expect longer and probably more intense allergy seasons in the years to come. The reason is global warming. “In thirty years, it has already been observed that the quantities of birch pollen have increased by more than 20%,” Samuel Monnier, spokesman for the RNSA, told AFP. With the temperatures warming up on the surface of the globe, certain plants or trees are also gaining new territories. “More and more ambrosia, which are very allergenic plants, are moving north, including at altitude,” notes Mr. Monnier.

In France, around 20% of children from the age of 9 and 30% of adults are now affected by pollen allergies, according to the Ministry of Health. Figures that will inevitably increase in the years to come, warn specialists. “Global warming will lead to longer pollen seasons, while pollution will make pollen more aggressive,” warns Isabelle Bossé, president of the allergists’ union. “This is a real public health issue,” she argues. “When you don’t experience a severe allergy, you can’t understand what it is. It has a huge impact on quality of life.”