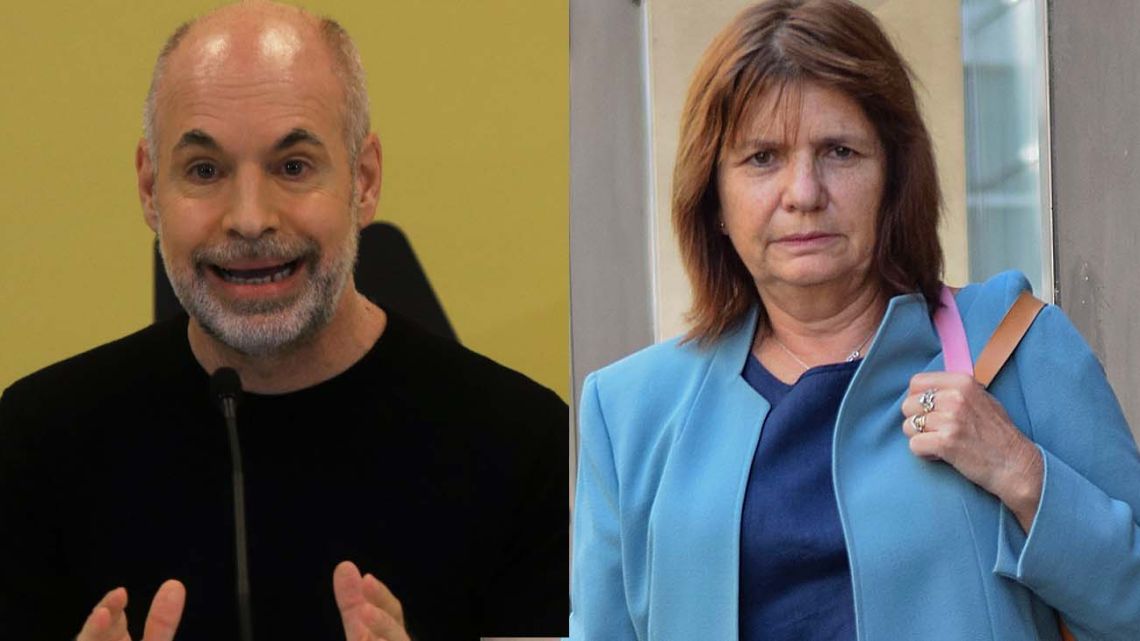 The dispute over the leadership of Together for Change does not loosen while the campaign for the legislative elections of 2021 ignites. After lowering his candidacy to facilitate the place to María Eugenia Vidal, Patricia Bullrich won in positive image and already surpasses Horacio Rodríguez Larreta. On the side of the ruling party, the image of President Alberto Fernández descended and is almost at par with Cristina Kirchner.

The public opinion poll was conducted by Jacob & Associates between July 8 and 10, surveying 2,500 cases adjusted by gender quotas, age, regions, electoral sections of the province of Buenos Aires, communes of the City of Buenos Aires. The survey on mobile devices using a structured questionnaire with open and closed questions has a margin of error of +/- 2%.

In the report, the president of PRO, Patricia bullrich, surpassed the head of the Buenos Aires government, Horacio Rodríguez Larreta, as the political leader with the greatest image. The former Minister of Security had 43.9% positive opinions against 37% negative, while Larreta obtained 39.8% against 30.5%.

In the ruling party, the image of the president Alberto Fernandez continues to decline and is already equaling that of the vice president Cristina Kirchner. The president had a 26.8% positive image and a negative 62.2%, on the other hand, the former president achieved a similar positive (26.7%) but maintains a greater negative image (66.8%).

The image of Alberto Fernández in the crack: half approves it and the other half rejects it

Regarding the wishes of victory for these legislative elections in 2021, “the 30% of those surveyed indicate that they want the Frente de Todos to win the elections, and 60.9% want it to lose them. We have here a first notion of the electoral “floor” of the ruling party, “said Jorge Giacobbe.

And he added: “In the other corner of the ring, 44.1% indicate that they want Together for Change to win the elections. But this public does not behave in the same way as the ruling party. One party leaks its vote to liberal options and it must be considered that a party also leaks its vote to third options of provincial value “.

Looking to 2023, 27% said that they would like the current government to continue at the helm of the Executive, while 33% would prefer that Together for Change return to power. For their part, 23.9% come out of the crack and want another party to become the government.

The electoral dispute in the City of Buenos Aires

The poll also measured the Buenos Aires candidates with a clear advantage for Juntos por el Cambio. “Again in generic terms, the Frente de Todos assumes value 26.8% against 41.5% of Juntos por el Cambio. Beyond the internal one, the election seems resolved in favor of the head of Government, although there is still a 14.3% undecided from which it can be nurtured to reach a number closer to the 50% expected, “said Giacobbe.

“Non-Kirchnerist Peronism measures less than nationally (3.8%) and the more liberals (11.1%). We will see if the latter can defend the ballot and to what extent the candidacy of López Murphy manages to dissolve their vote. Leandro Santoro seems to be a comfortable candidate for the Buenos Aires official,
reaching 25.5%, and the internal between María Eugenia Vidal y López Murphy starts practically two to one (14% to 27.5%)“he added.

The electoral dispute in the Province of Buenos Aires

The survey also detailed how the electoral dispute in Buenos Aires territory. “The fight in the district that will be the axis of the symbolic discussion of these elections becomes even and polarized. 9.5% undecided, the Frente de Todos aspires to 37.5% and Together for Change to 38.4%. The two third parties seem to be heading towards making dignified elections even if they cannot break the polarization, “commented the director of the consultancy.

Survey: which are the favorite politicians in Buenos Aires territory

In this sense, he concluded: “But when we analyze this election by candidates (supposed) we can see that all the internal elections add fewer votes than the generic decisions. That is, there are portions of the electorate wanting to vote for a space, but have not yet decided by which candidate to settle the dispute, or, because none convinces them. The then undecided grow to 21.8% “.