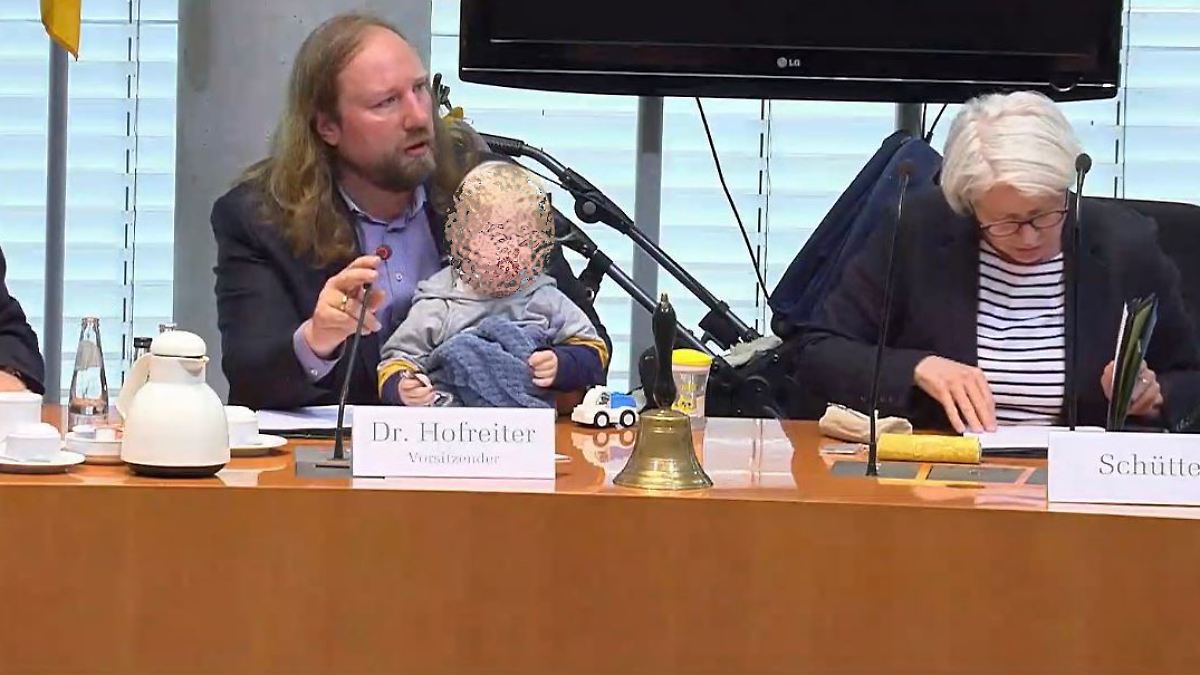 Politics with his son on his lap: Anton Hofreiter provides topics for conversation

Recently, Green Party politician Anton Hofreiter has emerged as a vehement supporter of arms deliveries to Ukraine. But now he’s causing a stir for another reason. He brings his son to work and chairs the EU committee with him on his lap.

Since March last year, the Greens member of the Bundestag, Anton Hofreiter, has had a son. And like all working parents, the question arises as to what to do when an important appointment is coming up and there is no babysitter at hand, but the child wants to be entertained.

Hofreiter therefore decided on Monday for the solution that many parents occasionally resort to: He simply took his offspring to work. And so a photo was taken that shows the 52-year-old at the conference table – with his son on his lap.

The picture was taken during a meeting of the EU committee, chaired by Hofreiter. It was published by an employee of the Bundestag’s online service on Twitter. While dad “Toni” seems to be completely in his political element, the boy is probably less interested in what is discussed in the meeting. He prefers to play with a toy car on the table.

The photo quickly spread online and caused mixed reactions. While some court riders praised it as “progressive”, others suspected that he only wanted to advertise himself. Another user was particularly bothered by the fact that there was so much fuss about the matter: “If men (have to) take their child somewhere, it is usually applauded as a heroic act. If women (have to) take their child somewhere ), they don’t have their lives under control, they don’t want to do enough at work and at the same time they’re bad mothers.”

It wasn’t the first time that Hofreiter had brought his son to work. He was also seen on earlier occasions with the pram in the corridors of the Reichstag building.

Born in Munich, Hofreiter has been a member of the Bundestag since 2005. He is actually considered an expert on environmental and agricultural policy. Since last year he has headed the Committee on European Union Affairs, as the body is called in full. Recently, however, Hofreiter has also emerged as a vocal advocate of arms deliveries to Ukraine, which was invaded by Russia.