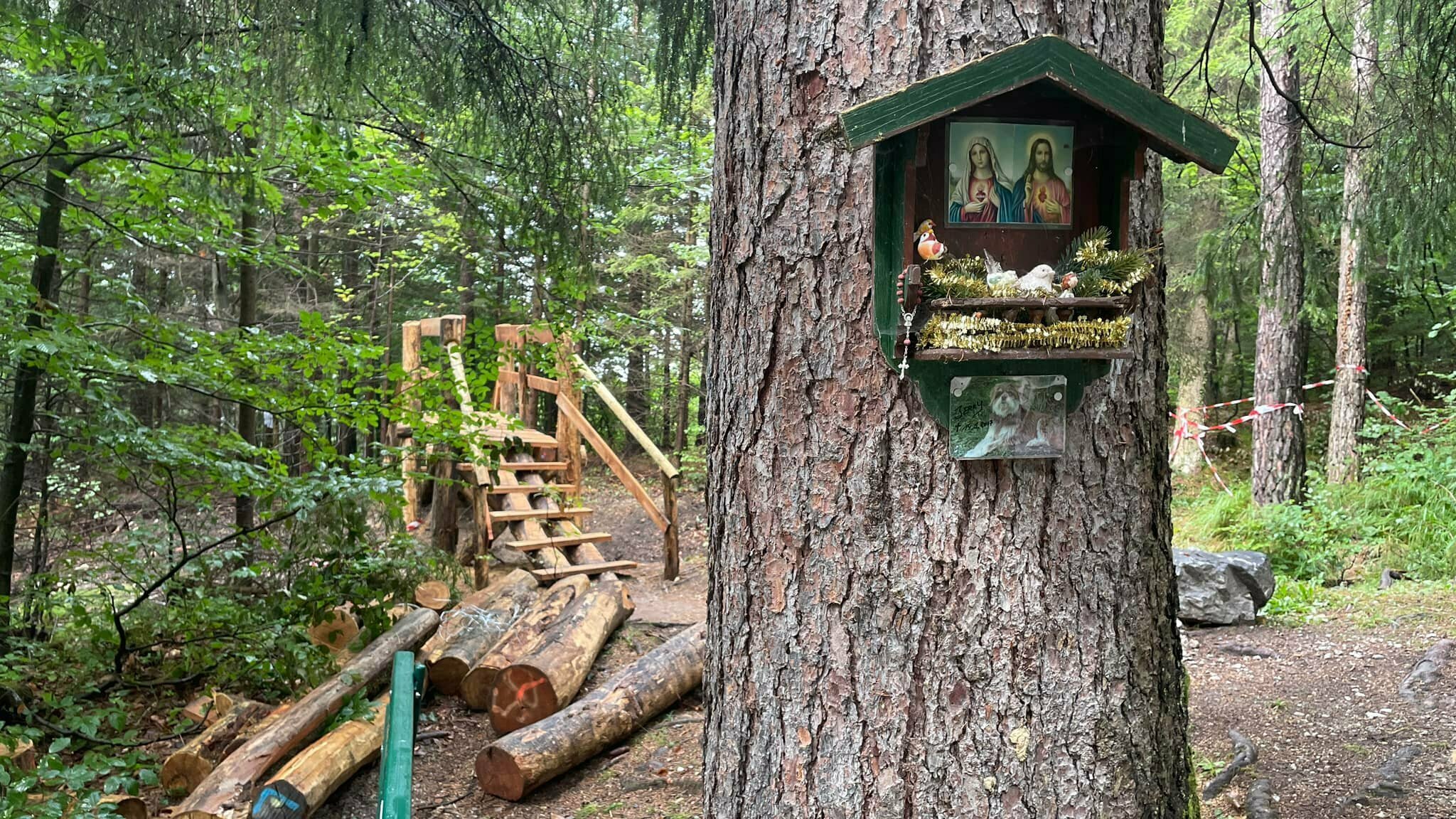 The alternative list is committed to the single-track Hofwald. The Greens see Willi’s candidacy in 2024 as “a great opportunity for Innsbruck”. The list for Innsbruck locates an internal power struggle in the Innsbruck Greens. The Just Innsbruck speaks to Willi of pity.

INNSBRUCK. In a broadcast, the Alternative List (ALi) was irritated by the hick hack surrounding the new Höttinger “Single-Trail Hofwald”. “Innsbruck is committed to the alpine-urban sports city identity. The trail construction resolutions, which are to be implemented by the officials, were then taken,” says Councilor Mesut Onay (ALi).

“Obviously, Deputy Mayor Anzengruber got cold feet that he stopped construction at the first call. He risks a delay of at least a year, which means considerable additional costs for the city and a loss of trust among the partners involved.”GR Onay warns of the consequences and calls for the trail construction to continue without delays according to the decision.

“I expect from a good city policy that all interest groups are already comprehensively involved in the planning phase and that responsibility for political decisions and commitments is then also assumed.” GR Onay rejects the FPÖ’s demand to generally do without trails, referring to decisions made by the city’s highest bodies with a large majority. “We’re not to be had for cheap profiling games,” says Onay. “For us as the “Alternative List” one thing is clear: We stand behind the mountain bikers who have been committed to the city of Innsbruck for years as competent contact persons and design partners offer. The cooperation has more than proven itself. It is important to continue to build on it,” concludes the ALi municipal council.

Mayor Georg Willi’s announcement in the Tiroler Tageszeitung that he wanted to run for mayor again in 2024 “a great opportunity for Innsbruck”explains the Green club chairwoman GR Janine Bex in a broadcast. The mayor is also with the people in the city in summer – with the four citizens: inside information on Tempo 30 throughout the summer as well as with the “Willi on site” campaign in the districts. “Innsbruckers are worried about the consequences of the climate crisis and how much longer they can afford their apartment. A mayor who fights for climate protection, who focuses on finances and is not associated with housing speculators is exactly the right thing for Innsbruck,” says club chairwoman Janine Bex, “Georg Willi works around the clock while the representatives The right-wing conservative axis sometimes does not even attend meetings of working groups that they have applied for themselves or that they have agreed to set up. It is obvious who is fighting for climate protection in Innsbruck and who is involved in party politics.

See also  No Way Home, Andrew Garfield and Tom Holland on a roof in the new photo leak?

Rarely have the fractions in the municipal council been so unanimous that the mayor puts his own interests above those of the citizens of Innsbruck, explains the “For Innsbruck” list in a broadcast. The internal power struggle that also broke out as a result of the state elections apparently forces him to decide on his candidacy in two years and to keep opponents within the party at bay. The fear seems to be great. As is well known, all women at the top were replaced at state level. Only Mair and Kaltschmid could stay. “Instead of working for the city and its people, the mayor is primarily concerned with himself. Social media, surveys and election campaigns are obviously closer to him than the technical work for the people in our city.” For Innsbruck club chairman GR Lucas Krackl and adds: “Everything is going far too slowly with the housing allocation guidelines for Innsbruck’s medium-sized companies, the preparation of new urban housing projects is noticeably on hold, cycle paths in Hötting are being pushed to the sidelines, the renovation of the old town is faltering and is not getting off the ground and courageous measures for climate protection and energy transition are obviously not an issue in Willis’ universe anyway”. There can only be one conclusion as to why Willis himself announced his candidacy two years before the next municipal council election. Apparently there is a risk of a shift in the internal power structure. “It is highly remarkable when an incumbent mayor, two years before the election, is in a great hurry to personally announce his candidacy. That wouldn’t have to be the case if he were undisputed internally. But he’s clearly not and the internal pressure and power struggle around regional councilor Gabi Fischer is obviously getting too great,” says Krackl.

“Apart from his closest adviser, women have little place in Willis’s understanding of politics. The first frontal attack on Uschi Schwarzl came as early as 2006, when he undermined her top candidacy and advertised himself as a mayoral candidate in a cloak-and-dagger operation. Now both are in the government and with every application to be voted out of office or removed from a department, you don’t feel any support from the green mayor for his party colleague. How long is this supposed to work? Literally under the wheels of Willis – with the help of GR Onay – the most successful city politician to date for the implementation of green projects, Deputy Mayor Sonja Pitscheider, also got under Willis’s wheels,” remembers Krackl. “Willi is only concerned with herself. Depending on whether Schwarzl will still be able to be responsible for all of her departments in the fall, parts of the Greens will already put the outgoing Innsbruck regional councilor Gabi Fischer in position after her impressive speeches on social issues in the last municipal council. A woman who stands in the way of the big Willi show? That would probably be too great a disruptive factor for a vain mayor. Then he prefers to announce that there will be no place next to him in two years,” concludes Krackl.

See also  Caroline van der Plas through the dust twice: 'My head is on the chopping block' - De Stentor

“Even if the statements made by Innsbruck’s green mayor in an interview with the Tiroler Tageszeitung should actually be sharply criticized, pity for Georg Willi’s self-pity now almost predominates,” explains GR Gerald Depaoli in a broadcast. “Georg Willi, who had to admit in a query response to a query from the just Innsbruck that he did not complete many of the municipal council’s orders, is apparently unaware in his almost weeping self-pity that not other municipal council factions, but he himself is demonstrably the “brakeman”. Georg Willi is also not aware that it was and is his fatal personnel policy that led to the fact that the city council not only rumbled among the employees, but is already shaking! This is also the reason why some offices, i.e. employees in the city council, no longer have any trust in the Innsbruck mayor, except perhaps for his office management. There can be no question that the municipal council has no trust in the offices, as Georg Willi somehow says in this interview. If that were actually the case, then the question arises as to why, as mayor, he hasn’t done anything to counteract this to date,” municipal councilor Gerald Depaoli corrected with a counter-question. “It is embarrassing that Georg Willi, in his self-pitying interview with the Tiroler Tageszeitung, blames inquiries from the municipal council for the poor working atmosphere in the city council, but somehow understandable from his personal point of view. Therefore understandable, because the green Georg Willi does not like the inquiries, mainly those of the just Innsbruck, the answering of the inquiries to the inquiries lead again and again to the fact that the unrealistic Willi is confronted with his own political reality, and he proves himself with his own political mistakes in the municipal council in public.”, according to GR Gerald Depaoli.

“Georg Willi is ultimately at liberty that he is expecting a power shift in his head after the upcoming municipal council elections, which should enable him to realize his ideological world view in Innsbruck. But the sad reality is: poor Georg Willi lives in his own world full of self-pity and dreams of green castles in the air!‘ concludes Councilor Gerald Depaoli.

More news from Innsbruck can be found here