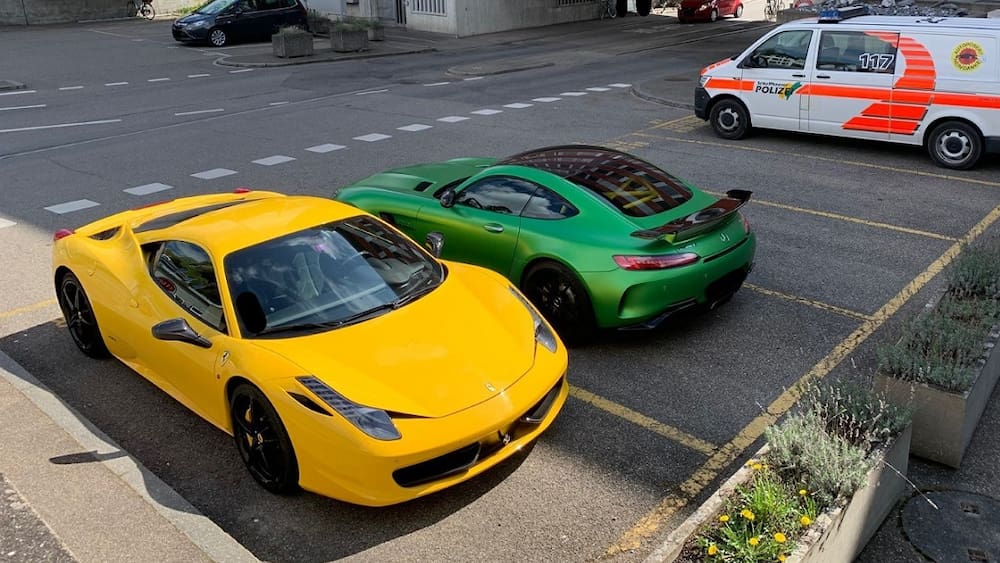 With a yellow Lamborghini and a bright green Mercedes, two young men raced through the city of Schaffhausen on Saturday afternoon.

The police received several reports between 12 and 1 p.m. that two conspicuous sports cars were driving, some at excessive speed. And not only that: the cars would also make a lot of noise. And so the police stopped the luxury sleds with non-cantonal license plates.

Two men aged 18 and 22 sat behind the handlebars. They had rented the high-horsepower cars. The posers have now received an ad and must answer to the public prosecutor’s office in Schaffhausen, traffic department, as reported by the Schaffhausen police.

Previously, posers caused trouble in the canton of Zurich. Several car fans met on Friday evening at the Kemptthal rest area. Here, too, the police had to move out. Around 50 Poser carts and their owners were checked.

The police carried out the check based on information, the Zurich cantonal police said on Easter Saturday night. The inspection took about three hours. The meeting broke up by itself when the police arrived. The participants came from several cantons and from neighboring countries.

29 cars were stopped and checked

The Bern cantonal police also had work to do. 14 Posers in the greater Biel area were reported during a vehicle inspection on Good Friday. Those affected were noticed by noise such as the roaring of the engine and by acceleration manoeuvres. Three cars were seized after a technical check.

During traffic surveillance at various locations in the afternoon and evening of Good Friday, 29 vehicles were stopped for closer inspection, as the Bern cantonal police announced on Saturday. For further clarification, 15 cars were accompanied to the traffic inspection center in Orpund, where they were technically checked by specialists.

See also  one in three French people is affected, without necessarily knowing it

Autoposers are people who want to attract attention with their vehicles. The cars used for this are usually characterized by powerful engines and technical upgrades. (jmh/SDA)