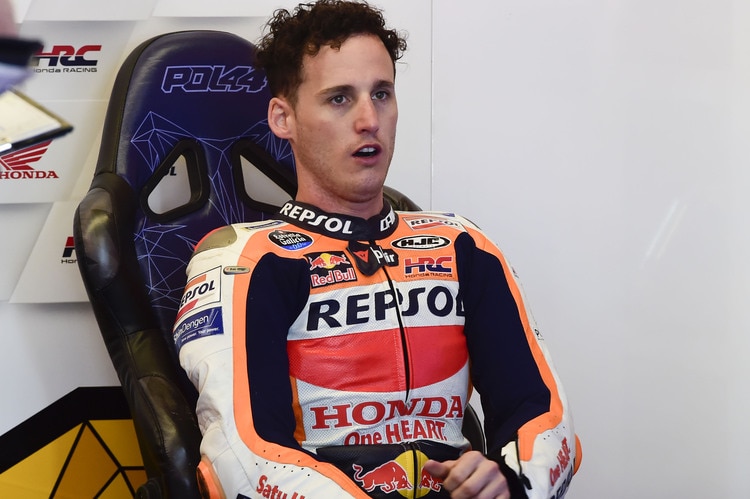 Following Suzuki’s retirement from the MotoGP World Championship, Joan Mir is brought into play at Repsol Honda for 2023. Honda factory driver Pol Espargaró disagreed with the reporting on Thursday.

Pol Espargaró has been riding alongside superstar Marc Márquez for the Repsol Honda Team since last year. The former Yamaha and KTM rider has a valid contract until the end of the season and until there is nothing official about his future or his current seat, he believes discussions of this kind are pointless. Before the race at Le Mans, he prefers to concentrate on his job on the racetrack.

Suzuki announced its exit from the MotoGP class, putting a number of rider positions at risk. The seat of Pol Espargaró was also mentioned very often, as Joan Mir is a prime candidate at Repsol Honda. “We live in a world where we are increasingly accompanied by ‘fake news’,” he blurted out. “It started with an Italian journalist who asked me something after the last race. All I can say is it’s not true, it’s not true. We see it all over the world, you can’t get these false reports under control.”

“In the end I can say that as long as nothing is official, I do not comment on rumours. I’ll be in this team until the final in Valencia, when we have official news we’ll talk about it again,” stressed an angry Pol Espargaró. “Right now I’m fine with Honda and they are fine with me. We will work hard this weekend and hope for a good race. I’m the second best Honda rider, just behind Marc and I got the only podium for the team in 2022.”

Is he still worried about his place in the Repsol Honda Team? “No more than in the past,” said the 30-year-old Spaniard. “It is what it is, everyone wants to have their future in the bag as soon as possible. My manager speaks to the parties, including Honda. I’m a MotoGP racer and I want to stay here. If I can’t stay, I’ll drive somewhere else, or I’ll become a team manager. I’ve had an incredible athletic career, no matter what, it’s been a great time. Still, I would like to stay in the MotoGP class as a rider.”

“I’ve been in a similar situation many times. As a private driver, I had to renew my contract every year, it was always the same situation and I survived it,” the hothead clarified at the end of the press round in France.

Championship status after 6 of 21 Grand Prix: