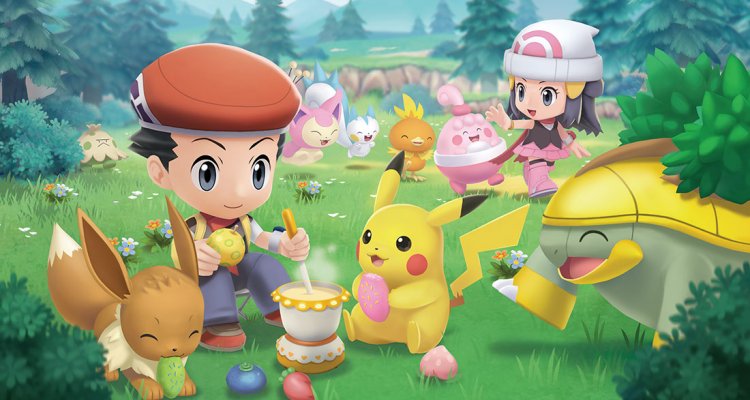 Two years ago Masuda’s birthday was not unforgettable due to the controversy related to Pokémon Sword and Shield, but the developers have decided to pay tribute to the author, considered the father of the pokemon franchise, inserting the effect into the game diamond dust.

Visible only once a year on this day, in order to celebrate precisely the Junichi Masuda’s birthday, the effect adds a special atmosphere to the snowy sky of Snowpoint City, and players have greatly appreciated this surprise.

Capable of totaling sales of 6 million copies in the first week, Pokémon Shining Diamond and Shining Pearl are undoubtedly a success for the series. Nintendo, yet another in almost twenty-seven years of history.

If you are a fan of the franchise you will clearly be eagerly awaiting the next release, Pokémon Legends: Arceus, shown with a trailer dedicated to the region of Hisui which is actually none other than the Sinnoh of the past.