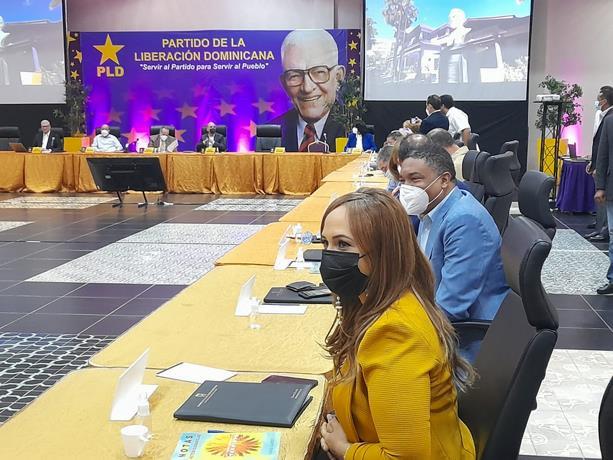 The Political Committee of the Dominican Liberation Party (PLD) made the decision this Thursday not to appeal to the ruling of the Superior Administrative Court (TSA), which annuls the resolution of the Central Electoral Board (JCE), on the majority parties and the distribution of public funds.

Resolution number 01-2021 of the JCE determined that only the Modern Revolutionary Party (PRM) and the PLD had acquired enough votes for the distribution of 80% of public funds.

However, the TSA ruling recognized the Fuerza del Pueblo (FP) and the Revolucionario Dominicano (PRD) parties as the majority forces. Following this decision, last week the Political Committee announced that it would file an appeal before the Supreme Court of Justice.

In the morning hours of this Thursday the meeting was held where the media did not have access and after the departure of the party members, the secretary general of the Dominican Liberation Party, Charlie Mariotti, only limited himself to saying that “the Secretariat for Legal Affairs will issue a statement.”

“In this sense, the PLD, after a process of reflection on the importance of contributing to the strengthening of the party system, has decided not to resort to the TSA ruling, despite the fact that said ruling lacks the most elementary legal grounds for elevate access to public funds by political parties to a fundamental right; and to decide to apply the principle of favorability in an accommodative manner in a situation in which it is notoriously inappropriate, ”says a press release published by the PLD.

Likewise, the aforementioned organization attributes that it made the decision “not only in favor of one party, as ordered by the judicial decision, but in a transversal manner to all parties, groups and political movements of the system, so as not to affect those other political organizations” .

With this provision they highlight that the other organizations will receive a greater amount of economic resources for their operation and operation.

“In addition, the Dominican Liberation Party takes the opportunity to denounce that with the immediate execution of the sentence, despite the prohibition expressly established in the TSA decision, the Central Electoral Board has flagrantly violated the principle of legality, all Every time that Law 834 of 1978 and Law 3726 of Cassation, modified by Law 491-08, establishes that no sentence irrevocably acquires the authority and force of res judicata while the legal term for appeal; This decision is of great concern to the PLD because this fact represents an act of partiality by an arbitrator who is called upon to be impartial, ”said the purple side.