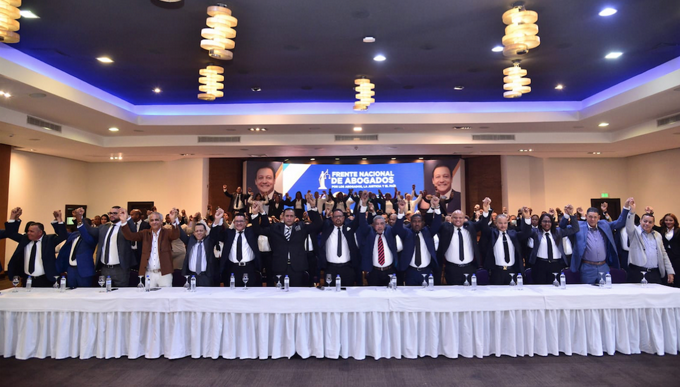 Dozens of lawyers from the Dominican Liberation Party (PLD), grouped in the Legal Dignity Current, yesterday offered their support to the candidacy for the Presidency of the mayor of Santiago, Abel Martinez.

The support was announced in a press conference led by the national president of the Legal Dignity current, Dr. Diego José García, who affirmed that more than 75% of the enrollment of that union joined to work for the presidential aspirations of the President of the Chamber of Deputies.

He reported that work has already begun at the national level, to ensure “an irrefutable victory” for the current mayor of Santiago in the internal consultations that the PLD will hold in October and pave the way to the Presidency in 2024.

“The addresses of this guild in the National District and the Santo Domingo province, became unanimously to support the candidacy of Abel Martínez, and in the same way they joined, of the 32 provincial directorates, 24 unanimously, and the remaining eight have more than 60% support,” said Diego García, former president of the Dominican Republic Bar Association (CARD).