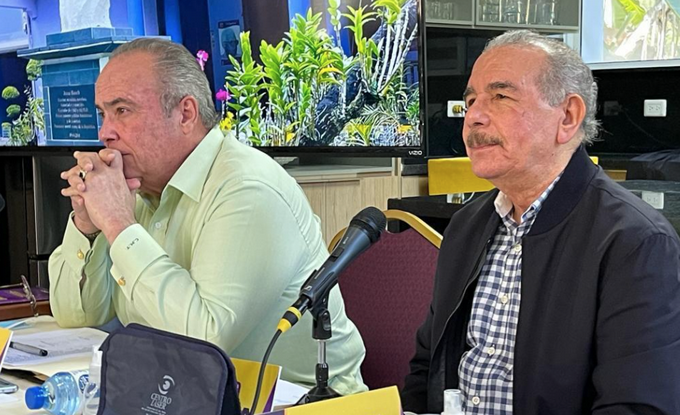 PLD denies that it negotiates political barter for constitutional reform

With the information that their Political Committee is meeting “on the outskirts of the city,” they suggested rumors that the Dominican Liberation Party (PLD) would be pondering the idea of ​​supporting the Constitutional reform proposed by the Executive Branch in exchange for former President Danilo Medina’s impediment being removed and he being able to participate in the next election tournament.

However, the member of the Political Committee and also secretary of legal affairs of the opposition party, José Dantés Díaz, ruled out that possibilityemphasizing the rejection shown by that entity before the proposal of the Government headed by Luis Abinader.

“The Political Committee of the PLD decided, weeks ago, not support the constitutional reform proposal, for inopportune. It is not a priority in these circumstances of the quasi-systemic crisis that the country is suffering. The government must prioritize actions that benefit the majority,” Dantes said.

Through a press release, the PLD said that the meeting is an “ordinary meeting” that corresponds to May, addressing internal process issues dominated by the implementation of the organizational and electoral line and the consultation of the candidates with the highest degree of sympathy scheduled to be held next October.

“The meeting takes place on the outskirts of the capital, in a country house, to broadly address the scheduled issues in which internal aspects prevail, in which party reorganization predominates and the consultation for the choice of who will head the PLD presidential ticket, “says the statement.

The meeting, which ended around 5:30 in the afternoon, was headed by the former president himself, Secretary General Charlie Mariotti; in addition to the presidential candidates Abel Martínez, Francisco Domínguez Brito, Margarita Cedeño, Luis de León, Karen Ricardo and Maritza Hernández.

The LISTÍN DIARIO tried to communicate with the general secretary of the PLD without any success.

According to the communications secretary of the former ruling party, Héctor Olivo, the meeting was to review, together with the Organizing Commission of the Consultation on Presidential Candidates (Conap), the “consultation” process, with which they seek to determine who is the most advantageous presidential candidate.

What the proposal says

The piece proposes the modification of the powers of the Attorney General of the Republic, starting by changing the name to “Attorney General”, In addition to delimiting that the candidates to compose the Central Electoral Board (JCE) and the high courts do not appear in the register of any political party in the five years prior to their election and unifying the presidential and congressional elections with the municipal ones, so that the they are held on the third Sunday of May of the electoral year.

Yesterday the PLD affirmed that cordiality and camaraderie prevailed in the meeting of the Political Committee, in which the presidential candidates of the organization also participated, who, during a break in the meeting, posed together, thus demonstrating the unitary spirit that guides their actions with with a view to the national electoral competition of 2024.