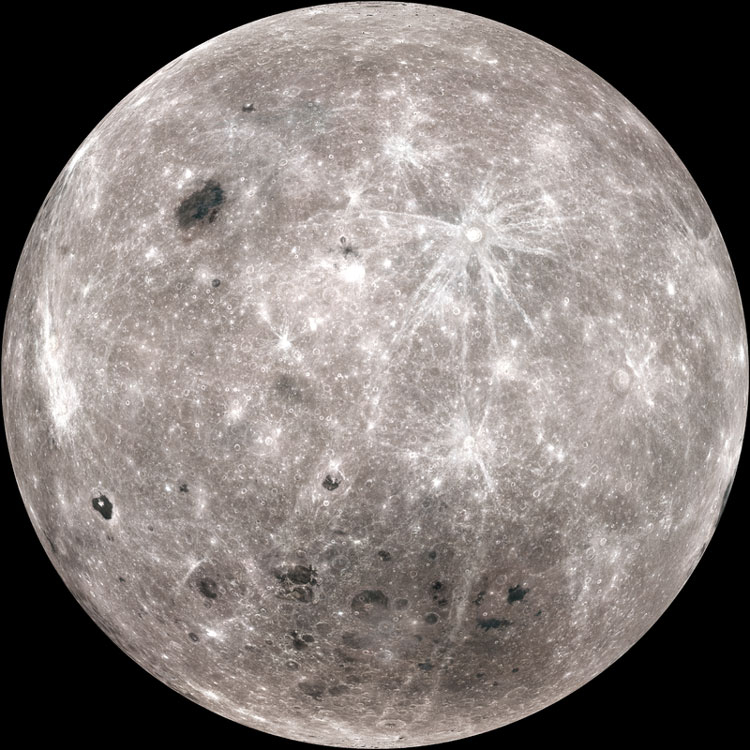 Planetologists explain the differences between the sides of the moon

Seen from the Earth and the far side of the Moon are very different from each other. The surface of the Moon facing the Earth is rich in lunar seas – vast areas of solidified lava flows from the ancient volcanic activity of our natural satellite, while the reverse side has almost no such formations. Moreover, the chemical composition of lunar rocks on both “halves” of the Moon is also different, which scientists have tried to substantiate using modeling.


Another side of the moon. The shaded area at the bottom is the South Pole-Aitken Basin. Image Source: LRO NASA

Planetary scientists from Brown University, in collaboration with colleagues from Purdue University, the Lunar and Planetary Science Laboratory in Arizona, Stanford University, and the NASA Jet Propulsion Laboratory, have performed computer simulations of the geological processes – the behavior of the interior of the Moon – during the impact of a colossal impactor. The result of this impact can be observed with one’s own eyes on the largest impact crater in the solar system, located in the region of the South Pole of the Moon.

Scientists believe with almost 100 percent certainty that the South Pole-Aitken Basin region on the Moon is an impact crater with sides of 2400 × 2050 km. The impact hit the Moon more than 4 billion years ago and created a powerful flow of thermal energy, which launched significant volcanic activity on the visible side of the Moon, which led to the formation of “seas”, as well as a significant increase in the concentration near the surface of the Moon on the visible side of such chemical elements, as phosphorus, potassium and rare earth elements (the so-called KREEP-rocks).

The simulations showed that no matter at what angle a huge celestial body crashed into the Moon, the impact energy would unequivocally lead to what we are seeing – an excess of KREEP minerals on the visible side, and even diluted with a significant amount of radioactive heat-generating substances, such as thorium, which under normal conditions of the geological development of the planets do not mix. At the same time, scientists admit that they only presented the most likely hypothesis for the development of events. In the future, when the moon becomes a home for colonists or automatic stations begin to extract samples from the caves and bowels of our satellite, this hypothesis can be refuted or confirmed.