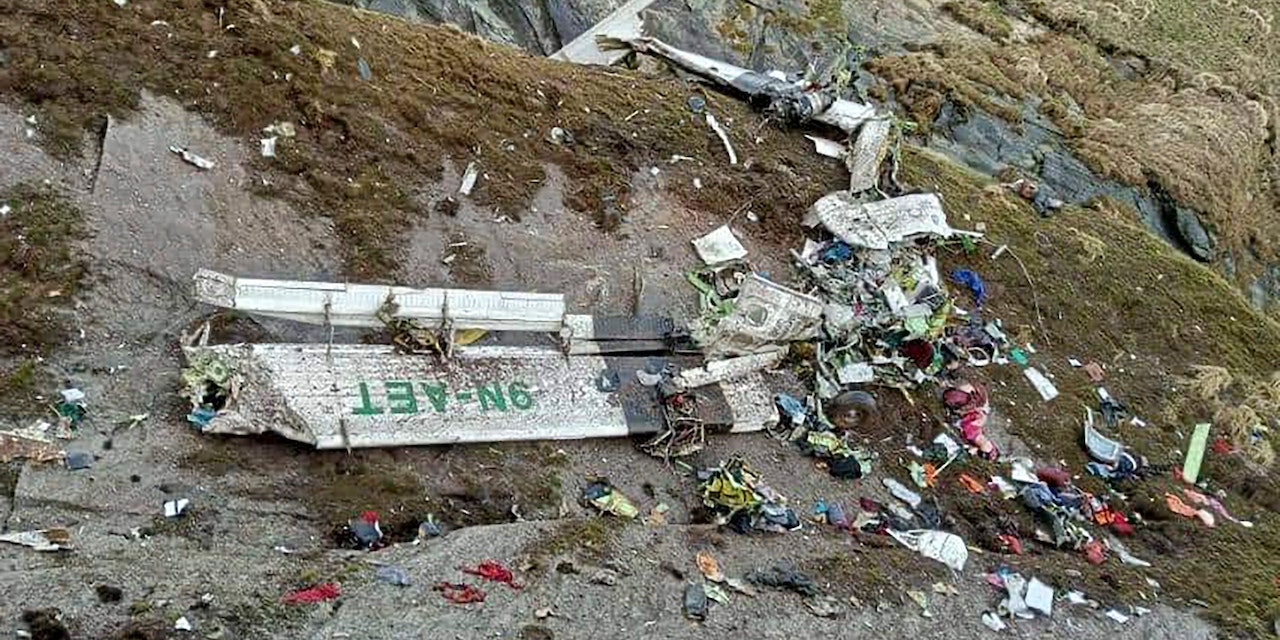 Contact with the small aircraft broke off shortly after take-off on Sunday morning. The bodies of the 22 people on board have since been recovered.

The bodies of 22 people on board have been found after a plane crashed in Nepal. Now the identification of the dead can begin. The machine has been missing since Sunday. The 19 passengers were two Germans, four Indians and 13 Nepalese.

The Tara Air plane was en route for a 20-minute flight from Pokhara to the mountain town of Jomsom. Shortly before landing, contact with the aircraft was lost over an area with deep river gorges and mountain peaks. The short route from Pokhara, 200 kilometers east of the capital Kathmandu, to Jomsom is popular with climbers from abroad. Pilgrims from India and Nepal also visit the Muktinath Temple in the area.

The wreckage of the plane was discovered by villagers who were searching the area for the Chinese caterpillar fungus, commonly referred to as Himalayan Viagra, local media reported. The Setopati website quoted a villager, Bishal Magar, as saying they heard about the missing plane on Sunday. However, they only reached the crash site on Monday morning after following the smell of fuel.

The 43-year-old crashed plane was a Twin Otter, a rugged aircraft originally built by Canadian aircraft manufacturer De Havilland. The model has been used in Nepal for about 50 years and has been involved in about 20 accidents during that time, according to website Aviationnepal.com.