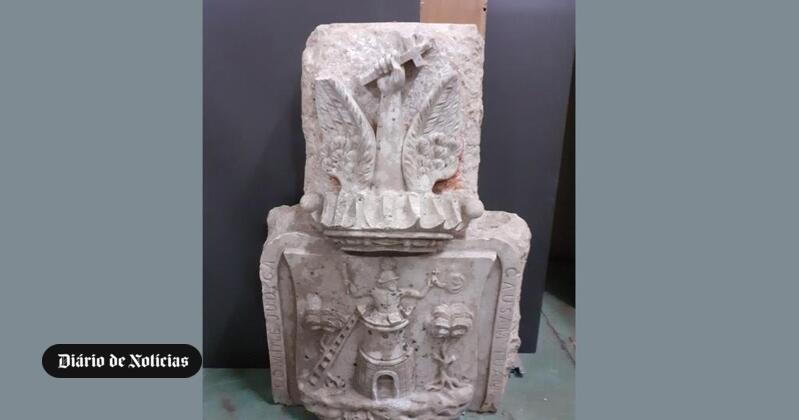 PJ seizes Coat of Arms of the Counts of Avilez

The Judiciary Police (PJ) located and seized a 19th-century stone coat of arms, stolen in the 1990s from the facade of the chapel of Tapada dos Condes de Avilez, in Santiago do Cacém.

In a statement, the PJ states that the so-called “Coat of Arms of the Counts of Avilez” was located in the city of Porto.

According to the same source, this coat of arms had been stolen in the 1990s from the façade of the chapel of Tapada dos Condes de Avilez, in Santiago do Cacém, in the district of Setúbal, being the property of this municipality.

Contacted by the Lusa agency, the mayor of Santiago do Cacém, Álvaro Beijinha, explained that, about a week ago, the municipality filed a complaint with the Judiciary Police, after having received a complaint warning of an alleged sale of the piece. at an auction house.

“Last week, a person alerted us that an auctioneer was selling a piece that appeared to be [o brasão] stolen a few years ago in Santiago do Cacém”, he revealed.

After “some technicians from the municipality, linked to the heritage, confirmed that it was the same piece, the chamber decided to file a complaint with the Judiciary Police, which, in a few days, recovered it”, he said.

“The camera technicians will now identify the piece, but everything indicates that it is the coat of arms that disappeared from the facade of the Tapada chapel” of the Castle of Santiago do Cacém, which is now returned to the possession of the municipality, he concluded.