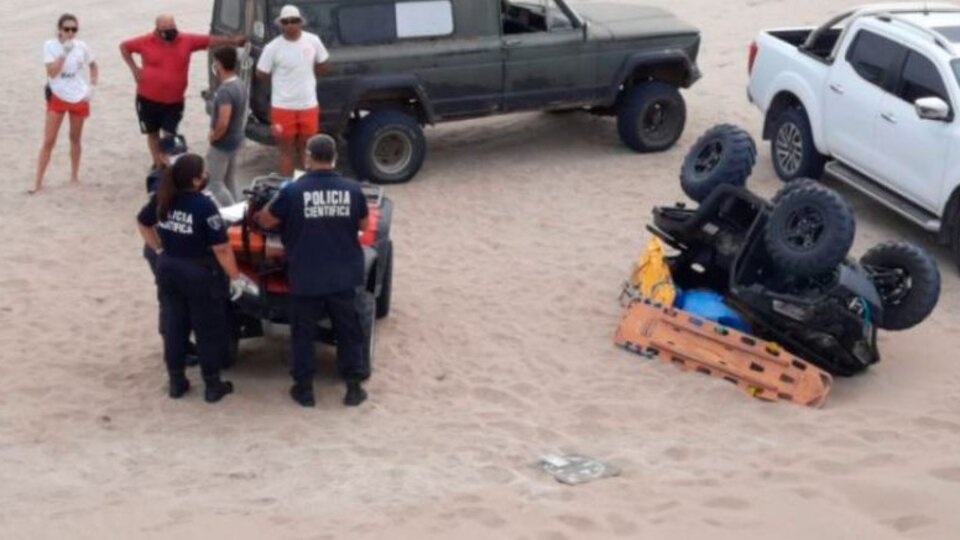 Pinamar: the companions of the woman who died in the quadricycle are discharged | The accident occurred in an area where vehicles are prohibited

The two children and the friend of the woman who died on Wednesday after performing a bad maneuver while driving an ATV through an area of ​​dunes between Pinamar and Costa Esmeralda were discharged from the municipal hospital of the Buenos Aires party of Pinamar.

The accident occurred around 4:30 p.m., in a private area between Pinamar Norte and Costa Esmeralda, bordering the La Costa district, when Agustina Queirel was driving a 625cc 4×4, CForce brand, accompanied by her two children, 2 and 7 years old. , and a friend, at a time when he apparently made a bad maneuver and overturned the car.

Immediately, police, medical and rescue personnel went to the scene after a call to 911, but it was found that Queirel died on the spot, due to the blows he received to his head, while his two children and his friend, Denk, were assisted and transferred to the municipal hospital of Pinamar.

Sources of the investigation indicated that the four occupants of the vehicle did not wear helmets, or any other type of protection that is recommended and is mandatory to drive this type of vehicle. From the Secretary of Security of Pinamar they indicated that the accident occurred in a private area, without municipal interference, and at the same time they clarified that in this sector the circulation of any type of vehicles is prohibited. In addition, he specified that this area is “clearly” marked and demarcated with a number of signs that indicate which area is suitable and which is not.

Some testimonies collected by sources of the investigation indicated that the quadricycle, which had been bought a few days ago, was carrying out maneuvers that showed recklessness on the part of the driver.

See also  Minister of Economy is the richest, Costa is one of those with the most houses

Agustina Queirel was a native of Corrientes and had arrived a few days ago to vacation with her family at the Costa Esmeralda spa.