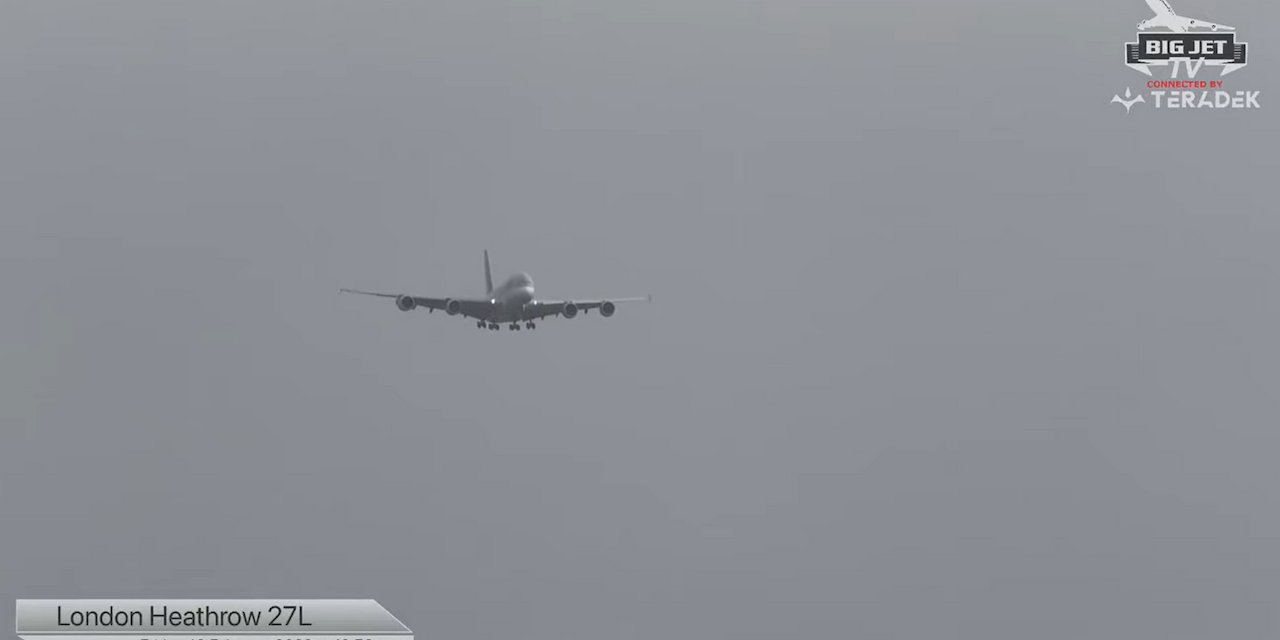 In the live stream, viewers from all over the world followed how the machines battled the gusts of wind on the approach to Heathrow Airport.

The storm Eunice, which bears the name Zeynep in most European countries, has been sweeping across Great Britain since Friday morning. London has declared the highest alert level.

The hurricane gusts also make life difficult for many pilots. This shows a live stream from London Heathrow Airport. Since Friday morning, the YouTube channel “Big Jet TV” has been broadcasting the landing approaches of various aircraft, with hundreds of thousands of people watching live.

The person responsible for the stream inspired the online community primarily with his live commentary on the events. “Oh, look at that. That was close,” is the conclusion, for example, after a plane begins to sway. The video now has over six million views.

Next storm coming on Sunday

Train services across the country are severely restricted. Several people in the Netherlands and Ireland have been hit and died by falling trees.

The intensity of the storm slowly but surely diminished on Friday evening, at least in the UK. The Benelux countries and Germany are currently hardest hit, with three people killed by falling trees in the Netherlands. Zeynep, as the storm is known in most European countries, is likely to move further east over the course of the weekend. The next storm is already looming on Sunday, which a meteorologist estimates will be less severe overall, but will also affect Switzerland noticeably.

See also  Up to 883,000 saw the start of the ORF "Love Stories and Marriage Matters"