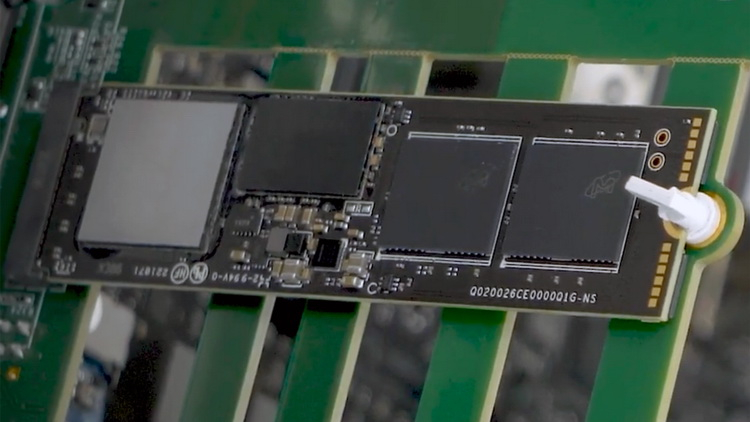 Phison shows how a PCIe 5.0 drive performs with read speeds above 12 GB / s

Phison showed a prototype NVMe solid-state drive based on the PS5026-E26 controller announced at the beginning of the year with a PCIe 5.0 x4 interface. This chip will be used in high-performance models of M.2 gaming SSDs, as well as in enterprise-level solutions.

With the PCIe 5.0 x4 interface’s ability to deliver up to 15.8 GB/s of bandwidth in both directions, drives using it will be significantly faster than current PCIe 4.0 solutions. In addition, next-generation SSDs based on future PCIe 5.0-enabled controllers will be able to offer larger capacities and improved reliability compared to current solutions.

Phison showed NVMe storage on the PS5026-E26 controller, equipped with 1 TB of 3D TLC NAND memory from Micron. The maximum sequential read speed of the SSD was 12,457 MB / s, and writes – at the level of 10,023 MB / s (CrystalDiskMark data). As for the performance of random read and write operations of 4K blocks, they reach values ​​of 1.31 and 1.16 million IOPS, respectively. These numbers are significantly higher than most consumer PCIe 4.0 x4 SSD models. 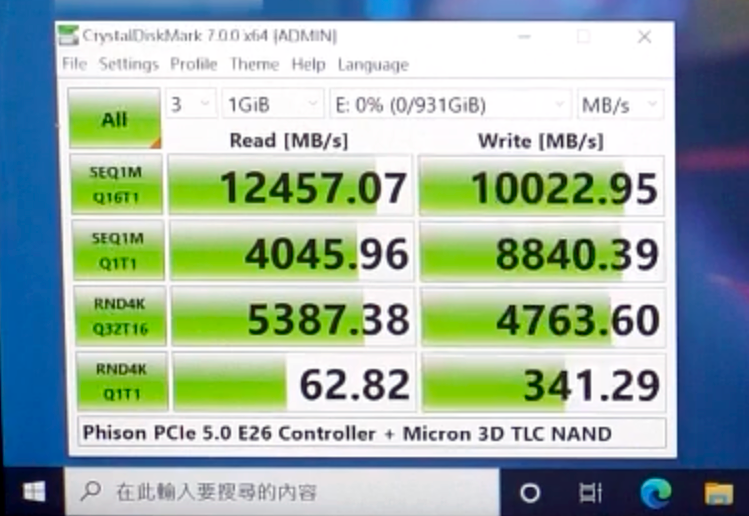 The first generation of the Phison PS5026-E26 controller contains Arm Cortex-R5 cores, and also uses specialized CoXProcessor 2.0 cores. The controller can work with any type of 3D NAND flash memory that complies with Toggle 5.0 and ONFi 5.0 specifications, and operates at frequencies up to 2400 MHz. Since Phison positions this controller as the basis not only for consumer SSD models, but also for enterprise-level solutions, the chip also offers support for features such as PCIe Dual Port for U.3 drives, Single Root I/O Virtualization (SR- IOV), as well as the possibility of zonal recording of the same type of data – Zone Namespaces (ZNS).

The company did not say when the first consumer drives based on the PS5026-E26 controller will be available. However, last year the manufacturer said that the first PCIe 5.0 x4 SSDs should hit the market in the second half of 2022.