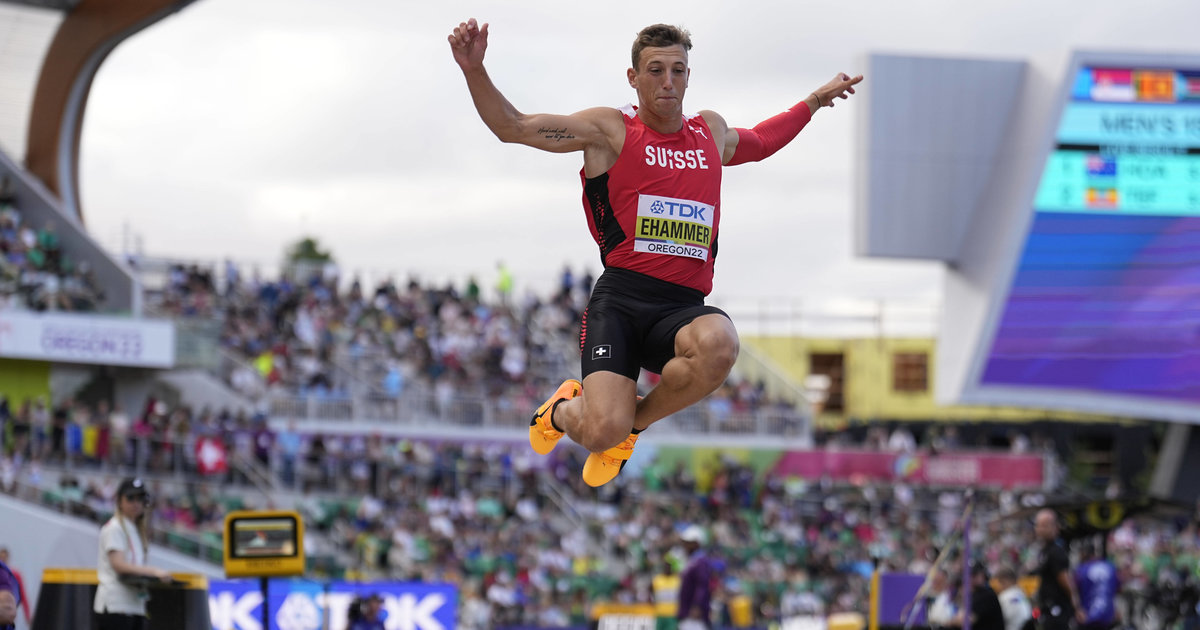 Philipp Bandi: “Swiss athletics has not yet reached its peak”

A bronze medal for Simon Ehammer in the long jump along with six other places in the top 8: never before had the Swiss delegation returned from the World Championships in Athletics with as many significant results as this year from Eugene in the United States . The rest of the summer promises to be just as exciting: Swiss Athletics is sending a record number of 31 youngsters to the Under-20 Worlds (August 1-6) and hopes to have more than 50 representatives at the European Championships in Munich ( August 11-21), with a target of five medals.

For Philipp Bandi, technical director of the federation after having participated in the 5000 meters of the Beijing Olympics in 2008, the current situation contrasts sharply with the off years of the discipline in the country. And that might just be the start.

Le Temps: You were a long-distance runner during the 2000s, when Switzerland had little success in major international competitions. What was the problem?

Philip Bandi: Often, the Swiss federation set more stringent qualification criteria than those of international bodies. It was also more difficult to earn a living with sport… It was a very different time. There really was a change when Switzerland obtained the organization of the 2014 European Championships. Swiss Athletics, which experienced difficult periods financially, then received federal aid which enabled it to review its structures and to offer new perspectives to athletes, via various projects such as the Kids Cup, to encourage practice among children, or the system of Swiss Starters, athletes of international level who receive subsidies from the federation.

Switzerland at the recent Eugene World Championships: 25 athletes, 7 places in the top 8, 1 medal. What is the most important number for you?

The 25 athletes. This record delegation means that we have the quantity: many world-class sportsmen and women, of different ages, in various disciplines. From there, we can worry about quality, and we already have it: 7 places in the top 8 is also unheard of for Switzerland.

Is Simon Ehammer’s bronze medal in the long jump a surprise?

I was sure he had the means to get on the podium. But if we look at historical statistics, Switzerland cannot “demand” one medal per edition of the Worlds. For Simon, it was played at 1 centimeter! It’s nothing. But it can make a big difference for the future. This medal tells all the young athletes in the country that they too, if they work hard enough, will have the opportunity to earn one. It was the same in 2019 in Doha with Mujinga Kambundji’s bronze in the 200 meters. It’s also important for the public, who only remembers the medals, and to attract potential new sponsors.

What part of a medal at the Worlds is due to the efficiency of the structures of Swiss Athletics?

Clearly, the athlete does the heavy lifting, along with their personal trainer. The role of the federation is in the background: we must simplify the lives of our sportsmen and women, put them in the best possible position so that they can concentrate on their performance. Today, our structures are of such quality that they do not prevent the best athletes from winning medals, and that is the main thing.

The Swiss delegations at major meetings are always larger. Is it a deliberate strategy or the simple consequence of good results?

Both. At the start, there is this decision to send to international competitions all the athletes who achieve the minimums. This has allowed many of them to gain experience, progress, achieve results, and inspire future generations. We truly realize that today’s successes lead to tomorrow’s successes.

In Eugene, when counting the places in the top 8, Switzerland finished 25th nation in the world and 12th in Europe. Is this level its peak?

I’m sure we can still do better. In Eugene, many young athletes had a first experience and saw the gap that separated them from the best in the world, then they returned with the desire to invest even more to do better next time. Take athletes born in 2000, like Simon Ehammer: they are 21 or 22 years old, and can project themselves eight to ten years at the highest level. This represents four or five editions of the Worlds, two of the Olympic Games. They have time to build on the baggage acquired today.

High jumper Loïc Gasch was only able to become a full professional after becoming vice-world indoor champion. It is still very difficult to make a living from athletics in Switzerland…

It’s true, this is an area where there is room for improvement. But the situations are very different. I think it is still possible to combine certain jobs, certainly not 100%, with high-level training. Moreover, following part-time studies is perfectly compatible with athletics, better, it can help to take your mind off things. But it is clear that in the best years of a sports career, say between 26 and 32 years old, the ideal is to devote yourself to it full time, and this is not necessarily easy. It can involve a risk, or a life where you don’t make a lot of money.

Shortly before the Worlds, Alex Wilson, national record holder in the 100 meters and 200 meters, received a four-year suspension for doping. How do you deal with this situation?

This is obviously not the image we want to give, but I believe that there are enough good things in Swiss athletics to limit the image damage. Nevertheless, this case encourages us not to relax our efforts of prevention and information about what is authorized, and what is not. Afterwards, we do not have absolute control over individual behaviors and, unfortunately, a matter like this can sometimes arise.